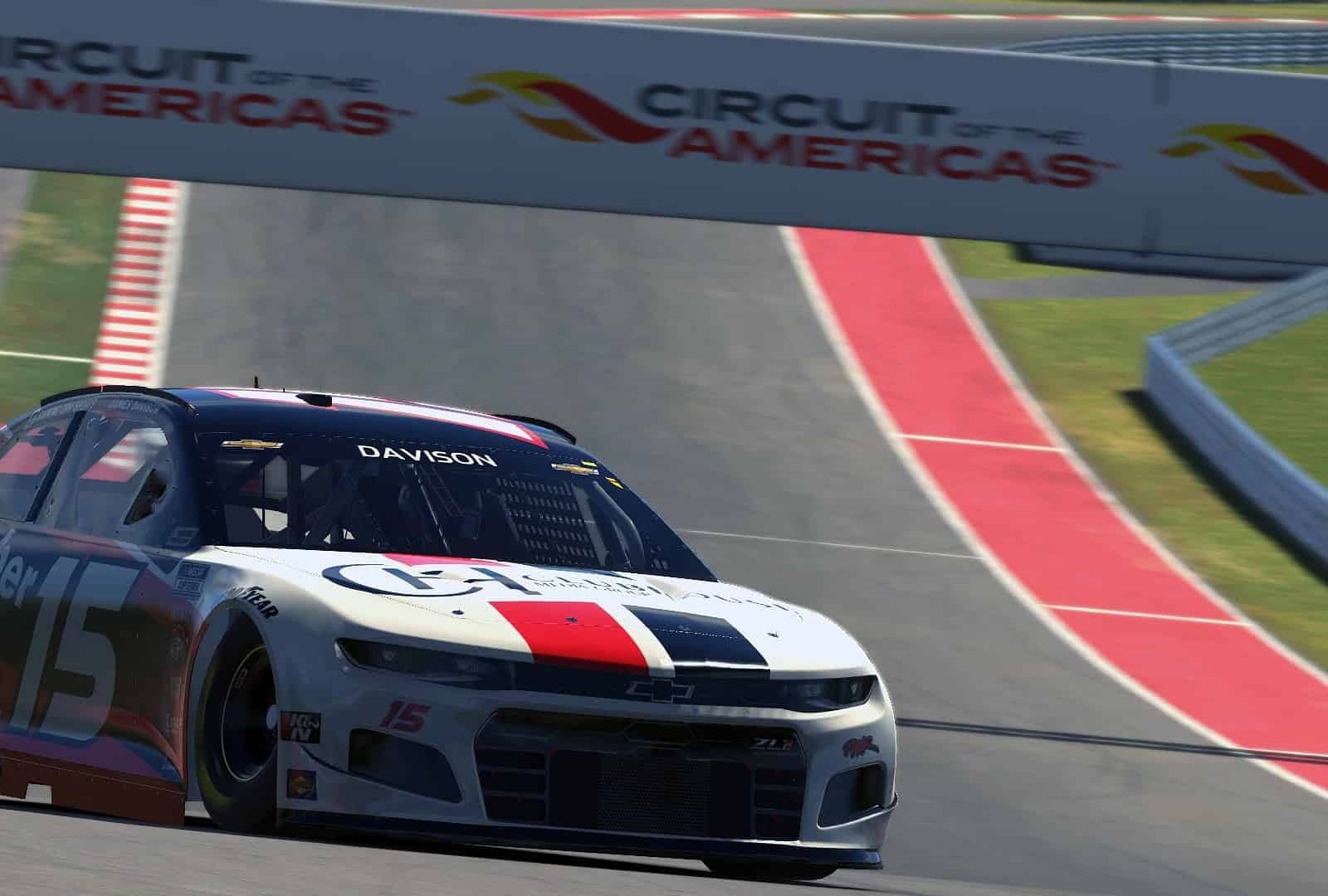 Taking home the victory in Wednesday night’s (May 19) eNASCAR iRacing Pro Invitational Series event at the newest track on the NASCAR schedule, Circuit of the Americas, was James Davison.

“It took a lot of concentration to keep the car straight,” Davison told Fox Sports 1. “This is my wheelhouse, road-course racing. I sat on the pole here in IMSA a few years ago.”

When asked about the real racing on Sunday, Davison sounded fairly confident in his team, Rick Ware Racing, given its circumstances.

“With some attrition, we feel like we could get a top 20 given our underfunded situation,” Davison said.

COTA is set to host all three of NASCAR’s top series for the inaugural race weekend at the track. This will be the second Cup Series road course race of the season, with Christopher Bell winning the first event at the Daytona Road Course back in February.

Before the real world racing, the iRacing event helped get everyone ready for Sunday’s challenging race. Davison started on pole and never looked back, as he utilized his road-racing experience to his advantage.

For some, this was one of the toughest tracks to adapt to on the simulator. Drivers like Chase Elliott, Kevin Harvick and Martin Truex Jr. all struggled even though they are expected to be contenders come Sunday.

William Byron, who is usually considered the favorite in these iRacing events, had a solid race, finishing third.

Davison led every lap Wednesday, marking the first time anyone has done that in any Pro Invitational event the last two seasons. He has his fair share of experience on iRacing, as he uses it on a daily basis and is considered one of the better drivers when it comes to the sim.

Many drivers had their fair share of struggles tonight with several incidents. As he was being lapped, Clint Bowyer had a moment with Davison midway through the race where he spun sideways, and did so again with 10 laps to go. Luckily, disaster was avoided both times and both drivers continued on.

Anthony Alfredo was Davison’s closest competitor all night long and came home with a runner-up finish.

Behind them, Byron, Tyler Reddick and Chris Buescher completed the top five.

The next eNASCAR iRacing Pro Invitational Series event will take place in two weeks (June 2) at the brand new and fictional (for now) Chicago Street Course. Coverage will begin on Fox Sports 1 at 8 p.m. ET.