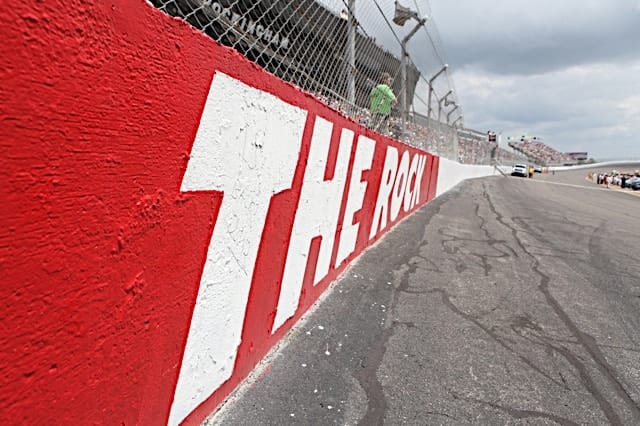 This week, it was revealed by North Carolina Governor Roy Cooper that a portion of the American Relief Plan allocated to the state, $30 million in total, would be awarded to three racetracks located in the state: Rockingham Speedway, Charlotte Motor Speedway and, surprisingly, North Wilkesboro Speedway.

There are catches to the federal money. First and foremost, this is legislation that must get through the North Carolina legislature. If it does that, the three tracks will need to also contribute at least $2.5 million of their own money in order to help finance any project their $10 million payment will go toward, and if the tracks agree to the funds, they must hold at least five new annual events over a three-year span.

Before anybody gets too excited, keep this in mind. North Wilkesboro will need to basically be completely rebuilt — new pavement, new buildings, new grandstands. That’s going to cost way, way more than the $10 million provided by the state, the $2.5 million minimum from Speedway Motorsports Inc. and the $1 million that entrepreneur and sponsor of half of the Camping World Truck Series field Marcus Lemonis has pledged to the project.

Remember, the Phoenix Raceway reconfiguration project had a price tag of $178 million attached to it.

Could track owner SMI repave the track and turn it into a local racing facility with that money? That’s a big maybe, but the problem there is very simple: there’s a ton of local racing around North Carolina, and while North Wilkesboro would be big for the first year or so, the shine would wear off eventually. Especially when we’re talking about going up against legacy tracks like Hickory Motor Speedway and Bowman Gray Stadium, tracks that have been drawing big local crowds for decades. Unless SMI can pledge a NASCAR Cup Series date for x amount of years at the short track and can reap the media rights that would come from that to repay the debt it would go into in order to rebuild the track, the North Wilkesboro revival would be very hard to make work looking from the outside.

Rockingham is a more interesting prospect. The main problem that I have heard revolving around that property is that the track surface is in desperate need of a repave. The CARS Tour, which is scheduled to run a race there by the end of the year, has had problems finding a tire that could hold up in tire tests at the track. The majority owner of the company that owns Rockingham, bar owner and local character Dan Lovenheim, said at the time of purchasing the old speedway that his plan was to turn the property into a big-time concert and motorsport facility.

One of Lovenheim’s first moves with the property was to secure the rights to hold Epicenter, the biggest music festival in the Carolinas. The result was apparently such a disaster that the festival was moved to Charlotte Motor Speedway for 2020 before being canceled due to COVID-19.

While North Wilkesboro’s prospects still have a lot of questions moving forward, this should be a boost to Rockingham. This money could repave the track in order to bring Truck and maybe even Xfinity Series competition to one of NASCAR’s original speedways.

And who knows, maybe NASCAR could replace one of its Richmond Raceway dates at the Cup level eventually and return to the Rock.

RFK Racing — is it a NASCAR team or a stadium?

This week, Motorsport.com reported that Brad Keselowski has been offered a full-time ride and an ownership stake with Roush Fenway Racing. Fox Sports later reported that a deal was going to eventually happen.

The move represents a Hail Mary attempt by Jack Roush, who will turn 80 next year, to get his race team to be competitive before retirement, and/or to provide his team with a proper successor. Keselowski has had success as a team owner in the Truck Series, and a lot of the problems he ran into in that series — chiefly not having enough manufacturer support to make it viable — will no longer be relevant at the Cup level.

Keselowski knows how to change the culture around at a Cup team. Before Keselowski, Roger Penske had won 61 Cup races. That’s a good number, but not exactly up there with the juggernauts of the sport, and the team had failed to win championships at either the Cup or NXS levels while only winning nine NXS races.

From 2010 onward, Team Penske has won 67 Cup races, two Cup championships, 70 NXS races and two NXS titles. Only Hendrick Motorsports and Joe Gibbs Racing have accomplished more at the Cup level in that time frame, and those are organizations who have always had more cars on track than the Captain. Thanks to Keselowski revamping the Xfinity program, Penske developed a viable pipeline that it still produces talent at all levels of a race team for its Cup program.

Keselowski pushing for Joey Logano, who was largely unwanted by top teams after obviously underperforming at JGR, led to a driver that has produced win after win and a championship to Penske in the years since and will be the undisputed flag bearer for the organization whenever Keselowski leaves for many years to come. Roger Penske before Keselowski was a more successful Chip Ganassi, a Cup owner with inconsistent success who had the stigma of “bah, he pays too much attention to them open wheelers!” to a lot of diehard fans. Before Keselowski has even left the organization, Penske has become regarded as such a big team in the sport that Roger Penske has already been inducted into the NASCAR Hall of Fame, many years before he’d probably even be seriously considered for it otherwise.

What’s next for Ryan Newman?

One thing lost in the hype of Keselowski to Roush is what this means for Ryan Newman.

The veteran driver really isn’t as good as he was even a few years ago, when he joined Richard Childress Racing and got it closer to a championship (one successful divebomb into turn 3 of the final lap of the final race of the season) than it had been in 20-some years.

Roush would never get rid of Chris Buescher. Buescher is the most underrated Cup driver of the past five years, and with RFR actually taking something of a step forward this season, Buescher has shown flashes of being a serious contender to win races this year. And a third team just doesn’t seem likely as an option with how much demand there is now for charters in the Cup series.

Newman could retire at the end of this year; he’s 43 years old and cheated death last year. At the same time, with so many newer teams around, Newman could actually be a valuable asset for an organization; his name value is one of the highest on the circuit as one of the last of the mid-2000s-boom drivers still active in addition to the publicity surrounding the Daytona International Speedway crash last year. That could help attract sponsorship to a race team that really needs it.

Newman could also help a newer team with becoming competitive between his experience and engineering background. And with a fairly shallow free agency market this year, Newman is probably the best possible option for many of the smaller teams.

What is Circuit of the Americas? And make it short, because this column is too long as it is.

Circuit of the Americas is the most beautiful racetrack in NASCAR. It’s obvious that this is a Formula 1 layout; the track is very wide with plenty of tight corners, which will make this facility also one of the slowest circuits on the schedule.

Tire wear will be a much larger factor in Austin than it is at most road courses NASCAR visits, and with rain in the forecast, there’s quite a few curveballs coming to these crew chiefs this weekend.

Looks like those tracks weren’t a valid business investment, so they’ll just load them on the backs of the WORKING Taxpayers. Isn’t America great???

I’m sure the RFR investment company will still control the purse strings and budget items.

There are many problems buried at Rockingham. I had the court order to buy it that neither the County, the Courts or the Sheriff would enforce. That being said, there are environmental issues from previous owners including the company owned by Silas, who was given a stop order by the NC Environmental people for using white goods as fill at Ft Bragg. Right after that Little Rock was built and there was a partial collapse under turn 3. I wanted a Phase 2 environmental test done on that track.

It is at best suspicious that Cooper refused to do his job as Attorney General to protect a nonprofit from unscrupulous players, then hand the new owner $8 million, and now another $10 million on a track that did not need that much money to work again. The previous safety equipment provider was screwed out of a million dollars payment. The business question is about the continuity and the ethics, or lack thereof, by jurisprudence. Series do not want to commit to another try at a track that has failed multiple times. The rough track at Rockingham had its’ own characteristics – but after many more years of nonuse and maintenance will it be a viable racetrack when repaved – which alters the original grittiness of the track? We had tires tested and were ready to go for the old track. What will make a new Rockingham track interesting to race on compared to what else is out there? CMP changed to a royal but they have the space and the money for it. The Rock is in the 5th poorest county in North Carolina. Attendance was tough before and there are no tv contracts in the offing – even that business model has changed. Lovenheim owns/owned nightclubs in Raleigh which has no immediate business nexus to a racetrack 100 miles away. Cooper should be on thin ice for denying suicidal veterans access to programs which allowed over 10,000 to commit suicide since I first went to him to ask him to do his job. Giving $18 million to a night club owner 100 miles from his core business raises enough red flags to me to fill Red Square in Moscow on May Day.

Not to mention what the money was intended for. Go public, nationally. It seemed fishy right out of the box.

God I’d love it if both these tracks were back on the Cup schedule! I’d take Trucks or Xfinity and be happy with it if that’s what was viable?

They could take one date from Darlington and one from Pocono. Or take both from either if you ask me. (I know that’d never happen) but let a fella dream huh? Taking a race from Phoenix wouldn’t make me cry either. Lose a road course or two? How many cookie cutters still have two dates?

If this is economically viable there are a plethora of ways to make it work!