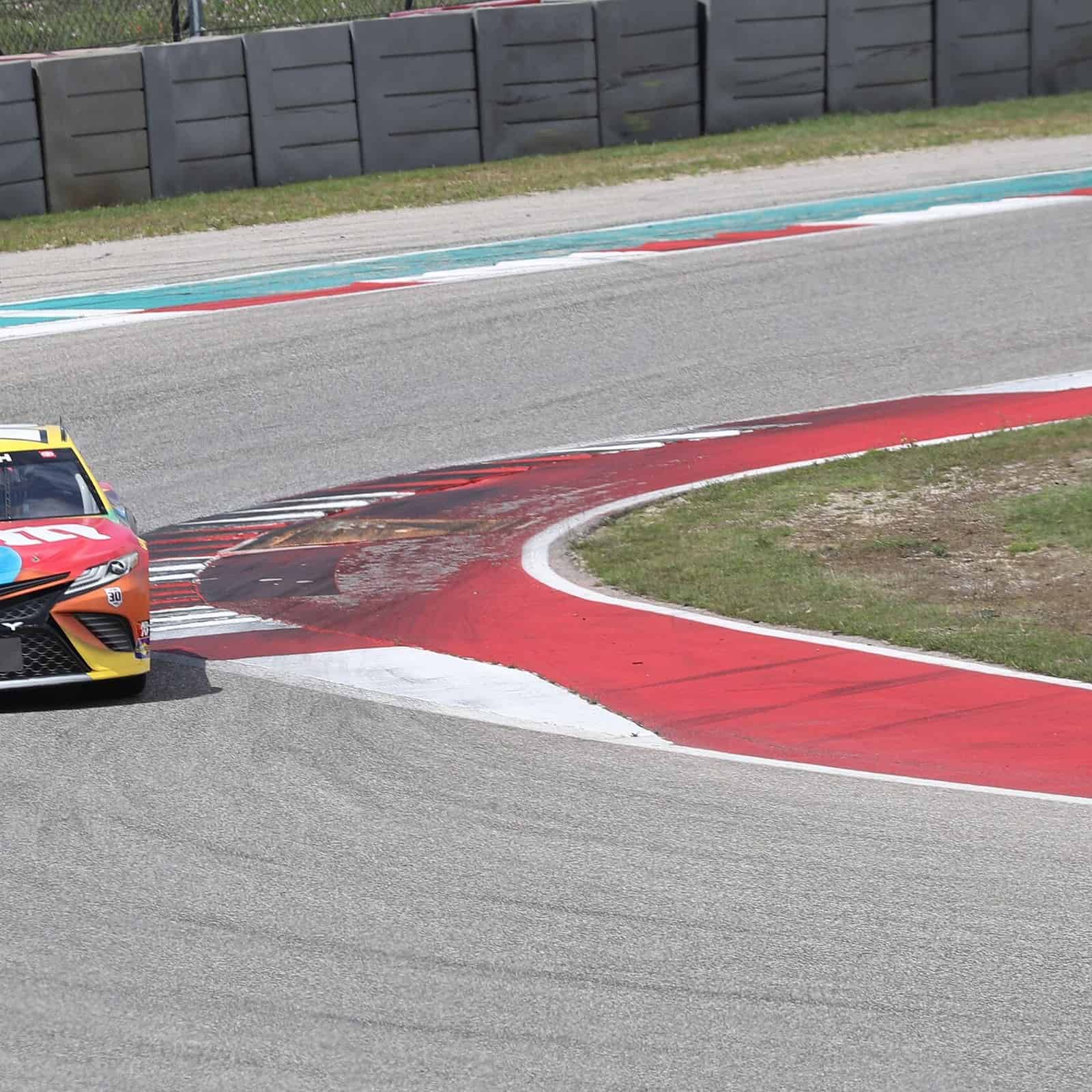 Much like Sonoma Raceway and Watkins Glen International, drivers will take on a road course with multiple elevation changes and straightaways leading to daring passing opportunities, such as turns 1, 11, 12 and 20.

Other than Wednesday night’s eNASCAR iRacing Pro Invitational Series race and the Goodyear tire test in March 2021 involving defending Cup champion Chase Elliott, Brad Keselowski and Martin Truex Jr., the vast majority of the field will take on the great unknown at COTA on Saturday morning (May 22) for its 50-minute practice session from 11:05 a.m. ET to 11:55 a.m. ET.

“It’s definitely an interesting place,” Kyle Busch said in a NASCAR press release. “It’s a long course – a lot of corners, a lot of high-speed straightaways, heavy braking zones, so it’s definitely going to have its challenges for the drivers as well as the equipment.”

COTA, per its website the only FIA-certified grade one track in the United States, features a distinct 133-ft. elevation change that draws inspiration from various tracks from Formula 1. In fact, turns 3 through 6 resemble Silverstone Circuit’s Maggotts and Becketts corners, while turns 12 through 15 pay homage to Germany’s Hockenheim road course. Fans may enjoy turns 16 through 18, as they are similar to turn 8 at Turkey’s Istanbul Park track.

However, drivers like Austin Dillon and Tyler Reddick may have a bit of an advantage as they competed in a World Racing League race in December 2020. In this case, Reddick looks forward to double duty action at COTA as he’ll drive Jordan Anderson Racing’s No. 31 Xfinity Series entry on Saturday before racing his familiar No. 8 Cup car on Sunday (May 23) for the EchoPark Automotive Texas Grand Prix, while Dillon does the same in Bassett Racing’s No. 77 before stepping into his familiar No. 3 on Sunday.

A Lap Around COTA With Tyler Reddick

Typically a racer thriving on the high lines of the gritty speedways, Reddick prepared for COTA during the offseason in anticipation of the slew of road courses for this year’s Cup schedule.

“I’m very excited about COTA specifically just because of how fun that road course is, how many different sets of corners there really are that make up that course,” Reddick said. “I mean, you can really break this track down into … I don’t know how many true sectors it actually has built in.

“But I mean, each section of the track is a lot different from the others. I mean, you could argue that, coming off of the carousel for [turns] 19 and 20, going into turn 1, those corners are kind of similar, in a sense, where you’ve really gotta get the car stopped and get out of the corner for a good launch.”

Reddick illustrates the stock car-friendly portions of this road course. The frontstretch presents an incredible passing opportunity where drivers will build up speed off turn 20 and into turn 1. This portion of the course provides a who-will-blink-first moment to be on that inside line into the series of esses awaiting from turn 2 to turn 9, similar to Sonoma Raceway’s turns 8 through 10.

As Reddick elaborates, after the esses and inviting backstretch, things may get a bit dicey heading into the final segments of COTA.

“The two hairpins at 11 and 12 [are] very important corners for lap time,” Reddick observed. “Then you have the esses, and then on top of that, you have the stadium section. I mean, there’s just so many areas of opportunity for making up lap time. And I think you’re going to see a lot of positioning going on throughout the lap in a lot of different areas.”

Despite the track’s size, Reddick said he believes there’ll be plentiful opportunities for passes for drivers working their way through the pack with a fine balance between finesse and paint trading.

“With all the runoff that this track has, drivers will be able to get aggressive and race really hard and not feel like they have to crowd each other for racetrack space,” Reddick said. “There is so much runoff here. And you don’t leave the racing surface and immediately find grass.

“You find more paved surface that hopefully we aren’t using but is going to be there to keep the racing very interesting and keep these cars from finding the grass quick or finding the sand traps quick.”

Reddick and his comrades will not have the benefit of the drag reduction system (DRS) that F1 drivers enjoy when they are within a second of each other in certain track segments. Still, with the high-horsepower, low-downforce package provides some confidence for drivers willing to brake late at COTA’s passing opportunities.

In the words of F1 Sky Sports’ announcer David Croft on most race starts, the field will race as if it will be “lights out and away we go” for the 68-lap race.