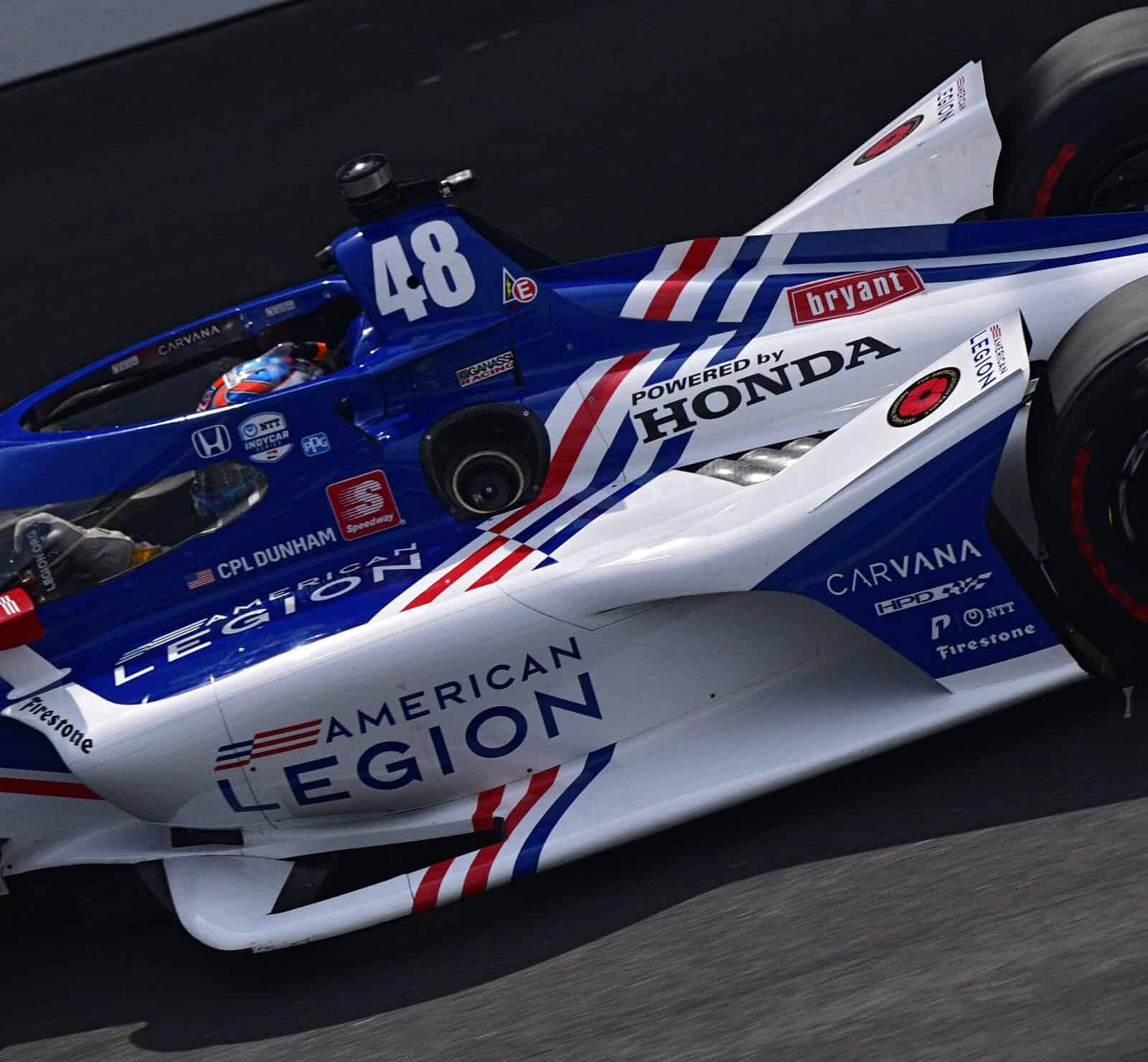 Thursday’s (May 20) practice session at the Indianapolis Motor Speedway got off to a strange start and also had the first major bit of wall contact for any of the 35 drivers aiming to become part of the 33 car field for the May 30th classic.

Rahal Letterman Lanigan Racing staged a photo opportunity in the first couple of minutes of practice with their three drivers running at slow speed on the main straightaway. This caught Simona de Silvestro and Scott McLaughlin by surprise as they entered the main straightaway behind all three entries.

IMS went to a yellow condition immediately after the contact between Herta and McLaughlin while INDYCAR penalized all three Rahal Letterman Lanigan drivers by parking them for the first 30 minutes of practice on Fast Friday.

However, for one of the RLLR drivers, that won’t matter. Santino Ferrucci hit the turn 2 wall with just under two hours to go with the left rear of the car. The Woodbury, CT native was able to get into the ambulance with assistance.

“Santino is awake and alert and was doing well in the infield care center,” IMS chief of medical services Dr. Geoffrey Bilows said. He just had what appears to be a minor injury to his left leg. We’re sending him downtown for some further imaging.”

Ferrucci was evaluated and released from Methodist Hospital but has not yet been cleared to drive. The team said that the tub will be fixed and the mechanics will be there all night working on repairing the car.

Tony Kanaan was fastest of the day with a quickest lap of 225.341 mph in the No. 48 Chip Ganassi Racing Honda. Second quickest was Conor Daly in the No. 47 Ed Carpenter Racing Chevrolet at 225.245 mph.