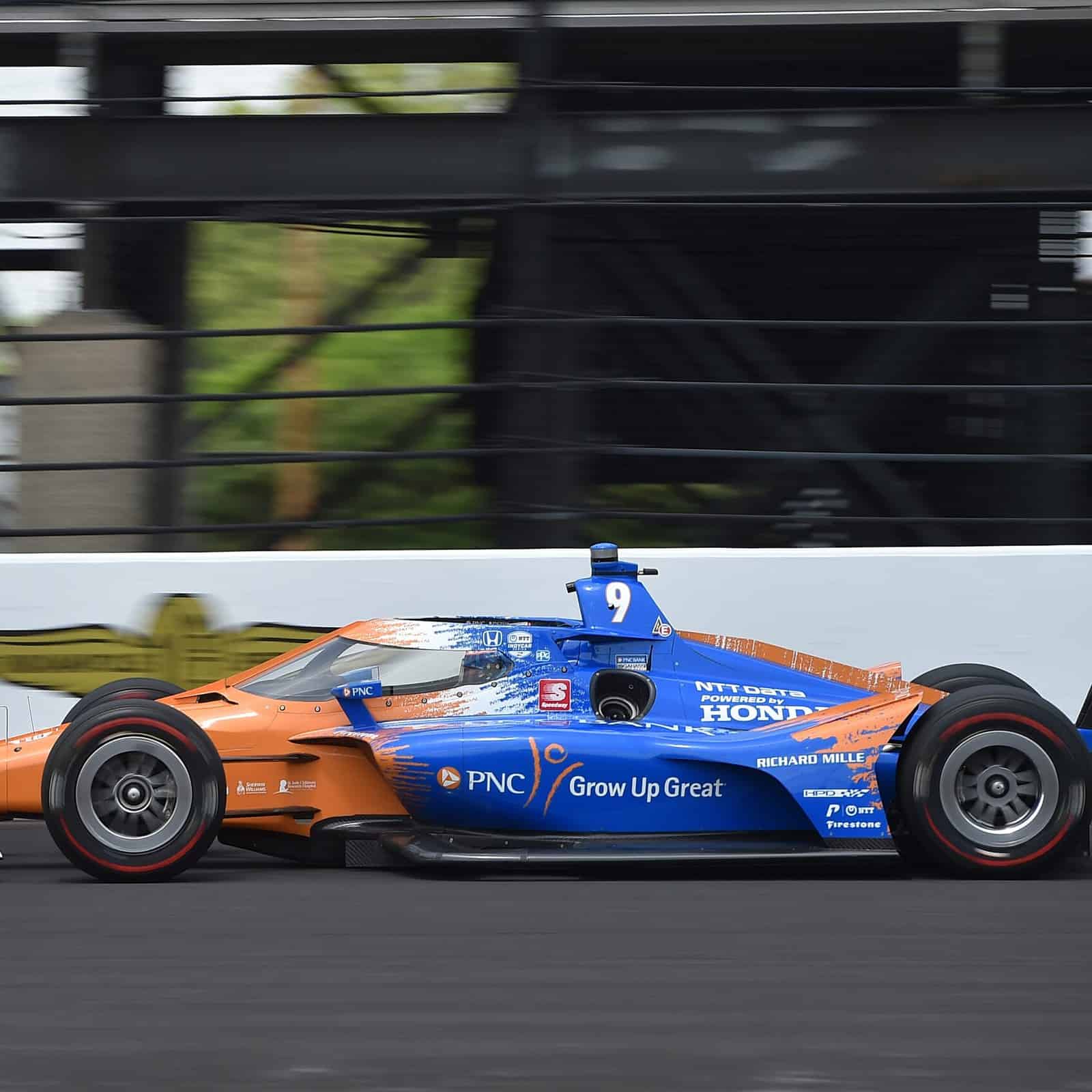 The 2008 Indianapolis 500 winner went around the 2.5 mile oval at an average speed of 233.302 mph, taking 38.5766 seconds for that fastest lap. The No. 9 Chip Ganassi Racing Honda driver was also fourth on the no-tow speed charts with a fastest unassisted lap of 231.502 mph. However, the six-time NTT IndyCar Series champion had his frustrations on the day.

“Obviously it was really tough out there today,” Dixon said in the post-practice press conference.  “Just really tough to get a clear track. You had some guys doing some pretty silly stuff out there. Teams I think, too, should have been held responsible for some of those runs as well.

“I know it’s difficult. I know everybody wants to try to get a run. Some of those closing speeds when you have people doing cool-down laps at 150 miles an hour, you’re coming in at 240, gets pretty hairy.”

The speeds for Fast Friday were noticeably faster than the previous three days of practice because of a rise in turbocharger boost pressure to qualifying levels. This increase in boost adds roughly 90 horsepower to the Honda and Chevrolet engines.

The second fastest on the speed chart was Colton Herta with a fastest lap of 232.784 mph. Herta’s fastest non-tow lap was 231.348 mph, which was sixth fastest on that metric.

While the overall speed charts are certainly an eye-catcher, the non-tow speed charts are probably the greater indication of overall speed, as all qualifying attempts at Indianapolis are single-car efforts. With a tow, cars can gain a decent amount of speed, even if a car is 8 or so seconds ahead on the track.

Alexander Rossi headed the non-tow list. His No. 27 Andretti Autosport Honda had the fastest non-tow lap of 231.597 mph. On the overall speed charts, the 2016 Indianapolis 500 winner was seventh fastest.

“We go about this month in a very little bubble [and] focus on things that we know that we’re looking for from past years’ experience,” Rossi said. “Obviously with the size of the organization, there’s a lot of different resources, kind of feedback at the end of the day to draw from.

“From that standpoint, it makes it very easy to go about your day, do your thing, then kind of debrief at the end and be like that guy found that, that or that, then revise your list for the next day.”

The difference between first and tenth place on the non-tow speed chart is less than three-quarters of a mile per hour. The most minute of condition changes or setup changes can put one person into the Fast Nine shootout for pole or can put a driver in danger of being bumped from the field.

There are some very heavy hitters on the bottom of the non-tow speed chart, causing concern for some drivers who have had good runs at Indianapolis in the past. Sitting 34th of 35 cars was Charlie Kimball, who finished third in the 2015 Indianapolis 500 and who is running for A. J. Foyt Racing. Right above him on the non-tow list is Max Chilton, driving for Carlin and above Chilton is 2018 Indianapolis 500 winner Will Power for Team Penske.

Other notables in the lower half include Simona de Silvestro in 30th for Paretta Autosport, Sage Karam for Dreyer and Reinbold Racing in 29th and Simon Pagenaud in 26th for Team Penske.

However, could the Chevrolet teams be sandbagging? At the end of the straightaways, there is a small difference in top speeds between the Honda and Chevrolet teams, so there very well could be a chance that the Chevrolet-powered teams could spring a surprise on everybody.

If the Chevrolet pace is what it currently is, that will spell trouble. Passing has been difficult with the addition of the aeroscreen to the current universal aero kits and starting outside the first three rows of cars will make race day difficult.