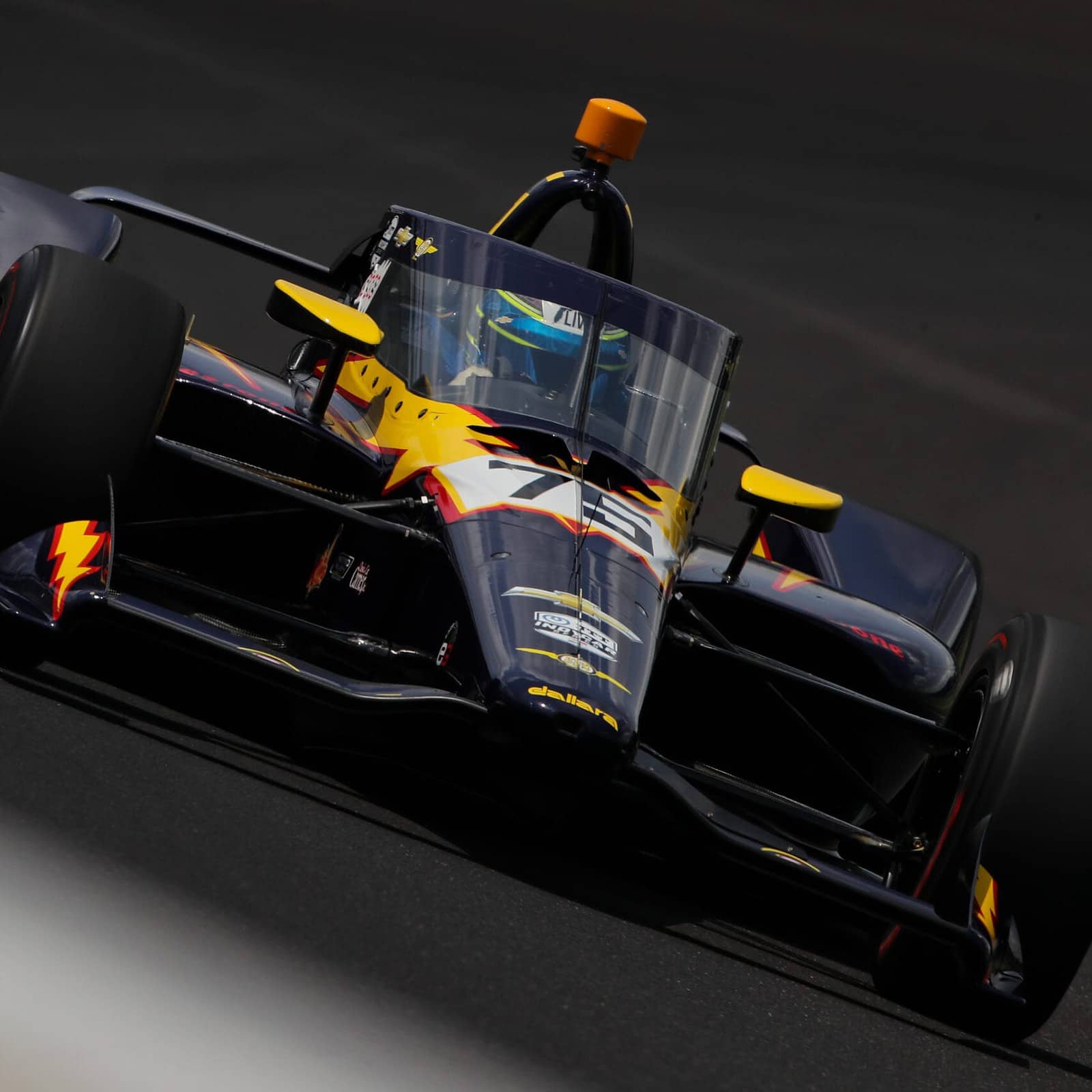 Top Gun Racing’s 2021 journey has been a crash course in getting a car prepared for qualifying for the Indianapolis 500.

Their car arrived at the shop on April 2nd and it was a mad thrash to get the car prepared, with mechanics spending 14 hours a day working on building their No. 75 Chevrolet. However, the team wasn’t heading to Indianapolis at first because there was another important matter to attend to.

RC Enerson has four NTT IndyCar Series starts to his credit, his most recent in 2019 at Mid-Ohio Sports Car Course for Carlin. Enerson has never started an oval race in an Indy car and needed to get a rookie oval evaluation.

Usually, INDYCAR does oval evaluations at Texas Motor Speedway, but the team did not have their car yet. Top Gun Racing was able to get their evaluation done at WorldWide Technology Raceway at Gateway.

“[INDYCAR] sent Max Papis out to just go through the evaluations,” Enerson said after Thursday’s practice session. “Rocket (Kevin Blanch, INDYCAR technical director) was there as well to look at the car and just make sure everything was good to go, just baseline setup, just run some laps, make sure I was getting to a certain mile per hour, make sure I was on line, on the proper line and yeah, I think we only ended up doing 48 to 50 laps and came back in.”

Enerson completed his first of three phases of his rookie orientation program on Tuesday before a mechanical failure in the right rear of the car limited his participation.

“I think we would’ve breezed right through [ROP] on the first day and we wouldn’t be as behind as we are if we wouldn’t have had that mechanical,” Enerson said. “Had we not had that problem, we wouldn’t have missed the two days of practice which would’ve been huge for us, I think. Obviously right now we’re just trying to focus on qualifying, we don’t really need to be doing any race running, we need to make sure we can make the field first before we race in it.”

The team has had a bit of a mountain to climb. With losing the practice time due to the mechanical failure, they’ve been a bit behind on gathering setup data. The team still has a small amount of time to figure out the last speed secrets, and anything can happen.

“I think the team chemistry’s really good, really really good,” Enerson said. “It’s very rare you see that, normally there’s some tension, you see it at every team, but this team seems to be pretty on it and everybody’s pretty good friends, we all go out to dinner and everything like that together so the team chemistry is there, we just need to make sure we put that car in the field.”

Enerson last ran at Indianapolis in an Indy Lights car in the 2016 Freedom 100, so the Floridian does have some large oval experience. The IL-15 is a training ground for cars to get to the NTT IndyCar Series, but not much transfers to the current car.

“The Indy Lights car, you’re not really going fast enough for small mistakes to matter, so you can get a little loose and really easily catch the car,” Enerson said. “Only a big, big massive mistake is going to put you in the wall and then you’re just not quite as fast so the draft is huge and it’s just a giant chess match to see who’s actually going to win that race where this you’re at a much higher mile per hour where you can’t run in the gray and you can’t take it three wide in a corner and make it stick, the cars aren’t designed like that, they’re too fast for it. So it’s been kind of an adjustment, at least you get turn in points, references, lines and that’s basically all you can take out of it.”