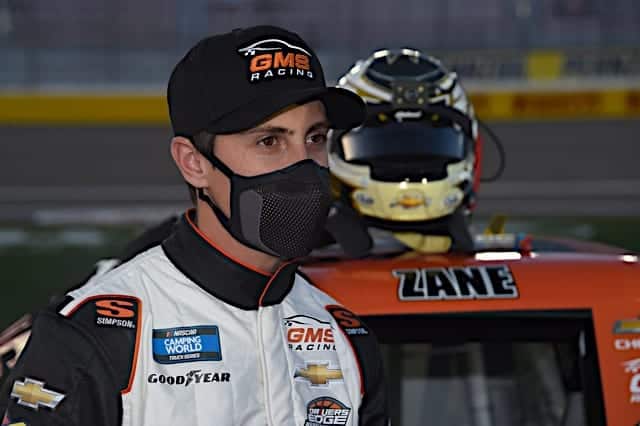 Zane Smith led the lone practice for the NASCAR Camping World Truck Series’ Toyota Tundra 225 at the Circuit of the Americas Friday, May 21.

The Las Vegas driver logged a time of 89.348 mph to top all drivers after the extended session.

Smith’s No.21 Michael Roberts Construction Chevy was over three tenths quicker than teammate Sheldon Creed, who was second fastest. Creed clocked in at 89.128 mph.

See also
NASCAR 101: Analyzing the Circuit of the Americas With Tyler Reddick

The session was slowed four times due to incidents involving Tate Fogleman, Sam LeComte, Roger Reuse and Brad Gross. The incidents lead to NASCAR adding an additional five minutes of practice, as only a fraction of the field had been able to complete a lap at speed before the yellows.

Qualifying for the Toyota Tundra 225 is set to get underway at 9:05 a.m. ET on Saturday, May 22, with the green flag set to drop later than afternoon at 1 p.m.