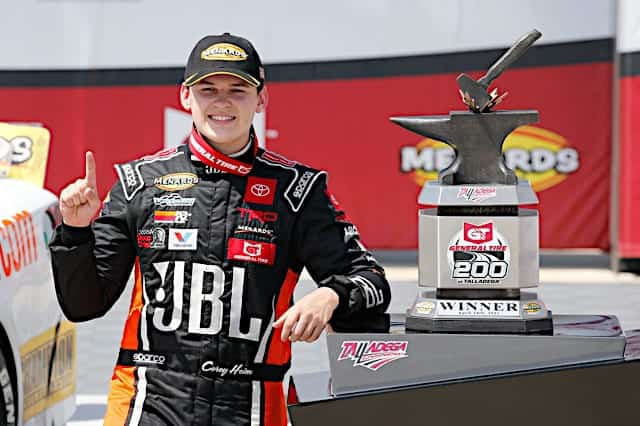 Corey Heim posted the fastest lap in the lone practice session for the ARCA Menards Series at Toledo Speedway. The Herr’s Potato Chips 200 will be his second career start at the 0.5-mile track in Toledo, OH.

Sitting second on the leaderboard was Ty Gibbs. Gibbs has won the most recent races in all three ARCA divisions, establishing himself as the dominant driver in the series. He won the most recent ARCA race at Kansas Speedway. He won the ARCA and ARCA Menards Series West combination race at Phoenix Raceway earlier this year. Finally, Gibbs won the ARCA Menards Series East race at Dover International Speedway last weekend.

Two Ford drivers rounded out the top five. Thad Moffitt was fourth-quickest. Cole Williams was a last-minute replacement in the No. 30 Rette Jones Ford as Adam Lemke was unable to arrive at Toledo due to travel issues. Williams was fifth-fastest in this 14 car field.

The Herr’s Potato Chips 200 will take place later today (Saturday, May 22) at 8 p.m. ET with TV coverage provided by MAVTV and the race will also be streamed live on TrackPass on NBC Gold.