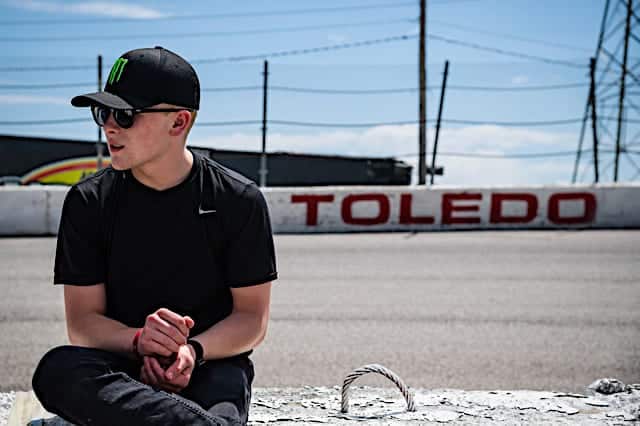 After posting the second-fastest time in the practice session earlier today, Ty Gibbs won the pole for the ARCA Menards Series race at Toledo Speedway. Gibbs will lead the field to the green flag in the Herr’s Potato Chips 200 tonight (Saturday, May 22).

Corey Heim was atop the leaderboard during the lone practice session. He will start second. Heim and Gibbs have combined to win all the ARCA races thus far this year.

Rookie Nick Sanchez is the highest-starting Chevrolet driver. He will start fourth.

Thad Moffitt rounded out the starting top five, and Moffitt is the highest-starting Ford driver.

The race will begin at 8 p.m. ET with TV coverage provided by MAVTV and it will also be streamed live on TrackPass on NBC Gold.