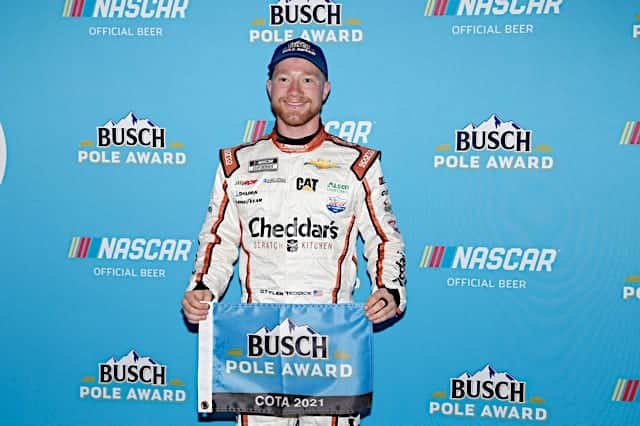 For just the second time this season, qualifying returned to a NASCAR Cup Series race weekend…this time at Circuit of the Americas.

With the series’ debut at the track in the EchoPark Texas Grand Prix just hours away on Sunday (May 23), Tyler Reddick led the way after finishing eighth in Saturday’s Xfinity Series race and secured his first career Cup Series pole.

Kyle Larson will start on the front row alongside the No. 8, while Austin Cindric, Kyle Busch and William Byron rounded out the top five. Joey Logano, A.J. Allmendinger, Chase Elliott, Ryan Blaney and Christopher Bell filled out the top 10. Busch is coming off a dominant Xfinity win at COTA on Saturday afternoon, while Bell is the most recent Cup winner at a road course; he scored his first career victory at the Daytona International Speedway road course in February.

Denny Hamlin reported power steering issues during the first round, but was able to make it out on track for a couple of laps.

The green flag for the EchoPark Texas Grand Prix will drop shortly after 2:30 p.m. on Sunday afternoon, with coverage slated to be on FS1.