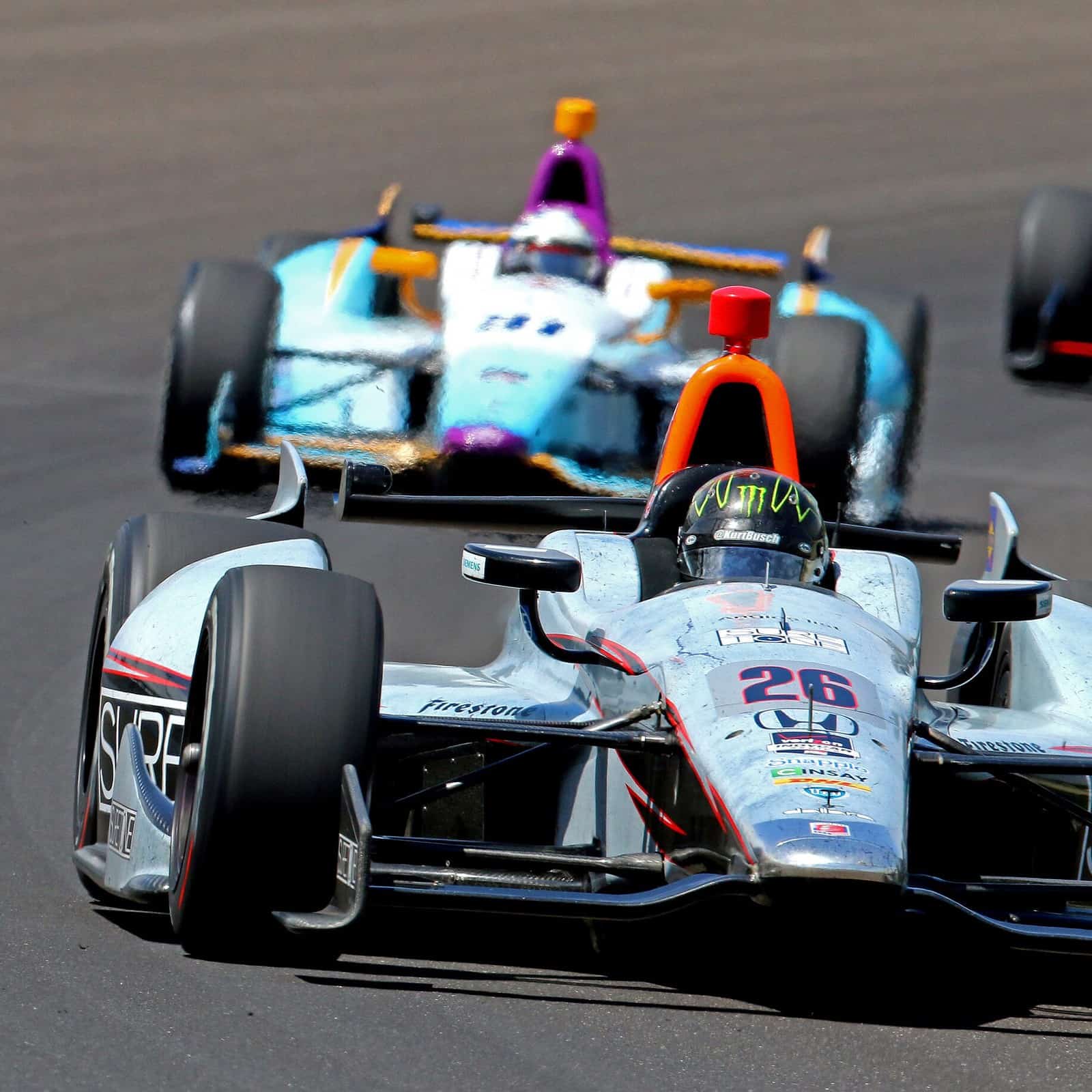 Is the Memorial Day weekend double dead? If so, how do we bring it back?

A true test of a driver’s pure talent and versatility is for them to compete in the both the NTT IndyCar Series’ Indianapolis 500 and the NASCAR Cup Series’ Coca-Cola 600. Several have done it since Charlotte Motor Speedway’s 600-mile race was introduced into the fold in 1960.

Cale Yarborough, Bobby Allison, Juan Pablo Montoya, Sam Hornish Jr., AJ Allmendinger and Danica Patrick are among those who have competed in both at some point in their careers.

Donnie Allison and Lee Roy Yarbrough did one better, as they competed in both events in the same race weekend. This was when the Indy 500 used to be on whenever Memorial Day fell, while the Coca-Cola 600 was on the Sunday closest to Memorial Day. Allison and Yarbrough were the inaugurators of the double and would be the only two to do so for quite a while.

From 1974-92, the two races were run on the same day, at roughly the same time, so the double was impossible. But when Charlotte installed lights in 1992, the Coca-Cola 600 became a late-evening race the following year. John Andretti brought back the double, but with a new twist: both races on the same day.

Since then, the same-day double has been accomplished by Tony Stewart (twice), Robby Gordon (who did it a whopping five times) and, most recently, Kurt Busch in 2014.

When Busch did the double and finished sixth in the Indy 500 as a rookie, I thought to myself that the greatest motorsports feat that could ever possibly happen would be for one driver to win both of these marquee events on the same day. It would without a doubt trump any amount of race wins, championships or triple crowns across NASCAR, IndyCar, Formula 1 and in sports cars. Because it would signify that one driver ran a perfect 1,100 miles in two very different cars at two very different tracks in less than a 12-hour period.

I hoped that one day I would live to see a driver accomplish this incredible accomplishment. Yes, I knew the odds weren’t great. But I never thought I’d see a No. 16 seed topple a No. 1 seed in March Madness, yet that happened in 2018 when No. 16 University of Maryland, Baltimore County defeated No. 1 Virginia (as a Virginia Tech grad, I love mentioning that as much as possible). Seeing that brought me hope that something so crazy as sweeping the double was possible.

Yet here we are, seven years after Busch ran both races, and no one has attempted the double since then. Why is that?

COVID-19 ruined any possibility of any driver attempting it last year and possibly this year as well. But that doesn’t explain the lack of attempts in the five years prior to 2020 or why there have been no rumors of drivers attempting it down the road.

One problem is the Indy 500 isn’t scheduled to take the green flag until 12:45 p.m. ET this year. The race takes roughly three hours to complete, so a driver would be left with roughly two hours to get from Indianapolis Motor Speedway to Charlotte before the 600 starts at 6 p.m. ET.

If you miss the start of a NASCAR race, you might as well not even make the trip. Because a backup driver would start the car instead and would get all the points and credit for being in the Coca-Cola 600. It usually is full-time NASCAR drivers attempting the double, so they don’t want to ruin their points position.

IndyCar and NASCAR have worked much closer together of late than in years past, so that tells me those start times being so close together is the result of NBC and FOX. Both networks tend to lack common sense a fair amount of the time.

See also
Fire on Fridays: FOX &amp; NBC, Get Your Heads Out of Your...

So it doesn’t surprise me that they fail to realize how much both would benefit from the traction and attention they would get from a driver having a shot to win both races. Storylines drive viewers to sports (see: the PGA this past weekend with tons of people tuning in to watch Phil Mickelson become the oldest golfer to win a major).

Despite the start times, drivers could probably still find a way to make it work. And you’d think with Team Penske and Chip Ganassi Racing fielding teams in both series, it would be easy for one of their drivers to run the double.

But that’s where the next big obstacle comes into play: the manufacturers. NASCAR has Chevrolet, Ford and Toyota as the car manufacturers, while IndyCar has Chevy and Honda as the engine manufacturers.

In 2018, I asked Penske driver Brad Keselowski if he’d ever consider doing the double.

“The problem is this sport is so over-reliant on sponsorship and corporate partnerships that the ability to do that nowadays is pretty much extinct,” Keselowski replied. “With respect to there’s only one of the car manufacturers that’s in NASCAR that’s involved in IndyCar, and that really shrinks the pool. And then the car owner pool, the only ones that run in both also competes with two different manufacturers. Both of them, Penske and Ganassi.”

“So it just doesn’t work, and the manufacturers won’t let us for the most part,” Keselowski said. “They get really upset. They kind of make the house payments. You don’t want to make them mad.”

In the past couple years, there were rumblings that Kyle Busch and Kyle Larson would attempt the double.

Larson said he wanted to do it “someday,” but that was when he was with Ganassi, so he had one less obstacle in the way. Even though he was fired from the team last year for using a racial slur, I could see Chip Ganassi wanting him back for the Indy 500, or any race he could get him for at all. However, I don’t think Larson’s new team Hendrick Motorsports would let him do the double.

Kyle Busch admitted that he had a ride and sponsor in line for the 2017 Indy 500, but his NASCAR car owner Joe Gibbs asked him not to. But as of the contract extension Busch signed with Gibbs two years ago, he can now do the Indy 500 if he can put another deal together. The Associated Press’ Jenna Fryer noted that he has the approval of Toyota to run with a Chevy team, which is huge.

Kyle says he has approval to run Indy with a Chevy team. He doesn’t have a deal or anything, but can do it if something was put together. https://t.co/MEDG7Z8P30

So hopefully once things are fully back to normal, Kyle Busch will finally follow in his brother’s footsteps and try the double in 2022. To quote Obi-Wan Kenobi, “That boy [Kyle Busch] is our last hope.” And here’s where I need someone else to fill the Master Yoda role and chime in with, “No, there is another.”

We need more drivers to step up and challenge their owners and manufacturers to let them run both races. We need NASCAR and IndyCar to work closer together and put together incentives for a driver to do the double. How about instead of having a lame All-Star Race at Texas Motor Speedway, that $1 million goes to a driver who attempts the double instead?

We need the double to rise from the ashes because it is motorsports at its absolute greatest. Otherwise, what’s the point in having these two crown jewel races on the same day?

Because of the Next Gen car, we 100% won’t see any drivers next year attempt it.

A few drivers I can think of trying it the next few years would be Jimmie Johnson (if he keeps dipping his toes into Indy) doing a nascar one off and part time Indy schedule, or James Davison if he continues running nascar since he already has open wheel experience

It’s not just the logistics of race day. A driver would need seat time in the Indy car. Tony, John, and Robby all had run races in Indy cars so they had an advantage of that when it came to how much practice time they needed. Following Kurt Busch in 2014 when he attempted the double was fun to watch.

Am I the only one who wonders about the dangers of fatigue in trying to race 1,100 miles in one day? Okay, the NASCAR stock cars are pretty safe. But still if you get an accident due to drowsiness or fatigue things can go wrong that you don’t foresee. And if fatalities happen, say screens that protect fans break, you got trouble in Charlotte with a capital T IndyCar looked stupid in 2011 with that purse in Las Vegas if Dan Weldon won (originally they wanted a non-Indycar driver to enter which showed Randy Bernard should have stuck to rodeos) and let too many cars, 34, enter. In one respect they were lucky only one driver was killed…it could have been 7 or 8.