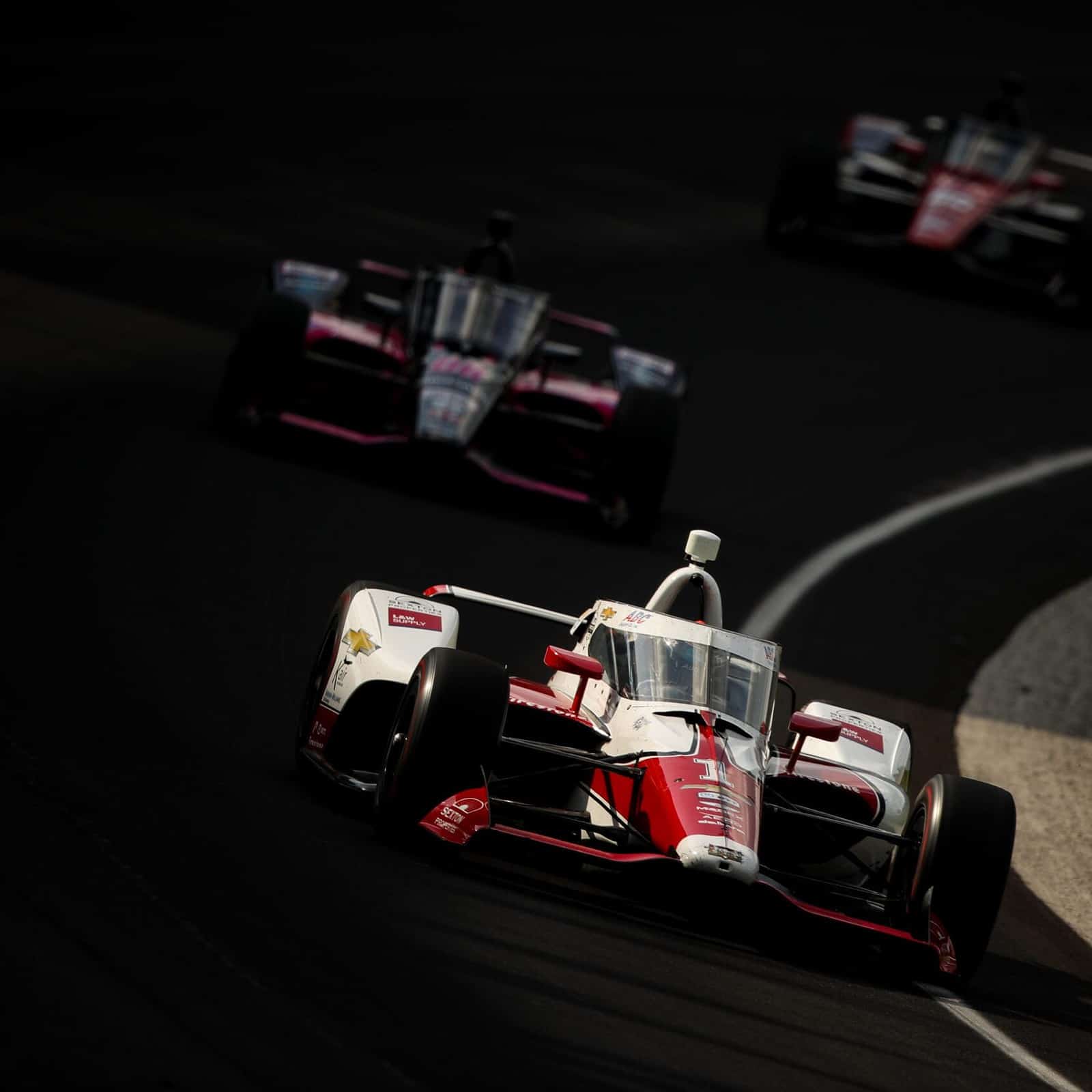 Some drivers competing in the 105th Indianapolis 500 do so as their only NTT IndyCar Series race of the year. While many competitors race the full season, there are challenges to racing only once or twice a year.

Full-time drivers in the series have complete acclimation to the forces that the cars exert on their bodies. They’re aware of how the cars handle differently after INDYCAR announces bodywork changes, while a driver that only races once per year in an Indy car doesn’t have all the recent experience with how different the cars are.

Those differences can be magnified when speaking about a driver that hasn’t raced an Indy car in a few years, like Stefan Wilson.

Wilson last raced in the Indianapolis 500 in 2018 for Andretti Autosport. That year, Wilson led the race in the final 10 laps thanks to an off-sequence pit strategy.

Wilson has been trying to get back to Indianapolis for years and all the sponsorship meetings took place in the previous eight weeks to practice. When the Sheffield, England, native got back in the car, it almost seemed like riding a bike to him.

“It really came back very quickly,” Wilson said. “I was even surprised how quickly I started getting adapted to the aeroscreen and picking up where I left off in 2018. On that Wednesday as soon as we hit the track it was down to business and we were making setup changes that were productive and helping the rest of the team as well.

“Don’t get me wrong, that first day getting in the car I was very concerned. I was like, ‘I’ve not been here for three years, a lot of stuff has changed.’ I haven’t raced anything for three years, so there was definitely a question mark going into it, like do I still remember how to do this, but then you do that first day. That first day was a mess, but Wednesday it felt like I was legit back, and that was when it was much easier to sleep that night, knowing that we were competitive and doing well.”

Not every part-timer’s situation is the same. While Wilson hasn’t raced in years, a driver like JR Hildebrand has been behind the wheel of a car at Indianapolis every year since his rookie year in 2011.

The Californian was one corner away from victory that year but has made a career for himself as an Indy-only specialist. Hildebrand ran almost the entire full season for Ed Carpenter Racing in 2017 but has not raced outside of Indianapolis since then. For the 2009 Indy Lights champion, the challenge isn’t always physical.

“So much of it is mental, just being in the right frame of mind, not being too distracted,” Hildebrand said. “I feel like a lot of times, honestly, your first laps going into turn 1, if you kind of let it all get to you a little bit you’re turning in early rather than late just because you’re more in a rush or in kind of a hurry to figure things out and get out there and drive the car and get to the next thing.

Having been at Indianapolis for a decade, Hildebrand has had times where he’s been flat after only a couple of laps of practice, but there have been other times where there might be a few laps where something isn’t right.

“I have a pretty high degree of confidence in being able to pretty quickly understand what side of [the] fence I’m on right away,” Hildebrand said. “I’m not in a rush to get to the point that we’re flat out running laps at 220, but kind of want to. As a driver you look forward to that little bit of a thrill in figuring it out.”

While Hildebrand hasn’t been racing many times over the years, some drivers are racing in many different forms of racing altogether. Pietro Fittipaldi is the grandson of two-time Indianapolis 500 winner Emerson Fittipaldi and raced in a few IndyCar races in 2018. However, before he was set to make his debut at Indianapolis in 2018, a crash at Spa-Francorchamps in Belgium put those plans on hold.

The Haas F1 reserve driver is not fazed at all by the challenges of getting back behind the wheel of an Indy car. He raced for the Haas F1 team in the final two races of the 2020 season following the season-ending accident for Romain Grosjean.

“It was like three years since I had driven on an oval, first test was at Texas [Motor Speedway] and I felt comfortable from the beginning,” Fittipaldi said. “I’ve always loved oval racing and like the first time you’re in Indy, it was very intimidating because you go really fast and, like, Texas for example, there’s four corners, but for me it’s like two corners, very long corners.

Fittipaldi’s career started on ovals as the 2011 Hickory Motor Speedway track champion before racing in Europe on road and street courses. Fittipaldi has not forgotten his oval roots, scoring an 11th-place finish at World Wide Technology Raceway at Gateway in 2018 after starting near the back of the field and had a strategy fall apart on him late at Texas.

Fittipaldi will start 13th, Hildebrand will start 22nd and Wilson will start 28th in the 105th Indianapolis 500 on May 30.