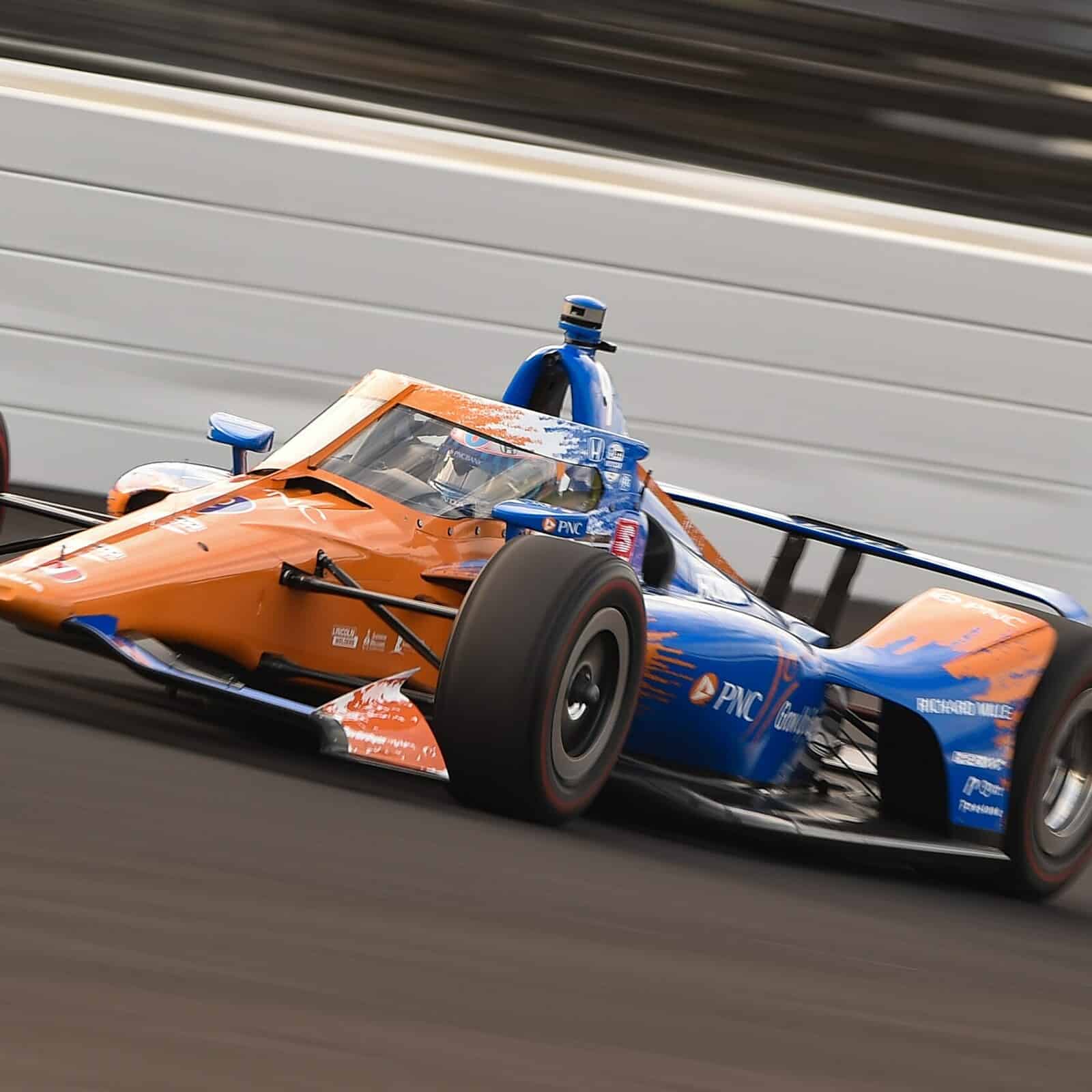 Every IndyCar driver wants to win the Indianapolis 500, maybe even more so than the overall championship. The build up to the most coveted race of the year began last week when drivers hit the track for practice, getting back up to speed at the Indianapolis Motor Speedway before qualifying over the weekend. With the grid now set for the 2021 Indianapolis 500, we know where all nine of the former winners in the field will line up as they seek to repeat their glory of winning in Indianapolis.

Perennial frontrunner Scott Dixon claimed his fourth Indy 500 pole position last Sunday. Although the Chip Ganassi Racing driver has qualified first three times before—in 2008, 2015 and 2017—he converted only one pole into victory. His sole Indy 500 win came in 2008, when he traded positions with Dan Wheldon for the first half of the race before battling Marco Andretti and Vitor Meira later on. Dixon led the final 24 laps to win by 1.7 seconds. Starting ahead of two much less experienced drivers in Colton Herta and Rinus VeeKay, Dixon is poised for another victory in 2021, but should he fail to finish first, his unrelenting consistency should still produce a strong result.

One row behind Dixon is Tony Kanaan, taking over Jimmie Johnson’s No. 48 Ganassi Honda. Kanaan, who hasn’t run a full season since 2019 and hasn’t won since 2014, had his best qualifying at the Brickyard since 2015. The Brazilian’s only 500 win was in 2013 when he started 12th for KV Racing Technology. Kanaan ran consistently in the top ten, crucially passing Ryan Hunter-Reay for the lead with 3 laps left just before Dario Franchitti crashed, causing a race-ending yellow. Despite Kanaan’s recent results, his experience and high grid position could make him a serious challenger for victory this year.

Although Hunter-Reay missed out in 2013, the Andretti Autosport driver triumphed in Indianapolis the following year. Hunter-Reay started down in 19th but carved his way through the field to lead by the halfway point. Hunter-Reay maintained his position through several caution periods before dueling with Hélio Castroneves, slingshotting his way around the outside for the win as the last lap started. Hunter-Reay hasn’t won in IndyCar since 2018 and has struggled this season, but the inside of row 3 puts him in a good position for the 2021 Indy 500.

While Castroneves lost in 2014, the Brazilian is a three-time Indy 500 winner himself. Driving for Meyer Shank Racing in 2021, Castroneves lines up in the middle of row 3 for his first race of a part-time season. His last full season was in 2017 when he finished second in Indy, but his first victory at the 500-mile race came back in 2001 as a rookie. He started 11th and ran up front for most of the race, and despite incurring a penalty, charged back to first and held off the rest of the field.

The following year, Castroneves earned his second 500 win in controversial fashion. Late in the race, Castroneves stayed out while the leaders pitted, stretching his fuel and keeping a cool head while others around him crashed. Although Castroneves was passed on track near the end, the overtake occurred just after a yellow came out and Castroneves was awarded victory. Castroneves’s third 500 win was in 2009 when he started on pole and battled up front for most of the race.

Alexander Rossi is another driver who won the prestigious event in his rookie season. Starting 11th in 2016, Rossi was around mid-pack when the leaders pitted for a final splash of fuel in the final 25 miles. Rossi gambled and skipped the final fuel stop, losing nearly 15 seconds on the final lap as he coasted to victory, his car stopping just after Turn 4 on the cool-down lap. Rossi hasn’t gotten off to a great start in 2021, and with the Andretti driver starting on the inside of row 4, a Indy 500 win would be just the boost he needs.

One row adrift of Rossi on the outside sits last year’s winner, Takuma Sato. The Rahal Letterman Lanigan driver started third and was in contention for much of that race, passing Dixon for the net lead on lap 172 and clinging on until Spencer Pigot’s race-ending crash into the pit lane attenuator. 2020 wasn’t the first time Sato won in Indy—he triumphed from fourth in 2017, running at the front all race before passing Castroneves and crossing the finish line just 0.2 seconds ahead. Sato starts further back this year, but his proficiency for daring passes could yield a strong performance.

On the outside of row 8 is Juan Pablo Montoya, driving for Arrow McLaren SP. Montoya has two 500 wins under his belt—in 2000, he started from second in his first Indy 500 entry and dominated, leading all but 33 laps. After stints in F1 and NASCAR, Montoya returned to IndyCar, winning the 500 again in his second season back. Starting 15th in 2015, he sustained damage early on when he was rear-ended by Simona de Silvestro, but recovered by lap 160 to challenge at the front. A battle with Scott Dixon and Will Power ensued, and Montoya took the lead for good with four to go. He will have a tricker time this year from further back on the grid.

Simon Pagenaud starts one row behind Montoya, and the 2019 Indy 500 winner will have his work cut out for him. In 2019, the Penske driver took pole and stayed up front throughout the race, passing Rossi with two laps left to secure victory in a month of May sweep after winning the race on the IMS road course and the pole for the 500 that year.

Another Penske driver with a difficult qualifying was Will Power, who brushed the wall during Last Chance Qualifying but still made it into the race. Power won from third back in 2018, moving into first around halfway through and leading fairly comfortably to the checkered flag. Starting from the middle of the last row in 32nd place, Power will have to fight his way through the pack while avoiding any incidents happening ahead of him.

While these nine drivers seek to add another 500 win, several younger drivers are well-positioned to take their first victory. Youngsters Colton Herta, with Andretti Autosport, and Rinus VeeKay, with Ed Carpenter Racing, line up on the front row alongside Dixon, with VeeKay coming off of his first IndyCar win at the GMR Grand Prix. Dixon’s teammate Álex Palou, another young driver who earned his first win this season, is not far behind on the outside of row 2. Meanwhile, two-time champion Josef Newgarden, currently third in the standings, is still searching for his first victory at the Brickyard. He faces a tougher challenge after qualifying on the outside of row 7.