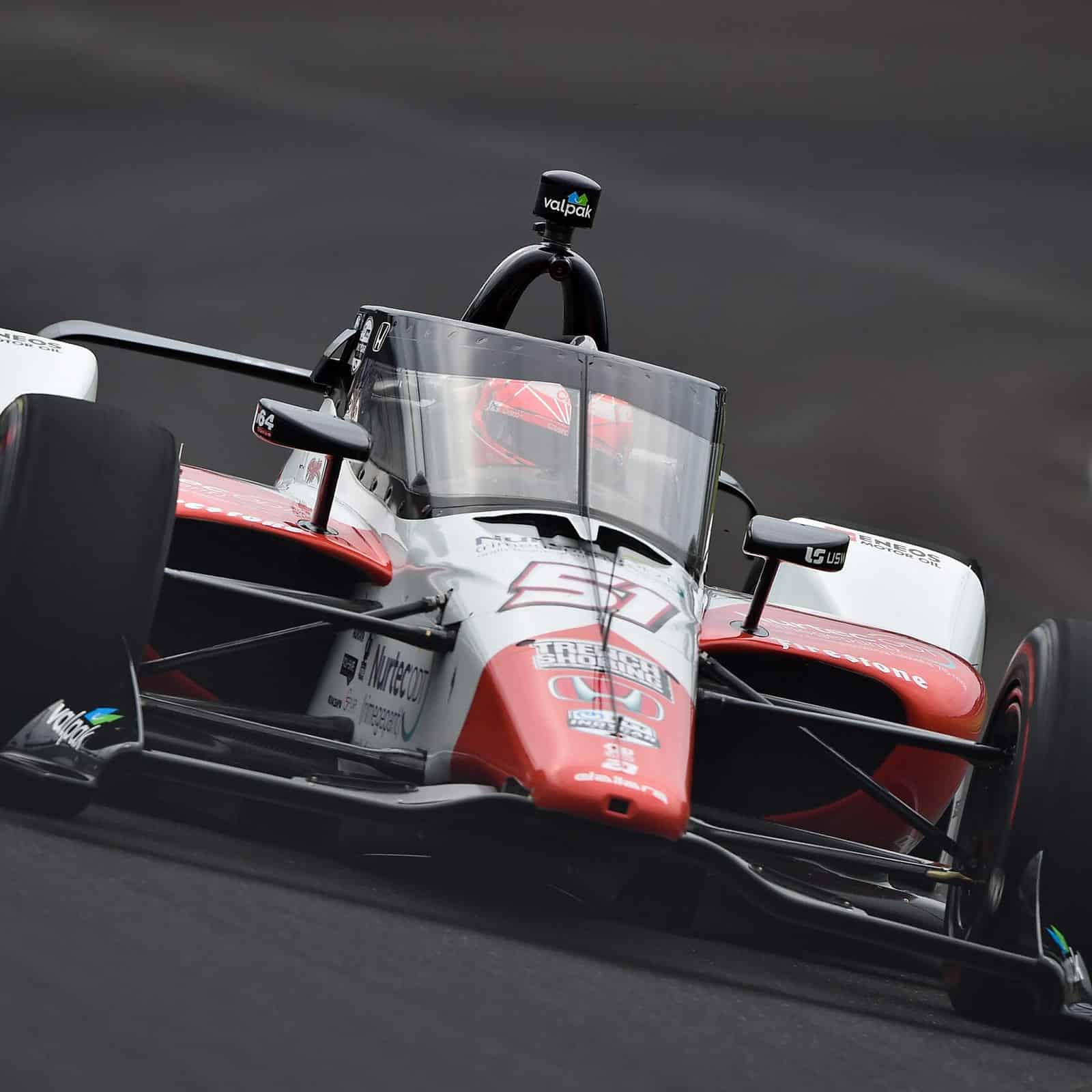 Not every racer that has competed in the NTT IndyCar Series or Formula 1 can say that they’re the track champion of a .363 mile oval in North Carolina, but Pietro Fittipaldi can.

Hickory Motor Speedway’s 2011 limited late model track champion has since gone on to race in IndyCar, F1 and Deutsche Tourenwagen Masters, among other championships. But despite racing at tracks like Spa-Francorchamps, Silverstone, the Nurburgring and Suzuka, one of Fittipaldi’s chief loves in racing is ovals.

“I mean, the adrenaline you get on an oval and that intimidation initially, you don’t get in any other car,” Fittipaldi said. “I’ve never done Le Mans or some of those street circuits like Macau and stuff, but compared to everything else that I’ve driven, I’ve driven a lot of things, the speeds you do here in an oval and like that adrenaline you get, nothing else comes closer. It’s crazy. It’s insane. And I really love that.”

After spending two years racing on ovals, Fittipaldi followed in the footsteps of grandfather Emerson and went to Europe to race in the European ladder system, going through Formula 4, Formula 3 and Formula Renault before doing a partial IndyCar season at Dale Coyne Racing in 2018.

In that timespan, Fernando Alonso raced in the 2017 Indianapolis 500, prompting support from many and detractions from others. One central theme was that oval racing should be easy, since ovals are only left turns.

“It’s not easy at all, that’s like the biggest misconception there is is people saying [that],” Fittipaldi said. “Even some European drivers [aren’t] understanding oval racing or even some people that don’t watch racing that much are like, oh, ovals are easy, you just turn left. That is not the case at all. It’s one of the most difficult types of racing there is, and I’d say sometimes even more difficult than road racing. So it’s very, very difficult, it’s not easy at all.”

See also
Getting Back in the Indianapolis 500 Saddle

While Fittipaldi grew up racing on ovals, teammate Ed Jones came to race on them late. Jones’ oval debut came in Indy Lights in 2015 and he has grown to love ovals, but it helps that he has had good showings on them.

Jones finished third in the 2017 Indianapolis 500 and was looking good for a podium finish at Phoenix Raceway in 2018 before a late spin ended his race. However, the Dubai-born Brit has an appreciation for the speed and challenge of ovals.

“Everything’s so much more detailed and it’s just a lot of fun out there,” Jones said. “You know, when you’re going that fast and I’m racing people, there’s different aspects. I actually quite enjoy Texas [Motor Speedway]. Well, the first race, just with the tire degradation and how things were. I would still love to have some pack racing. I know that’s not what certain people want, but the nice thing with oval racing is there’s so many different types of races you can have with different packages. You know, you can be on the same track, but if you had different packages, that can be a completely different race.”

Jones’ embrace of pack racing is a solid deviation from the normal in IndyCar circles. After the 2015 Auto Club Speedway 500 mile-race, some drivers were adamant that INDYCAR was going in the wrong direction, including Will Power.

“Texas 2017 was a bit of a pack race as well, which was probably the last race where it was similar to that,” Jones said. “And that was the most, probably the most fun race I ever had until we got taken out. But it was awesome. So again, I don’t know what what’s going to happen in the future. You know, I feel like people who make decisions or have this idea that lower downforce is the way to go when quite clearly it’s completely not for the entertainment and for the racing, it’s just not, it’s not good.

“I think that they found that out once they brought these new kits in initially. They’ve tried to make it better, but it still just isn’t there. So hopefully they can wake up to that and make some changes.”