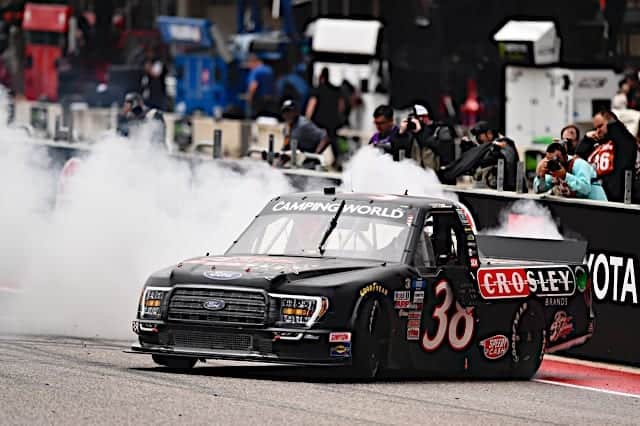 The No. 38 Front Row Motorsports pilot took home the checkered flag last week at Circuit of the Americas and will look to win his second straight Triple Truck Challenge prize tonight.

GMS Racing’s Sheldon Creed will start next to Gilliland on the front row, while Hattori Racing Enterprises’ Austin Hill slots in third. John Hunter Nemechek, who had some damage repaired in practice earlier, starts fourth and Ben Rhodes rounds out the top five.

The lineup was set using the formula that combines driver’s and team owner’s finishing position (weighted 25% each), fastest lap from previous race (15%) and rank in owner’s points (35%).