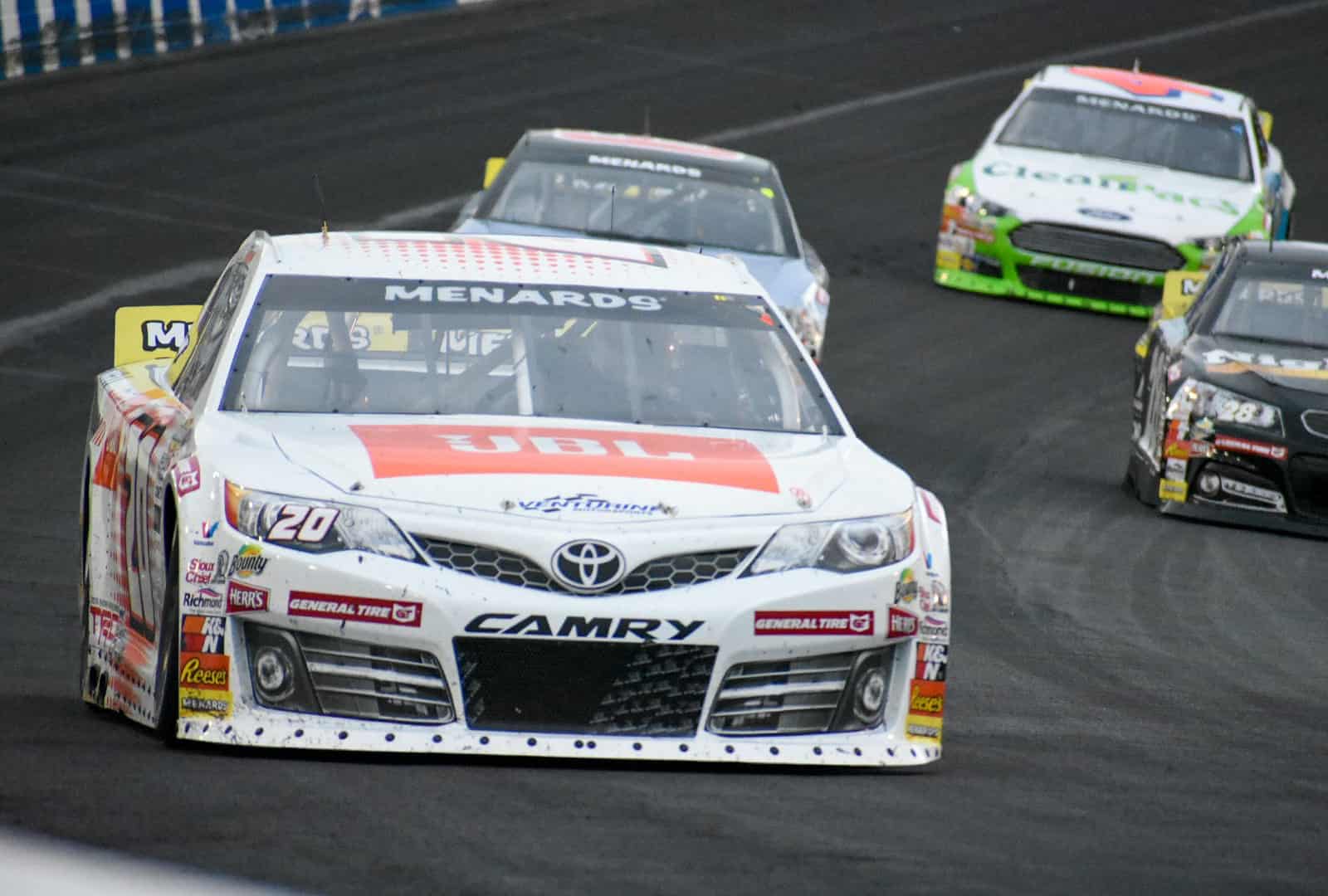 By all means, it might have been a bit a of a struggle for Corey Heim in Saturday night’s (May 29) General Tire 150 at Charlotte Motor Speedway.

However, a good drive into the top five during the second half of the 100-lap race along with a late race pit stop for fresh tires propelled Heim and his No. 20 JBL Toyota Camry to a strong second-place finish.

Coming into the sixth race of the 2021 ARCA Menards Series season, Heim had already claimed victories at Daytona International Speedway and Talladega Superspeedway, second-place finishes at Phoenix and Toledo and a third at Kansas. All in all, the 18-year-old Marietta, Georgia native compiled an impressive average finish of 1.8 and a 17-point advantage over second-place Ty Gibbs.

Conversely, Heim struggled to find his groove at Charlotte on an abbreviated race weekend. Qualifying ninth out of 23 for Saturday night’s race, the same position as his victory at the season opener at Daytona, Heim dealt with handling issues with his No. 20 JBL Toyota Camry halfway into the 100-lap race.

Halfway through the @ARCA_Racing General Tire 150 at @CLTMotorSpdwy. Corey is fighting an ill-handling car on both ends of the 1.5-mile speedway. Tires, fuel, and adjustments during this caution.

Still, for a championship contender like Heim, the Georgian refused to yield.

Willing his way into the top five in the waning moments of the race, a late-race caution with less than 10 laps remaining gave some new life to Heim and his Venturini Motorsports teammates Drew Dollar and Parker Chase.

Following a rather lengthy caution period, Gibbs led the field to the race’s ultimate restart with a steady Nick Sanchez giving a hard push away from Jack Wood and the Venturini Motorsports trio of Heim, Dollar and Chase.

Although Gibbs prevailed for a perfect Saturday at Charlotte, Heim muscled his way from the sixth position toward a stellar second-place finish.

Understandably, Heim, while none too pleased about his car, reflected on a silver lining on an evening where he minimized the points loss with Gibbs at Charlotte.

“I was really disappointed with our speed and overall handling of our car,” Heim told FS1 post-race. “It’s pretty unbelievable how we finished honestly just for awful we were in practice and the test too. In hindsight, I think we needed to bring a different car. We had some issues at Kansas as well.”

All things considered, Heim and his No. 20 Venturini Motorsports team put their best feet forward and maximized on an otherwise challenging evening at Charlotte.

With Charlotte in the rear view mirror, Heim looks forward to the Dawn 150 Friday (June 4) at Mid-Ohio Sports Car Course where he and his ARCA competitors await the great unknown at the 15-turn, 2.25-mile road course.