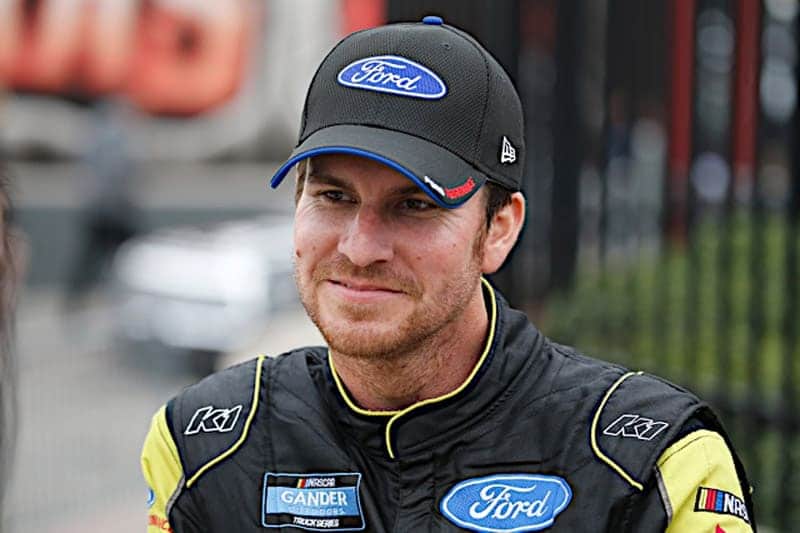 Grant Enfinger will attempt to qualify the No. 26 Toyota in Saturday’s (May 29) Alsco Uniforms 300 for Sam Hunt Racing and make his NASCAR Xfinity Series debut, the team announced Saturday morning.

Brandon Gdovic was scheduled to pilot the entry and practiced the car Friday, but Gdovic was uncomfortable on track and felt it best for the team to find a more experienced driver for this weekend’s event, according to a team statement.

“Following practice, Gdovic reported that he did not feel comfortable piloting the No. 26 Toyota Supra following a six-year hiatus in his career on mile and a half tracks,” the statement read. “SHR will need to qualify into the 200-lap event based on speed. Gdovic felt, for the best of the team, that he be replaced for the event.”

Gdovic has made 13 career starts in the Xfinity Series since his series debut in 2015. The 29-year-old has three starts for Sam Hunt Racing this year, finishing eighth at Daytona International Speedway in the season opener as well as 17th at Martinsville Speedway and 36th at Darlington Raceway.

A full-time driver in the NASCAR Camping World Truck Series since 2017 with ThorSport Racing, Enfinger qualified for the Championship 4 in 2020, placing a career-best fourth in points. The 2015 ARCA Menards Series champion also has six career Truck wins, 38 top fives and 71 top 10s in 115 starts.

Qualifying for the Alsco Uniforms 300 is set for 10:05 a.m. ET and can be seen live on FS1, with race coverage beginning at 1 p.m. ET on the same network.