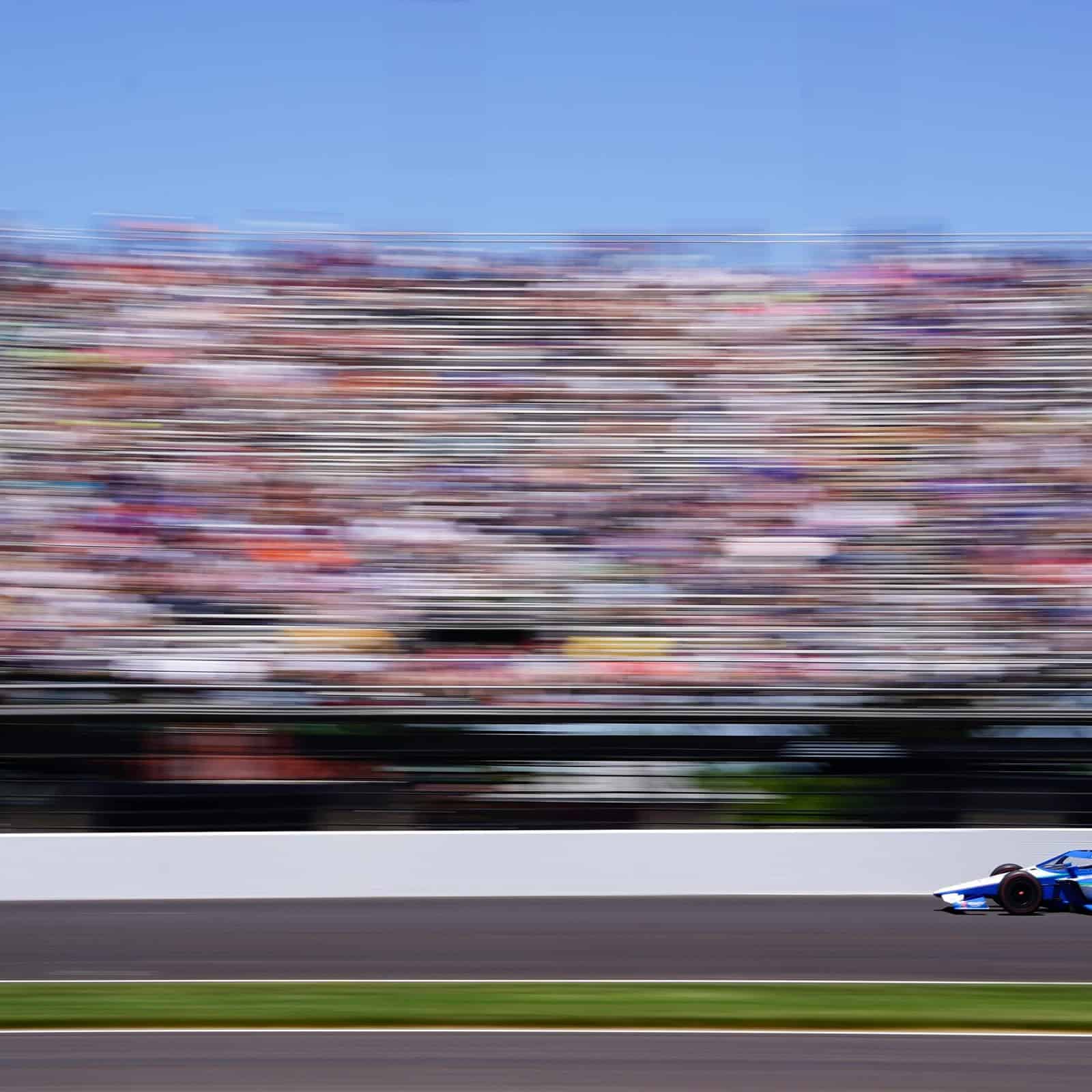 INDIANAPOLIS — In a single-car effort without any technical alliances, Sage Karam managed to finish 24 places ahead of where he started in Sunday’s (May 30) 105th Indianapolis 500.

The No. 24 Dreyer and Reinbold Racing Chevrolet finished seventh after starting 31st for the third year in a row, and it was Karam’s fourth time starting 31st since his rookie year in 2014 when he finished ninth.

With limited technical development compared to the major NTT IndyCar Series teams, Karam’s crew had to rely on good strategy to get the 2013 Indy Lights champion through the field, and a lucky break did help them early.

Karam pitted on lap 33 and Stefan Wilson brought out the first caution of the race a lap later when he spun in the pit lane, damaging his car and relegating the No. 25 Andretti Autosport Honda to 33rd place.

Karam went from 29th before the caution to 15th after it thanks to his crew keeping him on track instead of pitting. The Pennsylvania native remained around mid-pack and then as the race went down to its last 50 miles, Karam climbed from 14th place on lap 180 to 10th on lap 186, eighth on lap 191 and seventh on lap 195.

“I’m so pumped up, I don’t know, man. I feel like I mentally was put to the test every single lap out there today,” Karam said on pit road. “I’m so worn out. That’s the hardest 500-mile race I’ve ever done in my life. Just mentally drained. The water bottle broke with 50 to go so I was counting every lap down, just looking at the pylon every lap I came down and I’d see that I’m in the game and it’s just getting better and better.

“Just had to keep my head, had to do my best coming into pit road, hitting my marks. Missed my marks one time but the crew did an outstanding job with recovering that and only losing a little bit of time. The crew did an amazing job. I couldn’t have done this without their amazing pit stops, their pit stops were fantastic. Dennis (Reinbold, team co-owner) was spot on with strategy and I just had to keep it on the dance floor for 200 laps. I’m just so proud of this team, we’re a little team, a one-off team and we came and took it to the big dogs today and I think everyone knew we were there and if we qualify better, we have a shot at winning this thing.”

Karam’s record at Indianapolis has been peppered with people wondering what could have been, especially for a driver who nearly won the 2015 IndyCar Series Rookie of the Year award while only running a partial season.

After spending years trying to prepare for the right moments to pounce at Indianapolis, the 26-year-old did so, driving with poise that if the 2010 USF2000 champion possessed years ago, he would be in a full-time ride.

Can’t believe it. What an amazing job by the entire @DRRIndyCar team. P7 at the Indy 500 feels incredible. Thank you to all the sponsors that made this deal happen @AESIndiana @500Festival @mecum @WIXFilters @omaze @rowdyenergy and also an epic job all month from @TeamChevy! pic.twitter.com/u9tY71iz54

“You get put to the test every single lap [with] everything you know and you have to exert it all and you’re just learning and learning and learning and studying,” Karam said. “I was just so patient that race. I think that was the most patient I ever was except for the one four-wide moment on the back straight, but I knew right when I popped that wasn’t going to work and I just got out of it, I didn’t even try it. 20-year-old me would’ve tried it, so you just learn so much every race here. I learned a lot today and I’m just so happy to say I recorded my career best finish [at Indianapolis] today.”

Karam and Dreyer and Reinbold Racing may be on the sidelines for another season, but if their sponsors liked what they saw, then maybe they’ll do some more races.

Great drive for Sage. Always fast. I had him picked to be one of the first to wreck his car.

Great Race! Our local guy is growing up and getting better every day. He can be dominating in a few years. Stay humble and keep learning. It will only make you better.