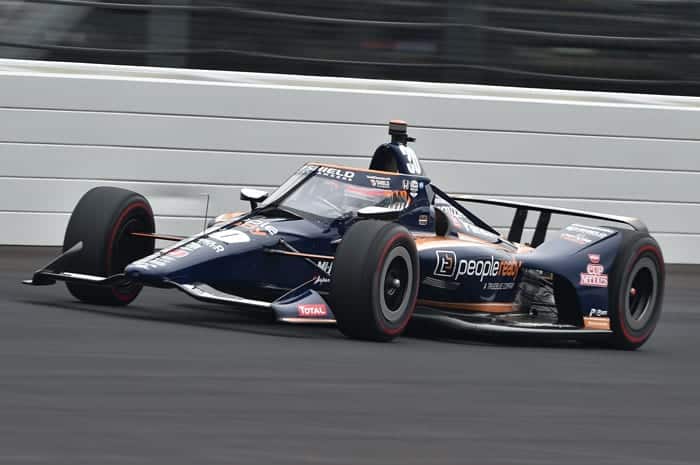 As the 105th Indianapolis 500 wound down, Takuma Sato and Felix Rosenqvist were attempting to save enough fuel to not make a final pit stop. Their attempts failed.

The pair led late in the 500, hoping for a yellow flag that would enable the pair to stay up front. However, Rosenqvist pitted for the final time on lap 192 while Sato pitted the following lap. While Sato finished 14th, Rosenqvist stalled in his pit box. That, plus an extra stop on lap 197 relegated the Swede to 27th, one lap down.

Had Sato been able to hold on, the Japanese driver would have won his third Indianapolis 500 instead of Helio Castroneves who won his fourth 500. However, the No. 30 Rahal Letterman Lanigan Racing Honda crew felt that the gamble was worth taking after pitting on lap 157.

“The team wanted me to run a certain fuel number, which I tried to achieve by only going 200 mph and it still wasn’t possible. So once you lose the shadow and the momentum, I needed someone, and at the end of the day, so we committed to follow someone to clock the same speed and at that point you’re using too much fuel so that’s why we had to pit with six to go.”

Rosenqvist pitted on lap 158 to gamble on a final yellow flag. However, with only two cautions, the Swede couldn’t make things work on his end. Plus, the No. 7 Arrow McLaren SP Chevrolet had to deal with a pit road speeding penalty early on that put Rosenqvist way back.

“Honestly you can’t do too much because you still need a tow, so you need to be quick enough to follow the group,” Rosenqvist said. “I think we found a balance where we could just stay with everyone and save as much fuel as we can, but we decided let’s go for it, let’s not go ultra slow because then maybe we’ll just end up in the back. It was a gamble to go for a win but obviously it didn’t work out. There wasn’t anything happening on track. So yeah, shame about that pit lane violation in the beginning. It must have been extremely little I was speeding, but yeah.”

Rosenqvist ended up leading 14 laps, his only in front so far at the Greatest Spectacle in Racing, but the speeding penalty earlier was a killer.

“Before we had that drive through penalty, we were [in a] really good position in the race,” Rosenqvist said. “We had a fast car, but from that point we weren’t in control of our own destiny. We were just hoping for something to happen so it was fun to lead for a bit but it was going to be a lot happening to make that work.”