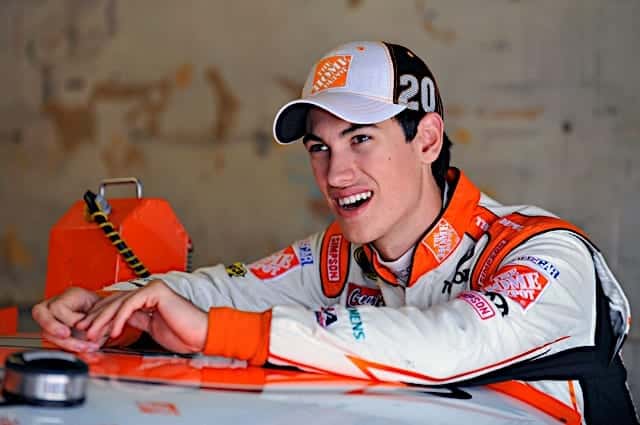 With NASCAR’s return to Sonoma, NASCAR looks to swing back to more west coast races after Sonoma was dropped from the 2020 schedule. Last year, there were only four race tracks (Texas Motor Speedway, Kansas Motor Speedway, Las Vegas Motor Speedway and Phoenix Raceway) where the Cup Series raced that were west of the Mississippi River. Auto Club is getting a facelift, so that track will not appear on the schedule until 2022. The South and West regions of the United States are two of the fastest-growing regions in America. In honor of going back to a west coast track and the Marcus Lemonis spirit, here are five former NASCAR tracks to look into getting back on the schedule.

NASCAR did take the Rocky Mountain way in the late ’90s and early ’00s with the Xfinity and Truck Series visiting Pike’s Peak. Pike’s Peak is a flatter one-mile track that has provided racing at new heights. Because of the high altitude, the engines are restricted by about 20 horsepower. Engine builders would have the added challenge of going to a track that has thinner air. Only two current drivers in the Cup Series, Joe Gibbs Racing’s Martin Truex Jr. and Denny Hamlin, competed in the final race at Pike’s Peak in 2005. David Green grabbed his final career Xfinity win that day at Pike’s Peak. The market of Colorado is starting to grow as over a million people have moved to the state since the last race in 2005. With fans taking in the scenic views of Pike’s Peak and watching a race, the race weekend would be a great west coast vacation getaway for fans.

Portland International Speedway provides road course racing west of the Mississippi River; currently the only West Coast road course is Sonoma. While this track provides a lot fewer elevation changes than Sonoma, the track has some unique features like esses on the backstretch, a tight final corner and a chicane on the frontstretch. Portland International Speedway did host a race in 1986 for the then-Winston West Series, which was won by Hershel McGriff. Mark Martin even won a Northwest Series race there in 1995. While visited by lower series, the Truck Series made two stops at the Portland in 1999 and 2000. Greg Biffle and Andy Houston, in what would be would be his final NASCAR win, won the two races, respectively. Portland did host NASCAR West Series races from 2009 to 2012. Since the last NASCAR-sanctioned race in 2012, Portland was raced on as recently as 2019 by the Indy Lights Series.

The Toyota Showdown was a race that was run by NASCAR’s then-K&N West Series drivers in the 2000s. Drivers like Joey Logano and David Gilliland have won races here. One of the reasons that Irwindale Speedway earned its fame is because the race introduced the last chance race for its 2007 running. The last chance qualifier races have produced some great moments over the years. Norm Benning‘s performance in a last chance qualifier race in 2013 at Eldora is one of the reasons why the last chance qualifiers can create iconic moments in the sport. The last running of the Toyota Showdown was in 2011. Irwindale does host local racing events today, but none as big as it was back 10 years ago. This track provides the vibe of Saturday night short track local racing, which NASCAR needs to bring back for its die-hard base of fans.

Companion races can provide great opportunities for younger drivers to move up in NASCAR. The only track in the state of Washington is Evergreen Speedway. Evergreen has been a stop on the ARCA Menards Series West schedule since 1964. The little track could expose multiple drivers who are local to the northwest region of America. Drivers like Chad Little, Geoffery Bodine and Hall-of-Famer Bill Elliott have won at this track. Exposure of lower series with the upper series in town is like spring training in baseball. With the new exposure to different markets, NASCAR has an opportunity for drivers to get into the sport from the Northwest.

Saugus Speedway has a quirkier history than most tracks, as it provided a bullring type of racing on the West Coast. Way back in the early days of racing, Saugus was a stop for the Pacific Coast Late Model Division, which had raced as far back as 1957. During the ’80s, the Southwest Tour made stops at the track. This track is one of two race tracks where Ron Hornaday Jr. and his father, Ron Hornaday, have both won. By the 1995 season, there was a NASCAR Winston West race, NASCAR Southwest race and a NASCAR Truck Series race. During the Truck Series race, Ken Schrader started third and won the inaugural event at Saugus. Everything came to a screeching halt for the track as the grandstands were torn down because of safety issues. The facility still stands and is now a marketplace for merchants. This bullring could be where NASCAR perfects the art of heat racing for the Truck Series.

Bring it back and they will come!

Evergreen needs it back.

Evergreen needs to come back