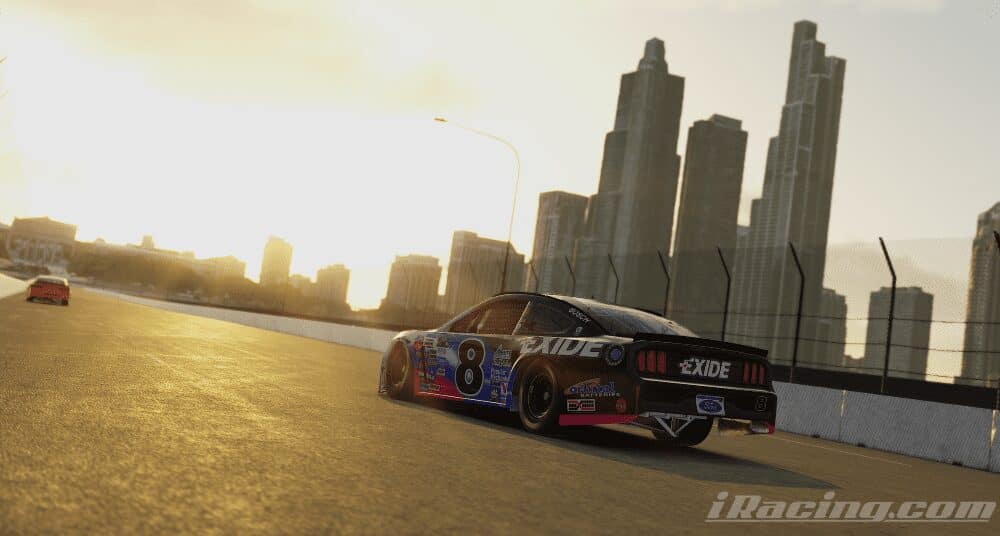 After winning his fourth fan vote award, Iwuji will be a part of the first ever NASCAR-sanctioned event on the newly added Chicago Street Course, a virtual 2.2-mile long circuit. The 36-car field will race through Chicago’s landmark streets, including Michigan Avenue and Lake Shore Drive with the downtown skyline as a backdrop.

Dale Earnhardt Jr. once again returns to virtual action after he had to miss round four of the series at the virtual Circuit of the Americas. He will again pilot the No. 88 Chevrolet. Earnhardt is looking to continue his streak of top-10 finishes after placing seventh at the virtual Talladega Superspeedway and third at Darlington Raceway.

Timmy Hill joins the field as the No. 66 MBM Motorsports entry after winning the Texas Motor Speedway iRacing Pro Invitational round in 2020. He is coming off another top-10 finish with sixth at COTA.

Kyle Tilley will take another shot behind the wheel of a stock car nearly two weeks after making his first Cup Series start at Circuit of the Americas. The driver of the No. 78 Live Fast Motorsports Ford will be making his second career iRacing Pro Invitational Series start after finishing 30th at COTA.

Brothers Kurt Busch and Kyle Busch will not make starts tomorrow night. It will be the first iRacing Pro Invitational event Kyle Busch will miss in 2021. Ty Gibbs will race in the No. 18 Joe Gibbs Racing car for Kyle Busch.

Michael McDowell will also not make a start in the first Chicago Street race.

This race is pathetic. We need yellows.