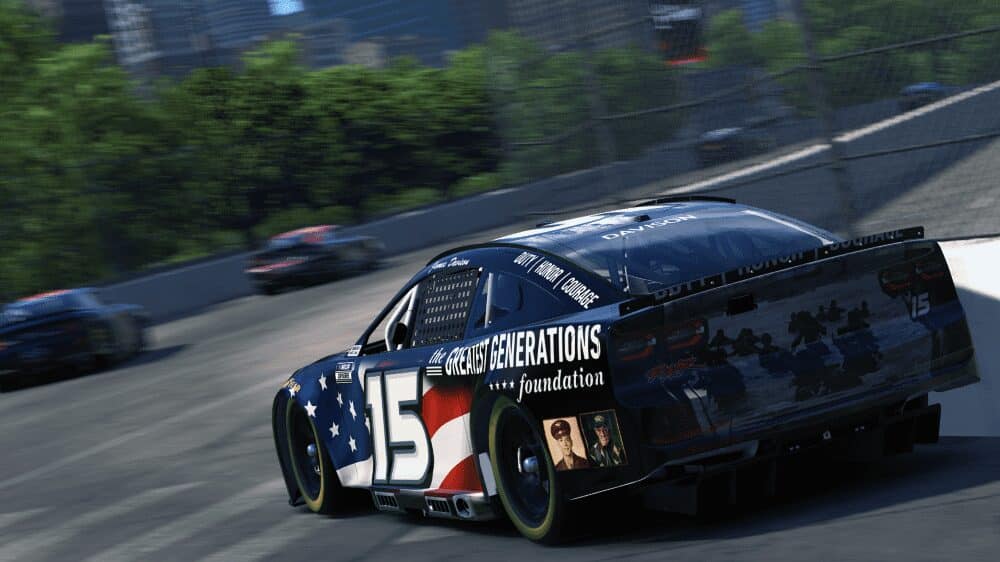 In the final eNASCAR iRacing Pro Invitational Series event for NASCAR on FOX, James Davison took home the victory at the fictional (for now) Chicago Street Course, the first time any cars have been on this brand new circuit on Wednesday night (June 2). The race also featured the Next Gen Car for the second time in this eSeason.

This was Davison’s second straight victory in the series, both coming on road courses after winning on the virtual Circuit of the Americas last month.

“I knew I had to escape turn 1 and I saw the torpedo come in there and ruin everyone behind me,” Davison told FOX afterward, referencing Anthony Alfredo’s opening turn incident. “I want to thank NASCAR and I’d love to see a street course in the future.  … We would put on a great show on the street circuits.”

Alfredo was arguably the second-best driver in practice and qualifying, but his race ended in the very first turn after a spin put him way back in the field. He was not the only to spin as William Byron, Tyler Reddick and several others struggled to keep it clean early on.

The beauty about the Pro Invitational Series is the story of underdogs being able to showcase their skills on the sim. Many do not have the equipment in real life to show what they can do, but these drivers are very good at what they do on the simulator. Drivers like Josh Bilicki, Garrett Smithley, Davison, and Timmy Hill all are very talented on iRacing.

Notables who failed to finish after a very rough opening laps include Hendrick teammates, Coca-Cola 600 winner Kyle Larson, Alex Bowman and Chase Elliott. Unlike their real-life success, the sim has not treated any of them well this year.

This was a race of attrition for many, as there were very few cars who did not sustain damage. The majority of drivers in the field were involved in at least one incident tonight, with the exception of Davison, Bilicki and a few others on the lead lap.

Davison set a blistering pace tonight with only five cars ending up on the lead lap.

NBC will take over the series this summer with races to be announced at a later date. iRacing also announced that the service has made the Chicago Street Circuit available to its members following this race.