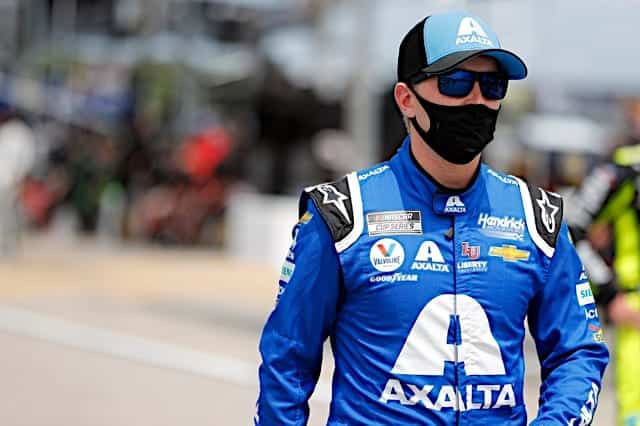 With the addition of Nashville Superspeedway to the NASCAR Cup Series schedule, William Byron wanted some additional experience at that track. As such, he will drive a second entry for Rackley WAR in the NASCAR Camping World Truck Series race at Nashville on June 18.

Byron will drive the No. 27 Chevrolet, with team co-owner Willie Allen serving as his crew chief.

“I am excited for the opportunity to get behind the wheel in the Camping World Truck Series again,” Byron said in a team statement. “I haven’t been in a truck for a while, so the opportunity to do so with Rackley WAR allows me to get back and accustomed again. I have never raced at Nashville Superspeedway before either.

“While I think the NASCAR Cup Series entries will handle differently compared to the trucks, the Rackley Roofing 200 will give me a chance to learn a few things on my end that I may not be able to try. Plus, this gives me a chance to get more acclimated to the track overall – I can learn the braking zones, pit road entrance and exit, and the overall characteristics of Nashville Superspeedway.”

Byron will attempt to make his first Truck start since 2016. In that season, Byron won seven races en route to a fifth-place finish in the championship standings.

The team recently announced it parted ways with driver Timothy Peters. NASCAR Xfinity Series driver Josh Berry will pilot its flagship No. 25 Chevrolet for three races, including the Nashville race.

Because Nashville will be the first race for the No. 27 entry, Byron must successfully qualify to make the Rackley Roofing 200, but unlike many races on the 2021 schedule, practice and qualifying will be held at Nashville due to its newness on the schedule.