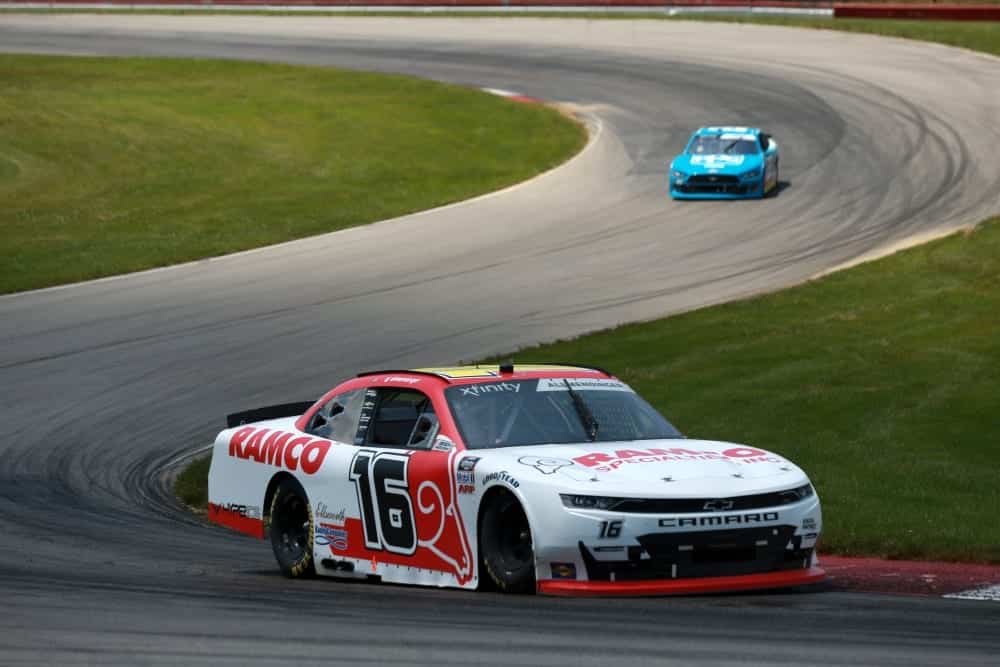 Allmendinger took home a win at Las Vegas earlier in the year and has raced at the Mid-Ohio track three times before today’s win.

Allmendinger, who faced a mid-race penalty, rallied back to the lead after Austin Cindric made contact with Justin Haley, which sparked a late-race accident amongst other competitors.

“I knew if it went green, we weren’t going to win most likely,” Allmendinger said while getting high-fived by teammate Jeb Burton. “I knew by far we had the fastest car in the race track … I just fought hard.”

“It’s an important race. It’s Matt Kaulig’s Super Bowl … I made the decision coming to green that we were either going to win or we were going to crash,” Allmendinger continued.

Kaulig Racing dominated the first half of the race with Allmendinger and Haley winning the first two stages. With a minimum pit stop time violation on pit road on lap 48, he restarted at the tail end of the lead lappers and made a steady push toward the front, cracking the top-10 with less than 15 laps to go.

Allmendinger proceeded to make his way back into the top-5 but was still separated by a 14-second buffer between him and the leader, Cindric.

It was the third Kaulig driver, Jeb Burton, who changed everything for the race winner when he spun in turn 4, bringing out the caution on lap 70.

Among the mishaps on track, Jeremy Clements suffered ignition issues and Tommy Joe Martins blew his engine up mid-race. The first caution of the day came immediately after the green flag when Noah Gragson’s role in the race came to an end.

Gragson, who remains winless this season, tore the nose off his vehicle after running off the track in turn one.

Miguel Paludo was also involved in a lone incident in turn 9 at the end of stage one but was able to survive the gravel trap while AJ Allmendinger claimed the first stage win.

Gragson’s and Paludo’s JR Motorsports cars weren’t the only Chevrolets in the team’s shop to have issues on track. Justin Allgaier experienced mechanical issues on lap 31, which forced him behind the wall.

The NASCAR Xfinity Series will take on Texas Motor Speedway next Saturday, Jan. 12, at 4 p.m. Tune into FS1 to catch the action.

I’d like to know what kind of recreational drugs the NASCAR honchos were indulging in when they came up with that bizarre set of pit stop rules.