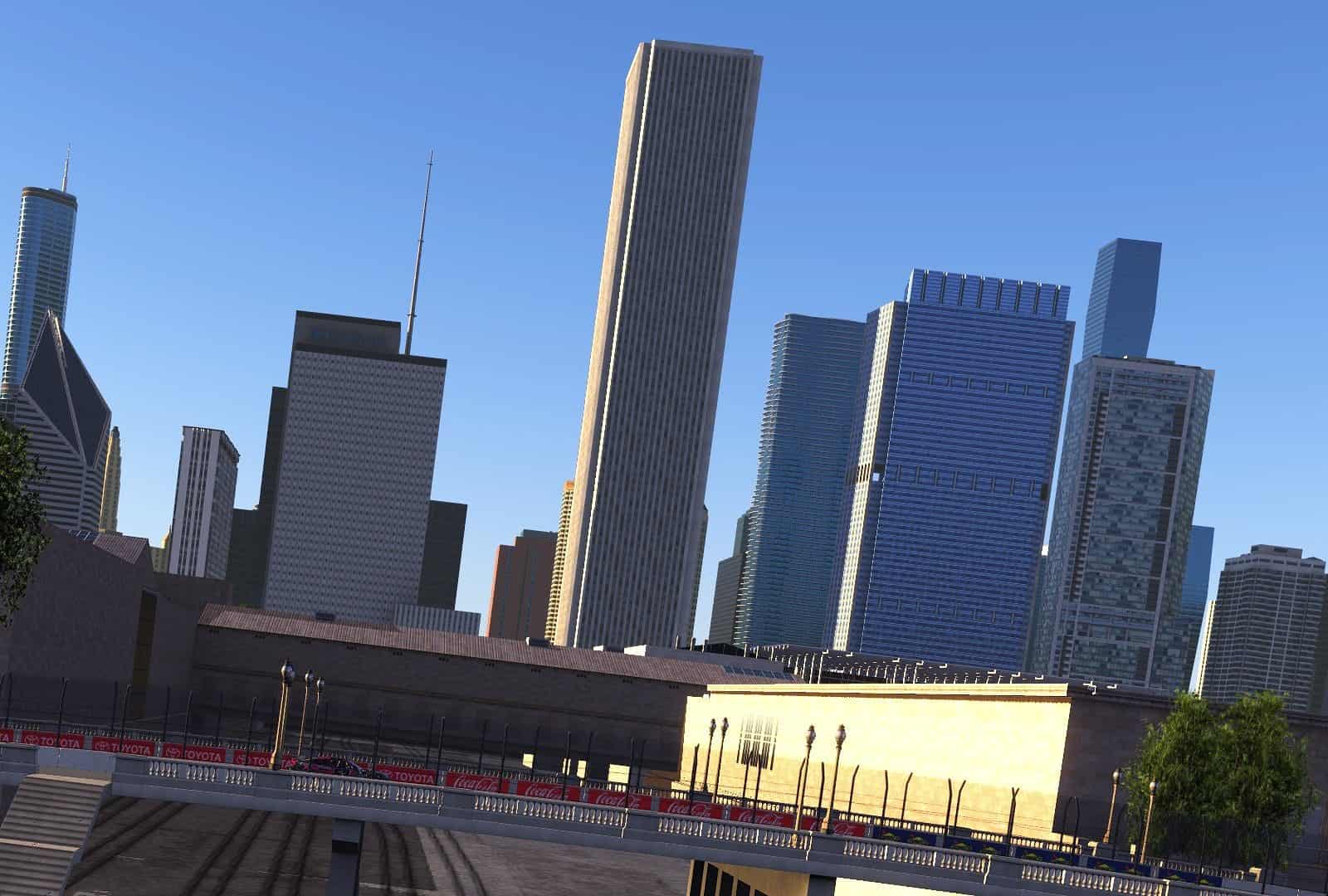 As iRacing Week 12 comes to a close, that means there are only a few days until the new build comes out for Season 3. There have been a few confirmations on some new content, and there have already been some releases like the NASCAR NEXT Gen and the fictional Chicago Street Course.

A new build could spell changes for physics, tire model, damage model, visual content and more for what’s already on the service. It was just recently teased that the iRacing forums are getting a facelift, and with that, possible mobile aspects could be coming as well.

It’s about time we got an official iRacing app, to be honest. Fingers crossed that this is the case.

As the season is rounding out, Week 13 will be up next with some fun combinations and preview series for the new content.

As already mentioned, the NASCAR NEXT Gen and Chicago Street Course are available to race now, both being released during FOX Sports broadcasts of the eNASCAR Pro Invitational iRacing Series. The most recent Pro Invitational race took place utilizing both on Wednesday night, and James Davison absolutely stunk up the show for his second straight win.

The eNASCAR Coca-Cola iRacing Series is off for nearly a month, but the first round of the Road to Pro, the first step that the drivers not in the Coca-Cola Series will take to advance to the highest level, took to the shortest circuit on the calendar at Martinsville Speedway last week. We’ll also cover the 100% Cup Series and the FTF Cup All Star in this week’s roundup.

The longest race of the season from mileage alone, the Charlotte race titled called the ABillionWoodProjectsLLC.com 600 — the 15th race of the 36 race season — had a relatively green race with 29 drivers taking the initial green flag.

Like the real thing, the race was broken down into four stages, the first three all yielding stage points and the final for the final points and results. Bryson Hixenbaugh led the field to the green flag and the 600 miler was underway.

Hixenbaugh led the field through the first stage, taking the green-checkered flag after 100 laps. On the 107th lap, Jon Dulaney powered around the outside of Hixenbaugh to take the lead, but it wasn’t long after when Adam Benefiel took control at lap 120. A few laps after that, Hixenbaugh and Raymond Root made contact, and that sent the 63 through the virtual infield turf, setting up the complexion for the rest of the event.

Benefiel went on to win both the second and third stage while Dulaney stayed close by. With a caution at lap 316, most of the field decided to pit, but Benefiel stayed out. On lap 322, Dulaney was able to easily clear Benefiel for the lead with the fresher tires. Dulaney pitted for the final tie at lap 360, and that gave the lead back to Hixenbaugh for the moment.

The damage to Hixenbaugh possibly took any speed away from the points leader, and relegated him to a fight to finish on the final step of the podium after an alternate pit strategy. The 63 finally pitted with 20 laps to go, cycling Dulaney to the lead for the final time with Benefiel coming home second.

With his fourth win of the season and positive points gain, Dulaney cuts the lead back down to 11 as Hixenbaugh continues to lead the way overall. Cameron Stone, Benefiel, and Mason Lowery round out the top five.

ALL STAR: INDIANAPOLIS MOTOR SPEEDWAY, May 30

FTF has been known to change up the status quo from time to time. One of their perennial favorite changes is to swap the All-Star and Charlotte 600 race weekends on their schedule in hopes to get as much participation in both.

The FTF Racing Motorsports Drop All Star Race also took a look at changing up the racing by sticking the field in the NASCAR NEXT Gen cars at the Indianapolis Motor Speedway Oval in-between the Indianapolis 500 and Coca Cola 600 in the real world.

Blake Reynolds was the dominant force through the race, leading early and often. Michael Guest challenged after the mandatory pit stop on lap 15 and won the first segment, but after the invert, Guest had a tougher time making his way back through the traffic.

Reynolds mastered the air and made his way around Oisin Walsh late in the going to take the overall victory, winning $46 in total for winning and leading green flag laps. Guest won $31 after the segment win, laps led, and a sixth place finish were all taken into account. Brian Mercurio finished second and didn’t lead any, but he walked away with $20.

What a wild weekend in Indiana! Congratulations to all of our winners!

Contested in the middle of the day, the race wound up on Zack Johnson’s STN Racing with Jacob Hitz and myself in the broadcast booth. BottomSplit will return this weekend with the next race at Sonoma.

Check out the regular broadcast replays over on BottomSplit.

The penultimate race of the opening Road to Pro round took to the paperclip, Martinsville Speedway, for 200 laps across 10 splits of action. The top two splits were broadcasted on Podium eSports and STN Racing with Adam Gilliland and Kaden Honeycutt taking home the respective victories.

The top 70 drivers in the standings after a drop is factored in will move on to the next round of the Road to Pro Qualifying Series, and mathematically, a bunch of drivers can say that they’ll be able to breathe easier when they roll up to Dover for the final race on June 17.

Brandon McKissic leads the overall standings as they run, but with factoring in a drop week, former eNASCAR Coca-Cola iRacing Series race winner Kollin Keister leads the charge heading into the final race. Keister, along with Darik Bourdaeu, Justin Bolton, Brad Wright, Nick Shelton and Chris Overland, are all former drivers in the top series, and all are mathematically locked into the next round.

Many other former Coca-Cola Series drivers are also on the verge of advancing to the Round of 70, while there are plenty of new faces making the best of the season, looking at their first or second shot at the big time.

The 100% Cup Series will visit Sonoma Raceway on Saturday night at 8:30 p.m. ET. The replay will be available on 3 Wide TV.

FTF Racing will also try their best to have a good race at Sonoma Raceway on Sunday night, live at 8:00 p.m. ET on BottomSplit.