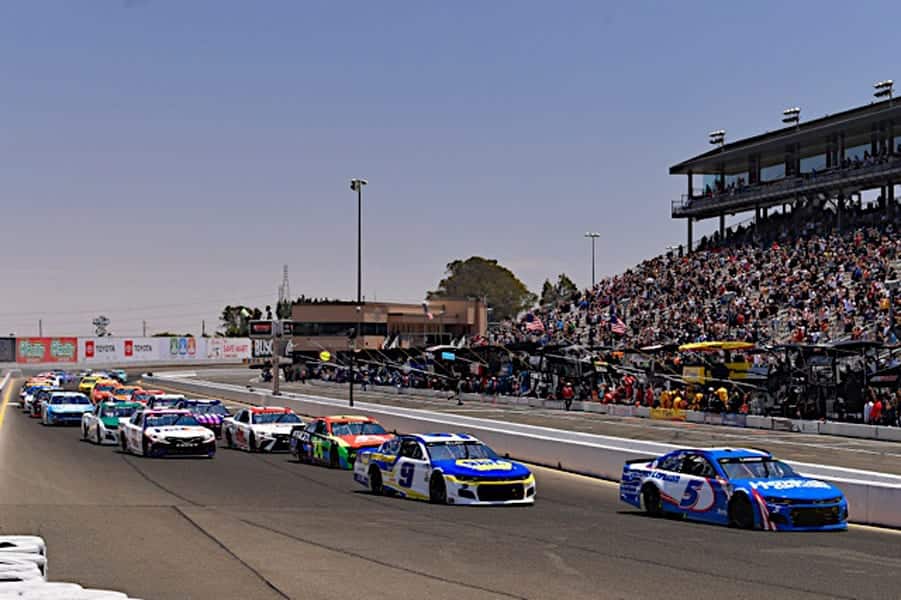 Ah, yes. It’s that time of year again. Or in this case, I guess I should say it’s that time in an 18-year cycle again. Here in the Western Suburbs of Philadelphia, the 18-year hatch of the cicadas took place Saturday morning around Dawn O’clock. For small bugs, these things are incredibly noisy especially given their numbers, said to be in the trillions. (I’m not sure I believe that total, but hell, it’s not my job to count them.)

Eighteen years ago, the previous generation of cicadas burrowed underground and laid their eggs. After which, that generation all died, for which we here in the area were all quite grateful as I recall. Having been underground in the dirt 18 years, warming temperatures signal the new generation it’s time to emerge from the earth and have a look at what’s going on topside.

Like any teenager, this next generation of bugs is obsessed with just one thing: finding a partner to have sex with. Unfortunately, they sing a less than artful mating tune, worse than anything ever committed to vinyl by the Bay City Rollers. The best I can describe it, it sounds like a severely loose serpentine drive belt slipping on a late model Dodge or Jeep next-gen Hemi having the piss revved out of it. And it will go on constantly, dawn to dusk and through the overnight hours for three or four weeks after which this generation of the noisy little bastards will lay their eggs underground and the 18-year cycle will repeat itself. I don’t reckon I’ll be around to curse the next hatch in 2039, as likely I’ll be taking an extended dirt nap of my own by then.

Because coincidence has an impish sense of humor, the emergence of these noisy subterranean nuisances will occur just as a five-day heat wave will thrust heat indices to triple digits. Doubtless I’ll spend a lot of time opening windows to cool off and then slamming them shut to escape the cicadas’ obnoxious symphony for a while.

And what has this to do with the sport of stock car racing, you might be asking by now? Admittedly very little. But a lull in genuine racing news this time of year and trying to think straight with the cacophony going on outside sometimes causes writers, myself included on numerous occasions, to fall back to a “Random Notes” style column, a collection of random thoughts, none of them fleshed out enough to be offered as a full column in and of themselves. With your kind indulgence, I proceed.

Whine Country: I’ve noted many times that my strong preference is for Cup races to start at or about 1 p.m. ET like they did back in the golden age of stock car racing on ESPN. A race that starts at a quarter after four Eastern Time is thus an irritant to me. Yes, I know all about time zones. I know that the Sonoma race started about 1 p.m. local time. I also know when they broadcast the Super Bowl, even if there’s a west coast team involved, fans on the west coast see the game live starting in the late afternoon, not tape-delayed in a more convenient time slot. Live sports need to be televised live.

Over the years, I have heard from many left coast viewers that they enjoy having sporting events end by mid-afternoon local time, giving them an opportunity to get outside and take advantage of the typically beautiful weather. In some instances, readers have even told me that alone was enough to make them decide to reside or move to the Pacific Time Zone.

TV: I’m not a devotee of the art (or decided lack thereof as of late) of broadcasting a stock car race live. It would seem given the increased size and shape of the track, it would be tougher to broadcast a road course race than a similar event on an oval track. But that’s a guess on my part. I think that producing a stock car race for TV on either type of track is a lot like the production of sausage. The less you know about the process, the more likely you are to enjoy the finished product.

Speaking of TV, and, in this case focusing on ratings, something happened this year that hasn’t happened since 1995: The Indianapolis 500 race broadcast beat the Daytona 500 broadcast in both ratings and viewership. Daytona, of course, did have to endure rain delays which Indy did not, but still, the Daytona 500 drew a weak 2.8 Nielsen rating to the Indy 500’s still not impressive 3.15 rating. 5.58 million souls watched Indy compared to 4.83 million who watched Daytona. Of course, those two events were three months apart.

How about a comparison between ratings for the Indy 500 and the World 600 run later that day? The numbers don’t look good. The 600 scored a lowly 2.3 Nielsen rating with just over 4 million viewers tuning in to the marathon event. As recently as 2020, the Daytona 500 earned a 6.26 rating with close to 11 million viewers.

SRX: Still speaking of TV, by way of reminder, the Superstar Racing Experience (SRX) kicks off this Saturday night on CBS from Stafford Springs, Conn. The new racing series schedule is a matter of simplicity, with the events held on the same bat channel (CBS) at the same bat time (8 p.m. Saturday night for the next six weeks). I have no idea what the quality of the racing will be like. To be honest, at this point nobody does, but since the alternative is sitting around cursing noisy damn bugs, I’ll give it a shot.

All-Stars: As far as the Cup series next weekend, they’ll be running the non-points-paying (and thus entirely pointless) All-Star race Sunday night at 8 p.m. ET on FS1, this year at the Texas Motor Speedway rather than Charlotte.

As originally conceived, eligibility for the All-Star race was quite simple. Drivers who had won a race the previous season or in the current season prior to the event made the field for the big show. Over the years, they altered the eligibility rules to the point nobody was quite sure who was in and who was out. Giant Pachinko machines and fan votes were pressed into service. The entire track at Charlotte was “levigated” to very poor effect.

Along the way, people seemed to forget that since NASCAR doesn’t have divisions, leagues or conferences, every Cup race is, in effect, an All-Star race with all the big names (hopefully) competing alongside the guys who seemed to be out there every week just to get in the way. The All-Star race has outlived its usefulness, so if this fan gets a vote, I’d cast my ballot to leave an open weekend in the schedule in late May so the drivers and team members could sleep in their own beds and enjoy a little downtime with their families to kick off the summer season.

Stinkers: I do know back in “the good old days,” broadcast rights to the two NASCAR road course races (Watkins Glen and Sonoma) were not hot properties. In order to get rights to a big race like the Southern 500 or World 6oo, networks had to agree to do one of the road courses, too. Yep, those races were the “Little Stinkers” in the deck.

Saturday’s NXS race started at a completely acceptable 1:14 ET. If you missed it, you missed a great race that began and ended under perfect weather, unlike many of NASCAR’s races held in late afternoon lately. A.J. Allmendinger had to restart at the tail end of the field after a pit road penalty near the end of the second stage of the race, but managed to storm his way to the front of the field for the win.

Many fans will argue that the implementation of stage racing in NASCAR races has severely hurt the quality of the events themselves. It’s hard not to argue that’s the case on the road courses. Way back in 1996, Geoff Bodine tried a unique strategy at Watkins Glen. There were no pre-advertised caution flags back in that era as we have today with the stage breaks. Typically, race strategy on the road courses was similar to oval track strategy. When the yellow flag flew, most if not all drivers headed to the pits for fresh tires and fuel.

Instead, Bodine and his crew chief (I believe it was Paul Andrews in that era) calculated what lap was the earliest they could make a pit stop and still complete the race with just two more stops. They pitted on that lap, and as the field cycled through their normal stops, Bodine stayed out and found himself at or near the front of the field. On lap 64, Ricky Craven’s Chevy came to a stop on the track, the victim of a blown engine that had oiled down the track.

Most teams dove to the pits for new tires. Fresh rubber at the Glen had never been as big an advantage as it was at some oval tracks like Darlington (unless your name happened to be Tim Richmond). Ken Schrader found himself briefly in the lead, but as pit strategy played out, Bodine found himself in the lead on lap 83 and led the final seven laps of the race to take the win. That win was the 18th (and, as it turned out, final) Cup victory of Bodine’s Cup career.

Actually the cicadas lay their eggs high up in the tree, not underground. They hatch shortly after and fall to the ground where they (the nymphs) burrow under ground and live off the tree’s root system for 17 years before emerging again.
Yes the All-Star race needs to go. I know you won’t like this idea Matt but NASCAR should take a note from the NFL. Get rid of the exhibition games in August and make it another real real game. There is no way NASCAR will get rid of something that produces revenue. People do still watch if only because there is nothing better to watch on TV. Although, I’d be fine with letting the drivers have another off week, or better yet, shorten the season by a week.

I try hard to not “listen” to the cicadas. If I start paying attention, then the noise bugs me.

Like you I prefer 1 p.m. local starts but this past weekend, it was really hot so I was out mowing grass and doing yard work early in the day so I was ready to have a shower and cool off by the time the race started.

The All Star race isn’t fun any more – actually it hasn’t been fun for at least a decade. Like NASCAR’s current playoff system, it has become too convoluted to be reasonable and it isn’t an “all star” event any longer.

Yep, one of the few great things about living out west is the early start and end times for sporting events. :)