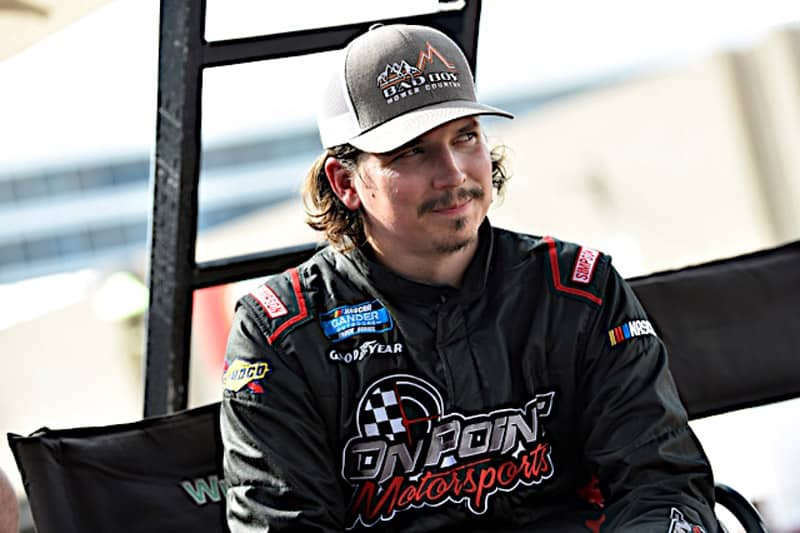 Brennan Poole will climb back behind the wheel of the No. 30 On Point Motorsports Toyota, On Point announced June 7.

He will drive the No. 30 in the upcoming NASCAR Camping World Truck Series race at Texas Motor Speedway.

“I’m excited to be working with On Point Motorsports again and grateful to be back behind the wheel after my injury,” Poole said in a team release via Twitter. “Thank you to everyone who has made this possible.”

Poole competed in 35 of the 36 races in the NASCAR Cup Series last year as a rookie. He scored a ninth-place finish in the playoff race at Talladega Superspeedway and finished 32nd overall in the standings.

This will be Poole’s first NASCAR start this year, as he recovered from a broken wrist earlier this year.

Thank you! I have a broke wrist right now just had surgery last Thursday. I won’t be able to race until end of June start of July. As of now I do not have a ride. I’m available once my wrist works again! https://t.co/DvIYW91aJw

Poole also has driven for On Point part time over the past two years. In 27 Truck starts, Poole has one top five, a second-place finish in the eighth race of the 2019 season at Charlotte Motor Speedway, and four top 10s.

This race will be his fifth Truck start at Texas. He has two top-10 finishes there.

On Point has fielded the No. 30 full-time this year, with Danny Bohn behind the wheel for all the races except the inaugural race at Circuit of the Americas, when Michele Abbate debuted. The team is currently 27th in owner’s points