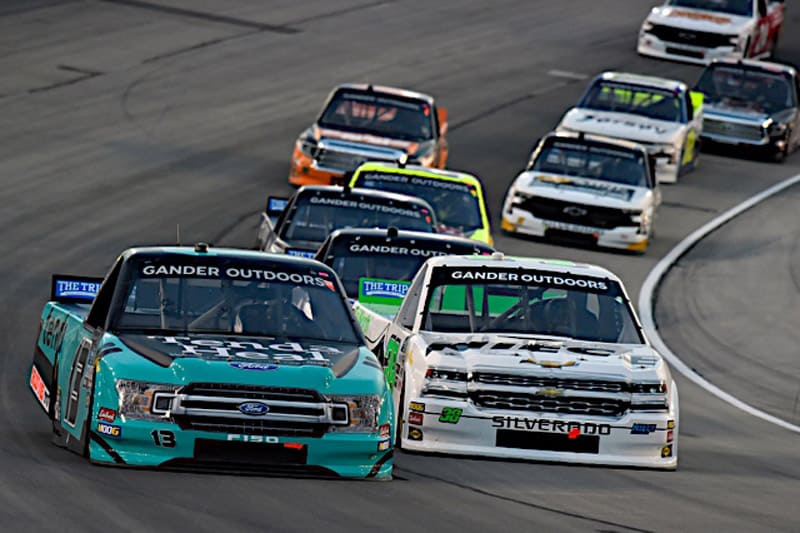 After taking the previous weekend off, the NASCAR Camping World Truck Series returns to action at Texas Motor Speedway.

Thirty-six drivers are entered for Saturday’s event, so it will be four shy of a full field, barring any entry list changes.

Two NASCAR Cup Series regulars will compete in this event. Reigning Cup champion Chase Elliott will drive the No. 24 GMS Racing Chevrolet, while Ross Chastain will make his third Truck start this year as he’ll pilot the No. 45 Niece Motorsports Chevrolet.

This year’s NASCAR Xfinity Series Martinsville Speedway winner Josh Berry will drive the No. 25 Rackley W.A.R. Chevrolet for his first of three races with the team.

Announced earlier today, Brennan Poole will make his first NASCAR start this year as he will drive the No. 30 On Point Motorsports Toyota.

Finally, Grant Enfinger will drive the No. 98 ThorSport Racing Toyota as he has split his starts this season between ThorSport and CR7 Motorsports. CR7 has not entered anyone to drive its No. 9, the first time it has missed a start in 2021.

Norm Benning returns to the track in his No. 6.

CMI Motorsports brings its No. 49 back to the track, with owner Ray Ciccarelli driving.

The Truck Series race at Texas will take place on Saturday, June 12 at 1 p.m. ET, with TV coverage provided by FS1.