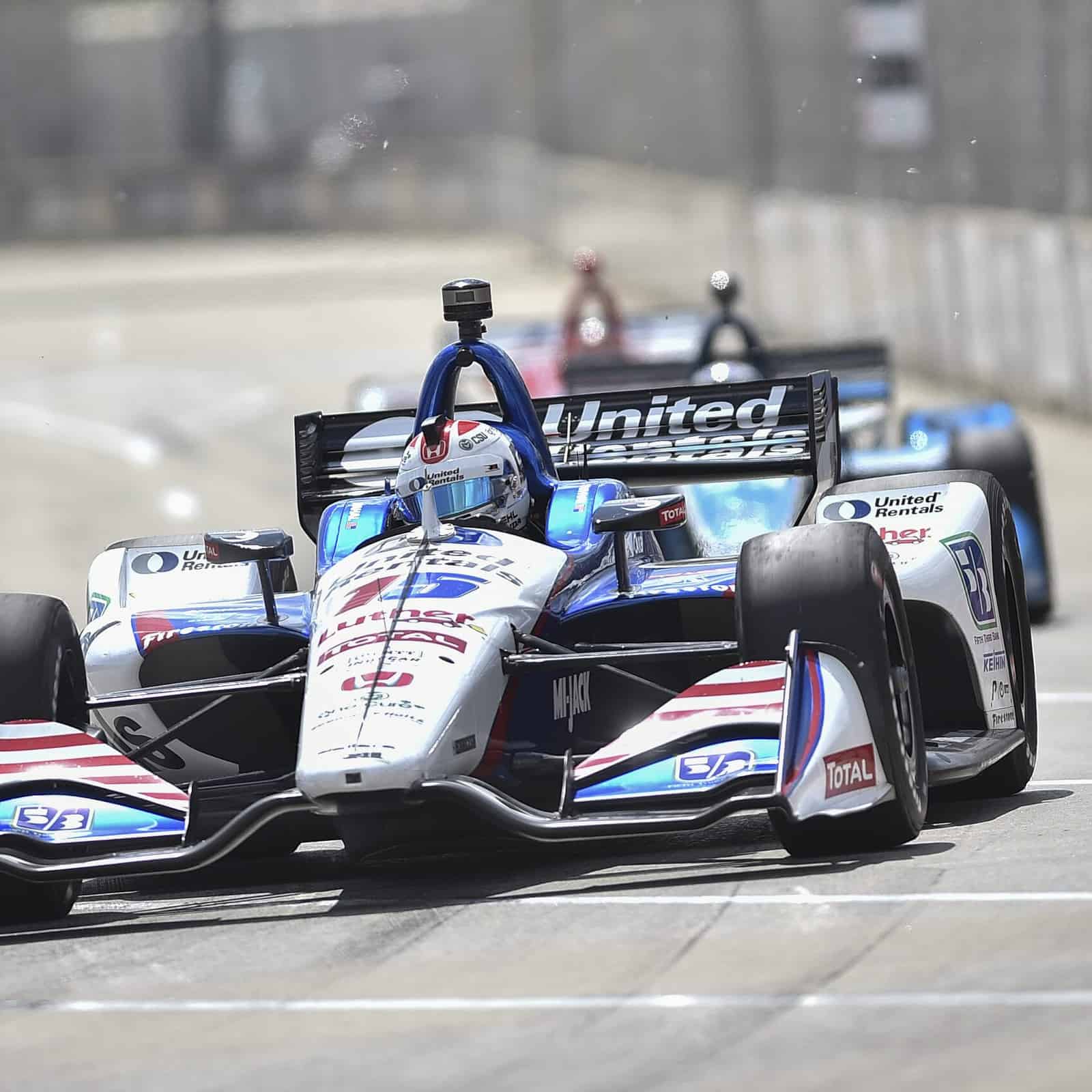 The streets of Belle Isle right outside of Detroit is the host of the upcoming doubleheader race weekend for the NTT IndyCar Series and the bumps of the concrete surface are ready to greet the field just two weeks after the 105th Indianapolis 500.

Belle Isle has hosted Indy car racing since 1992 with two breaks in that time from 2002-2006 and 2009-2011. The street circuit has been a doubleheader event since 2013 but only one driver has swept the doubleheader and that’s Graham Rahal, whose father Bobby won the first Belle Isle race.

Rahal’s race engineer Allen McDonald joined Rahal Letterman Lanigan Racing after the 2018 season. He has never won at Detroit but the No. 15 Honda is fifth in points and a good result can vault the team into the top three in the standings.

But to get a good result means taming the bumps and surface transitions at Belle Isle. The track is mostly concrete, but the transitions between concrete and asphalt can be quite bumpy and the concrete has its own characteristics.

“The concrete track adds a few things, first of all it’s much less temperature sensitive than a tarmac track,” McDonald said. “Secondly it takes in rubber in a different way. It’ll be interesting sharing the track this week with IMSA but often it rubbers in a lot. This track really changes a lot over the weekend so you’ve got to chase it.

“You have to balance the need for compliance, to have a car that’s very good over bumps with a car that’s reasonably good for aero as well, and that adds a few setup challenges.”

Starting the lap around the 14-corner, 2.35 mile circuit is a quick right-left sequence that goes over a small hill. This is the same corner sequence where in 2018 GM Executive Vice President Mark Reuss crashed the Corvette C7 pace car ahead of that years’ second race in the doubleheader.

“It’s got some elevation change and it’s bumpy, so we’re coming back to the whole compliance to aero tradeoff,” McDonald said. “We tend to use softish springs obviously on a street course and that kind of brings you into the zone of using third [springs] for ride height control and places like turn 2 with elevation change where the car is in compression, it makes it very difficult to control the third engagement correctly. You can imagine that in a corner like that where the car’s heavily loaded suddenly transitioning into a third spring or out of a third spring or in and out can be very unsettling to the car so corners like that add a particular engineering challenge.”

The second corner leads onto a long straightaway that offers drivers a prime passing opportunity going into turn 3. However, getting turn 3 wrong can be disastrous as James Hinchcliffe, Alexander Rossi and Josef Newgarden proved in 2019 with their collision in race two.

Further down the lap, turn 6 leads onto a sweeping backstretch and another passing opportunity to turn 7. After slower corners from 8-11, the lap ends with three fast right-hand bends.

The race weekend has limited track time between IMSA and Indy Lights. IMSA has two full practice sessions on Friday, Indy Lights has 40 minutes of practice while there’s one 75 minute session for IndyCar drivers.

That would be a large issue, but McDonald has a third car to draw data from this coming weekend. RLL will have Santino Ferrucci in the No. 45 Honda joining Rahal and Takuma Sato. Having a third car means that the team can go in a third direction for baseline setup.

“It’s more information, given the lack of track time that we’ve got and because we’ve got that extra week we’ve come up with a whole bunch of different ideas that we’d like to test so it gives us three drivers that we can divide up those tests and work our way through and I think the communication at Indy was fantastic with the three drivers and there’s no reason why that shouldn’t continue in Detroit.”

I’m so excited that I’ll get to see another last place finish by Jimmie Johnson! Yay!!!

Unless he crashes out it won’t be last but it will be close. But at least he’s getting a feel for the car.