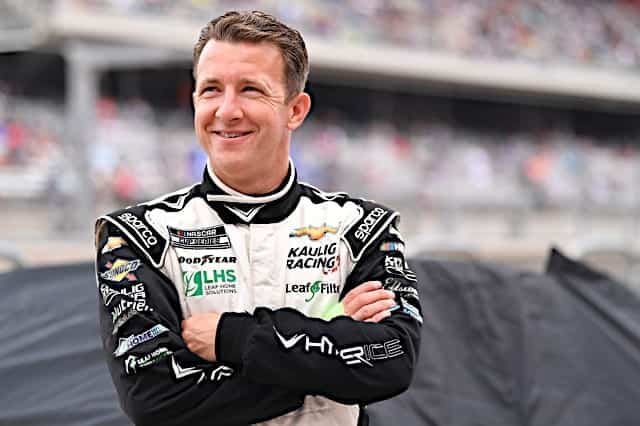 After turning left and right in Ohio, the NASCAR Xfinity Series make the trek to Texas Motor Speedway where AJ Allmendinger sits on the pole for Saturday’s (June 12) race.

Michael Annett will wheel his No. 1 JR Motorsports Chevrolet from sixth and Brandon Brown is seventh. The third Kaulig car of Jeb Burton is eighth, Ryan Sieg begins ninth and Alex Labbe completes the top 10 starters.

As expected, Timmy Hill and Dillon Bassett did not qualify for the race.

As is the case at most tracks this year, there was no qualifying, so the lineup was created from a performance-based formula. These four categories were weighted and added: driver’s and car owner’s finishing position (25% each), fastest lap from the previous race (15%) and team owner points ranking (35%).

Good for A.J. I pull for the guy. Besides, we share the same birthday.