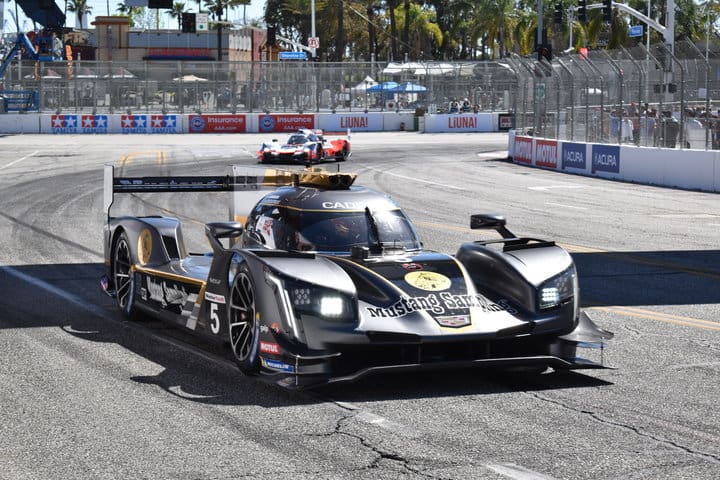 The IMSA WeatherTech SportsCar Championship returns to action this weekend at Belle Isle Park for the first time in nearly a month.  However, only 20 teams are entered in the 100-minute sprint race.

Why such a short field?  A number of factors.  One, this race was originally a week earlier.  Moving it back to the INDYCAR weekend means that it now clashes with the FIA World Endurance Championship 8 Hours of Portimao.

Two, the class configuration for the event changed after the 24 Hours of Le Mans was postponed to August.  The LMP2 class was originally supposed to racing, but they were dropped after the date switch.  They were replaced with the GT Le Mans class class.

Three, the race does not count towards full season points for the GT Daytona class.  It only counts towards the WeatherTech Sprint Cup.

The DPi class has six entries with no changes of note from Mid-Ohio.

GT Le Mans has only the two Corvettes entered.  While yes, the class was added to the card, it is purely an exhibition for them.  The race does not count for points.  WeatherTech Racing’s Porsche is not entered.

The GT Daytona class has 12 cars entered.  A couple of full-time teams have chosen not to enter since the regular points aren’t on the table.  Those are PFAFF Motorsports, Wright Motorsports and Magnus with Archangel.

Vasser Sullivan’s lineups were supposed to be unchanged.  Not so much now as Zach Veach has been forced to sit the weekend out due to COVID-19.

To replace Veach, Vasser Sullivan has called on Townsend Bell to return to the No. 12 Lexus for this weekend.  Bell, who only was scheduled to race in endurance events this year, was technically replaced by Veach for 2021.

GRT Grasser Racing Team has returned after withdrawing from Mid-Ohio.  Misha Goikhberg will drive alongside a second driver that is currently not listed on the entry list.  That second driver is Gold-rated, so it will not be Tim Zimmermann, who was originally supposed to partner with Goikhberg at Mid-Ohio.

SunEnergy1 Racing is back as well with their Mercedes.  Team owner Kenny Habul will drive alongside Mikael Grenier, who is fresh from a victory Sunday in the Fanatec GT World Challenge America Powered by AWS race at VIR.

The Chevrolet Sports Car Classic is scheduled to go green at 5:10 p.m. Saturday afternoon.  Live coverage of the race will start at 5 p.m. Saturday on NBCSN.