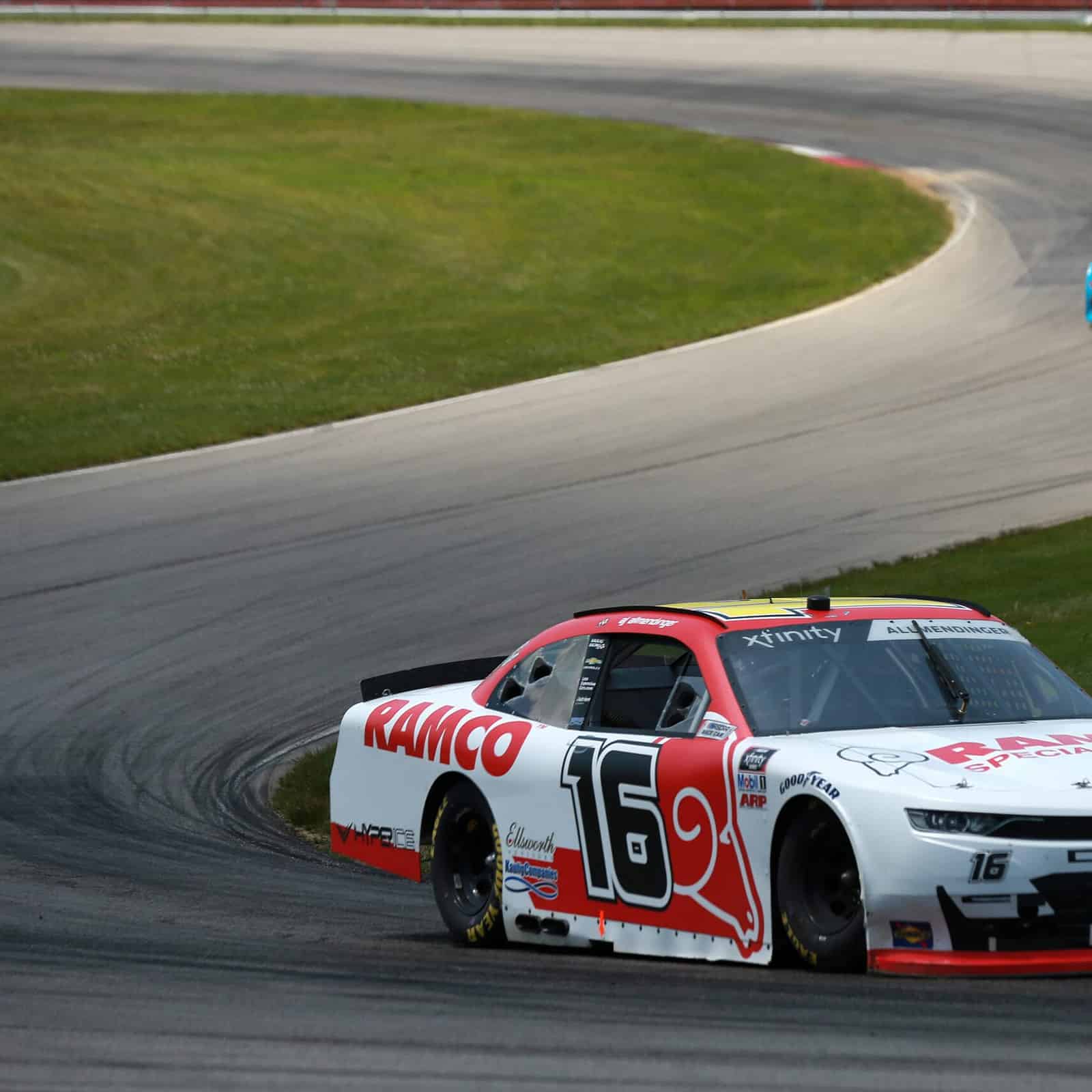 The great baseball philosopher, Crash Davis, once astutely pointed out, “don’t think, it can only hurt the ball club.”

The point? Sometimes, overthinking can do more harm than good.

That’s exactly where the NASCAR Xfinity Series is with its modified pit-stop procedures, which are also utilized in the Camping World Truck Series in select stand-alone events.

The most recent occurrence was this past Saturday (June 5) at Mid-Ohio Sports Car Course. In theory, I’m sure the intentions of using the modified pit stops, albeit for select events, were good and noble. By limiting the amount of team members, it leveled the playing field by letting teams cut costs by having fewer crew members at the track, and it also took away a reason for a say, Team Penske to farm out its Cup pit crew for an Xfinity Series race and have a built-in leg up against independent teams. Crew members that would fill mechanic roles now take on roles such as fuel and changing tires during these events, an obvious departure from the norm for some.

But here’s the problem: It’s hard for the average fan and observer to figure out. To begin with, it freezes the field, so if you want to see lead changes on pit road, you can forget seeing it during this format.

And then there’s the time limit. If a driver does not use the allotted time on pit road before exiting the pits, they’re penalized and must restart from the rear of the field on the restart.

That scenario reared its ugly head on Saturday when AJ Allmendinger spent too little time on pit road, dropkicking him from the front of the field to the back. Thankfully for the sport, a black eye was spared as Allmendinger stormed through the field to take the win. It made for a great story and quite frankly, did NASCAR a big favor.

“I’m not going to lie; I was a little upset,” Allmendinger said after the race. “But we win and lose as a team, so I was going to fight until the checkered flag flew.”

It’s bad enough that the modified pit stops deprive fans of pit crews battling it out and giving everyone a dramatic race off pit road that may be the difference between winning and losing a race. The fact that it’s not the easiest thing in the world to keep track of makes it all the more worse.

Contrary to what you may think by reading some of the recent columns in this space, I don’t have this theory that the gang in Daytona sits in a secret underground lair looking for ways to damage the series. Like most things, I am sure the intentions of the modified pit strategy were good when it was devised.

“We believe this procedure will increase competition on track, incentivize different strategy plays to bring interesting storylines for the fans and bring efficiencies to teams that will help strengthen the garage now and into the future, ” Eric Peterson, technical manager for the NASCAR Xfinity Series, said in early 2020.

The fact is, the intent has not been realized.

NASCAR has never met a way to complicate things it didn’t like. For example, 1 p.m. ET start times were great because they were constant and mostly unchanging. The same stood for the points system prior to the Chase and later, the playoffs with the postseason entrants being adjusted multiple times.

Change is needed at times, but it should not be hard to figure out what the actual change is and why it’s being done.

That’s why when the 2022 season arrives in the NASCAR Xfinity Series, the modified pit stops should not be a part of it.

What Is Up With Gragson?

At this point, it’d be believable that someone in the garage has a voodoo doll on Noah Gragson‘s No. 9 JR Motorsports Chevrolet.

It’s now been a full year since his last win, but that’s only part of what’s riddles the Las Vegas driver as of late. Four races ago, his finish of 15h at Dover International Speedway halted a string of four finishes of sixth or better. Sadly for the No. 9 team, that only scratches the surface of Gragson’s recent foul fortune.

He has now failed to finish three races in a row, crashing out of the last two. Last week at Mid-Ohio, a first-lap crash ended his day, putting him in the danger zone of falling below the playoff cutline.

If this trend keeps up, Gragson might need one of three things to ensure a playoff spot – a shakeup atop the pit box, a lucky rabbit’s foot or having Pedro Cerrano request a live chicken before an upcoming race.

As impressive as what Josh Berry has done this year in his time with JR Motorsports with his win at Martinsville Speedway and consecutive second-place finishes at Darlington Raceway and Dover, what he has done outside the No. 8 car may be more impressive.

It’s one thing to run well in proven equipment and take advantage of a great opportunity. Berry did just that. Last week, making his first road-course start, Berry got behind the wheel of a car that, in all honesty, is not on the same level as a JR Motorsports, Team Penske or Kaulig Racing entry.

In the end, Berry did what any driver looking to make a mark hopes to do and made the most out of his equipment. Charging from 31st to eighth, he gave Jordan Anderson Racing a top-10 finish. It should give Berry yet another confidence boost as Saturday’s race at Texas moves him nearer to the end of his time driving for JR Motorsports this year.

Could Our Motorsports have accidentally found lightning in a bottle last weekend? Maybe.

Other than AJ Allmendinger, Andy Lally had the most impressive drive on Saturday, coming from the rear in the final stage to finish fifth.

Simply put, Lally put on a show, and he has the ability to do so when it comes to road racing. If you have a driver that good at road racing, why not put your eggs in one basket by trying to run decently and go for a win on a road course?

If this series only raced once or twice a year on road courses, it’d be a silly idea. But now that there are six road-course events, car owners would be silly not to give a strong look to road-course ringers such as Lally, Miguel Paludo, and Spencer Pumpelly a look and roll the dice for a playoff spot.

NA$CAR has been “hurting the ball club” since Brian the Brilliant got his new toy to play with. It seems he still has the same effect on his product.

Another related question: Why is NASCAR persisting in its practice of ‘no practice — no qualifying’? How was it able to determine before the season began that only eight Cup races in the whole season sould have qualifying as part of the weekend?
Surely the elimination of practice & qualifying was only an emergency measure to allow NASCAR races to be held under the COVID lockdown. I believe that this harms the quality of the racing and shortchanges the paying spectators. Now that NASCAR had deemed that SOME NASCAR weekends may include practice/qualifying, why not al of them?
Let’s hope that the brain trust at NASCAR had not decided that practice/qualifying (in an era with little or no testing opportunities) is some kind of old-fashioned deal and continues with the no practice/no qualifying regime indefinitely into the future.
That, and the six-round All-Star ‘race’, might be enough to make me give up on this kind of racing all together …

Tom B
Reply to  geowebster

At least have a one hour shake down run the morning of the race.