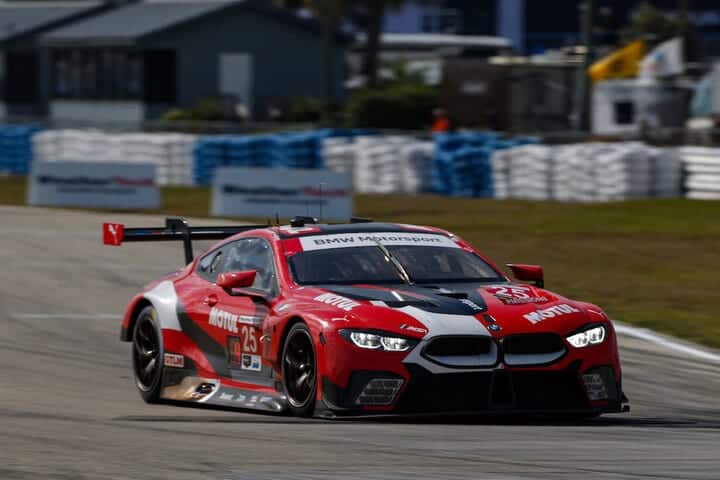 BMW Motorsport officially announced Friday morning (June 11) that they will build a new prototype for the LMDh class.  The manufacturer intends to debut their new car in the 2023 Rolex 24 at Daytona.

“BMW is back on the big motorsport stage,” said Markus Flasch, CEO of BMW’s M.  “In entering the LMDh class, BMW M Motorsport is fulfilling the prerequisites to challenge for overall victory at the most iconic endurance races in the world from 2023.  We will be fully focused on tackling this challenge.”

Flat out into the future: BMW M Motorsport will compete for LMDh glory from 2023.

These days, BMW is best known for their GT cars.  Currently, the factory supports BMW Team RLL, the sports car racing division of Rahal Letterman Lanigan Racing.  They currently compete part-time in the IMSA WeatherTech SportsCar Championship with the BMW M8 GTE.  BMW also supports the BMW M6 GT3, which is raced in IMSA by Turner Motorsport, but is a bit more popular overseas in SRO competition.  The factory is also developing the new BMW M4 GT3, which will officially debut later this year before a full rollout in 2022.  This car technically debuted in iRacing last year before the real car saw much testing on-track.

They have not fielded a factory prototype since 2000.  That car, the BMW V12 LMR (pictured in the tweet above), was an open-cockpit car built to the LMP900 rules of the time.  The car won the 24 Hours of Le Mans in 1999 with the driver lineup of Yannick Dalmas, Pierluigi Martini and Joachim Winkelhock.  In addition, the car raced a part-time schedule in 1999 and full-time in 2000 in the American Le Mans Series.

In ALMS, the team won six races (four in 1999 and two in 2000).  Former Formula 1 racer JJ Lehto and Joerg Mueller finished second in points in 2000 with two wins and eight podium finishes.

As opposed to the Hypercar formula that officially debuted at Spa-Francorchamps in the WEC last month, the LMDh formula is designed around cost-containment while also allowing for electrification.  The formula was officially introduced during the 2020 Rolex 24 at Daytona weekend for a 2022 debut before being pushed back a year due to the COVID-19 pandemic.

The LMDh cars will be based around the next-generation LMP2 cars, none of which have been unveiled yet.  LMDh was originally known as DPi 2.0 and will be an evolution of that formula.  Compared to the current DPi cars, there will be more ways for manufacturers to make their cars stand out.

BMW did not announce any partners for their program.  A factory team will be announced at a later date.