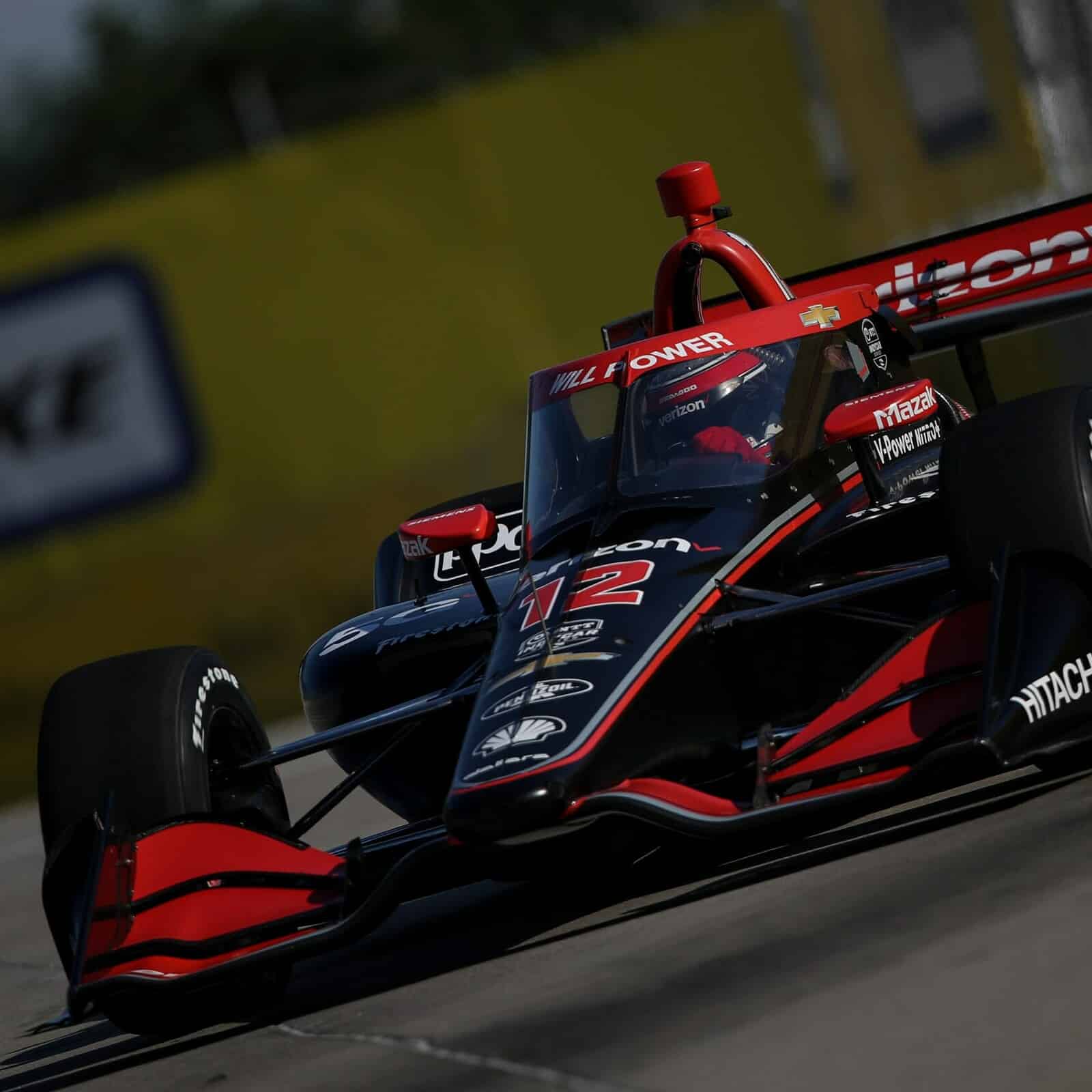 On the final lap of practice, Will Power set the fastest lap of the only practice session for the Chevrolet Duel in Detroit.

Power has two victories in Detroit (2014 race one and 2016 race two) and is coming off of a disastrous Indianapolis 500 where the Australian qualified 32nd and finished 30th.

“At Indy we had a good run going there, then had some brake issues,” Power said. “Obviously the qualifying thing, which was actually kind of cool to just make it in. I think Alex has been there before.

“But, yeah, determined to have a good weekend, good solid weekend. Hopefully qualify up at the front for both races and have a shot at the win. Yep, car is good, in a good window. Chevy’s got the engine going well. We’ll see how we go tomorrow.”

Second fastest was Sebastien Bourdais in the No. 14 A. J. Foyt Racing Chevrolet. Bourdais is a two-time winner at Detroit (2015 race two and 2016 race one) and was .1523 seconds off of Power’s fastest lap. Third place was Pato O’Ward in the No. 5 Arrow McLaren SP Chevrolet.

O’Ward’s experience at Detroit is limited with variety. The Mexican racer scored a win in the IMSA Prototype Challenge class back in 2017 and raced in 2019 for Carlin.

“It’s just like any other track,” O’Ward said. “As much as you know it, then it’s just kind of up to you to nail the lap time. It’s really true what Will (Power) said. If you can just back it up a little bit, you see the lap time, it’s like two seconds off. You really, really have to be pushing in order for your times to stay consistent.”

Fourth quickest was three-time Detroit winner Scott Dixon and fifth was Alexander Rossi. Rossi is currently 15th in points and a top five in the sole practice session is a good omen for the No. 27 Andretti Autosport Honda, but Rossi wanted more practice.

“No, it’s not enough (practice),” Rossi said with a slight grin. “These new schedules are wild. But for sure it’s the same for everyone. We’re thrilled to be back here in Detroit. I love this track, it’s a wild ride out there. Happy to be back.

“I feel like we still have a bit more to come in the car. We need it because we’re 4/10ths down or whatever. But I think it was a positive session. Short, though. Went by really fast.”

There was a red flag 15 minutes into the first session for a pair of accidents involving rookies. Jimmie Johnson spun his No. 48 Chip Ganassi Racing Honda going through turn 3, stalling the car on the exit of the right-hander.

Shortly after Johnson’s spin, Scott McLaughlin was going through turn 5 and lost control of his No. 3 Team Penske Chevrolet, hitting the tire barrier and damaging the right front corner of the car. McLaughlin did not return to the session and was 24th fastest of 25 cars. Johnson was 25th.

Many other drivers lost control during the session and had slides or spins. Romain Grosjean spun coming through turn 3 and barely grazed the tire barrier with the left rear wing endplate. Ryan Hunter-Reay went straight at the turn 7 runoff, did a quick spin and went back on track while Colton Herta went through the tire maze after turn 7 and rejoined the track after turn 11.

Rinus VeeKay had a moment at the exit of turn 1 where the car lost adhesion to the track’s surface and went onto the grass inside of turn 2. The No. 20 Ed Carpenter Racing Chevrolet got slightly airborne and VeeKay went back to the pits where the crew changed tires and sent the Dutch racer back on track.

At the end of the session, James Hinchcliffe spun his No. 29 Andretti Steinbrenner Autosport Honda just after turn 12 and avoided wall contact after stopping his car next to the right side wall.