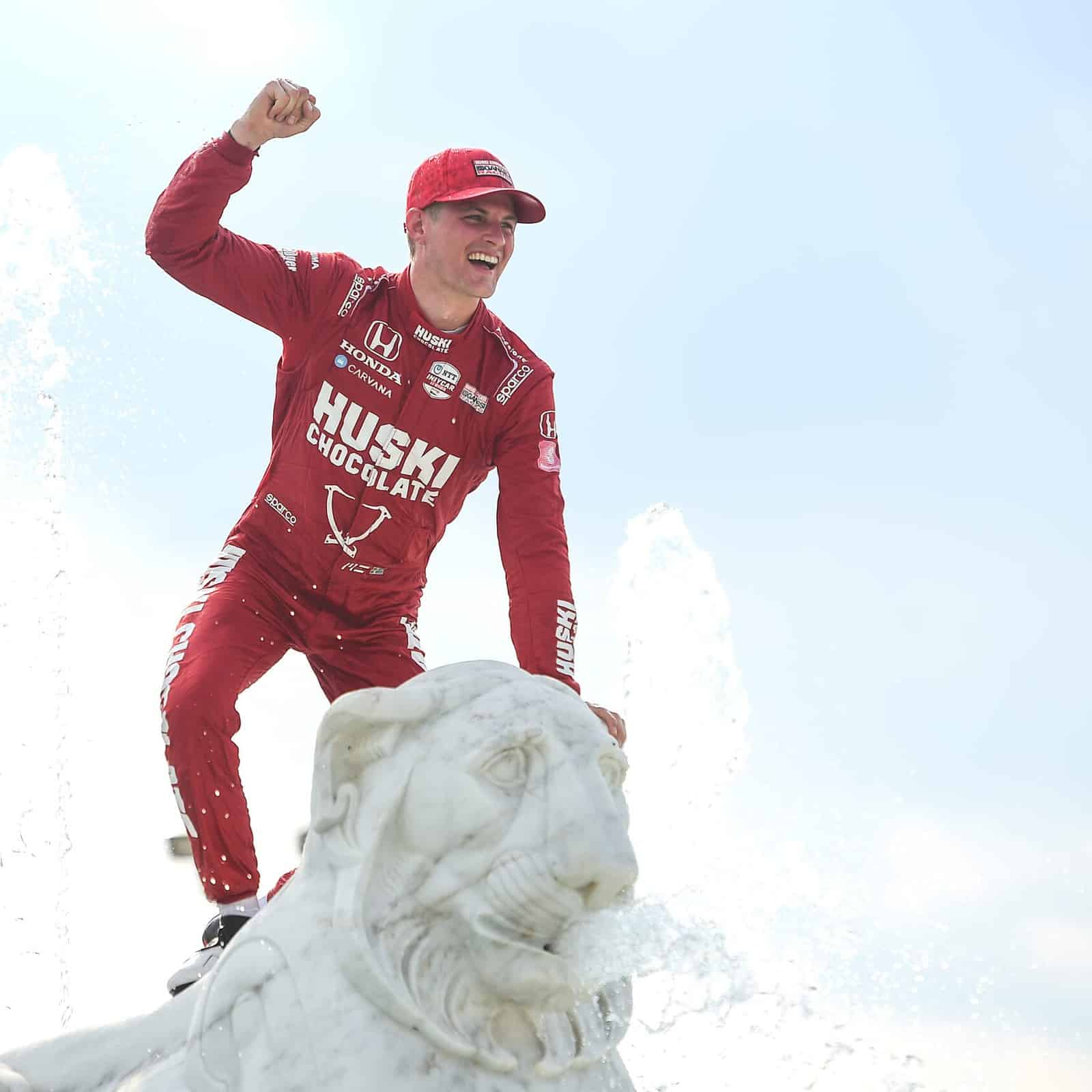 Marcus Ericsson has taken his first NTT IndyCar Series win on the streets of Belle Isle. Rinus VeeKay and Pato O’Ward completed the podium following an unpredictable race which saw two red flags, heartbreak for a dominant driver, and a massive crash for another.

Ericsson inherited the lead after leader Will Power was stricken with mechanical issues as the field prepared to roll off pit road at the end of the race’s second red flag period. Ericsson spent the last five laps of the race defending from the series’ two newest winners after both VeeKay and O’Ward made their way by Takuma Sato on the restart.

While Power looked to be set to take his first win of 2021, his Verizon Chevy’s failure to restart after sitting on pit road through the red flag meant that the 2014 Champion was left to watch the field roll off without him. Power eventually returned to the track for a brief run before taking his car back down pit road.

The race’s most notable incident involved Arrow McLaren SP driver Felix Rosenqvist, who suffered a massive hit following a stuck throttle. Rosenqvist’s throttle stuck as the Swedish driver downshifted and sent the car into the barrier, climbing the tires and dealing significant damage to the concrete wall behind them.

Rosenqvist was extracted from the car meticulously by the AMR Safety Crew and sent to the infield care center for a preliminary examination. Awake and alert the whole time, Felix was then sent to downtown Detroit for more examination and imaging.

Power was reasonably irate following the race. The race’s second red flag, brought out by Romain Grosjean hitting the wall and coming to a stop on track, meant that the whole field was left to sit on pit road in what were already demanding conditions in terms of heat and humidity.

Speaking post-race, Power expressed his frustration, saying, “You work your ass off in this sport. So much money goes into it and it’s just dumb decisions like that. If it’s not a yellow they throw, it’s some stupid idea like this, a red flag …”

The top 10 for today’s race, the first of this weekend’s double header, were:

The NTTData IndyCar Series returns to the Belle Isle Circuit Sunday, June 13, at noon ET, with coverage on NBC.