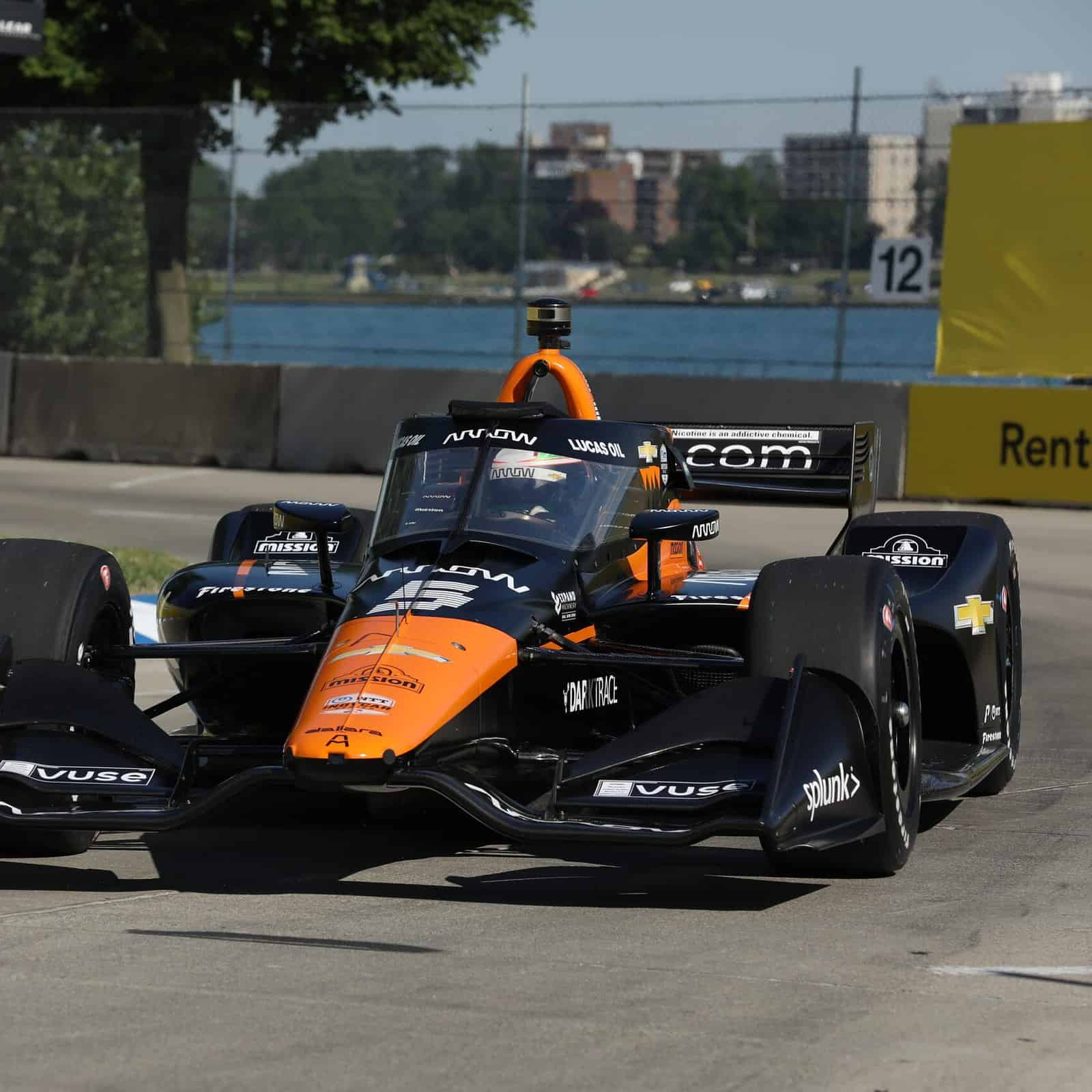 O’Ward went around the 14 turn, 2.35 mile street circuit with a fastest lap of 111.938 mph in his No. 5 Arrow McLaren SP Chevrolet. Second fastest was Alexander Rossi in the No. 27 Andretti Autosport Honda, just eight-hundredths of a second slower than the Mexican racer.

O’Ward was fourth fastest in his opening qualifying group to advance to the second round and in the second round, the 2018 Indy Lights champion was unsure about how fast he was truly able to go.

“I wasn’t going to be faster, I don’t think,” O’Ward said when asked about how much he pushed to get pole. “You need to put so much faith into this place, you have to put faith in the car that it’s going to stick but when you hit it right, when you nail a lap, you can tell you’ve nailed it.

“Even compared to St. Pete, the faster you go here and the more you attack, the more grip you have, but when you’re not attacking you don’t feel the grip it’s like, well is it going to give it to me? So you kind of just have to go for it. Honestly, I’m a little surprised because I think I nailed a pretty good lap in the first group and I was a ways off, but we nailed it the second time!”

This year for the Detroit doubleheader, the drivers were separated into two groups based on practice times. Because Will Power was fastest, he selected which group went first, and the odd-numbered drivers followed him into the first round of competitors. The six fastest drivers in each group advanced to the second round of 12 cars competing for pole.

In the first group of round No. 1, Rossi went quickest followed by Romain Grosjean, Rinus VeeKay, O’Ward, Simon Pagenaud and Will Power. The drivers failing to advance and starting in the odd-numbered positions from 13th on back are James Hinchcliffe, Marcus Ericsson, Conor Daly, Jack Harvey, Jimmie Johnson, Dalton Kellett and Alex Palou.

Palou is the points leader and was actually fastest for 21st place, but he has a grid penalty following an engine change.

Coverage of the first race of the weekend at Belle Isle Park is scheduled to begin at 2 p.m. ET Saturday.  It will air live on NBC.