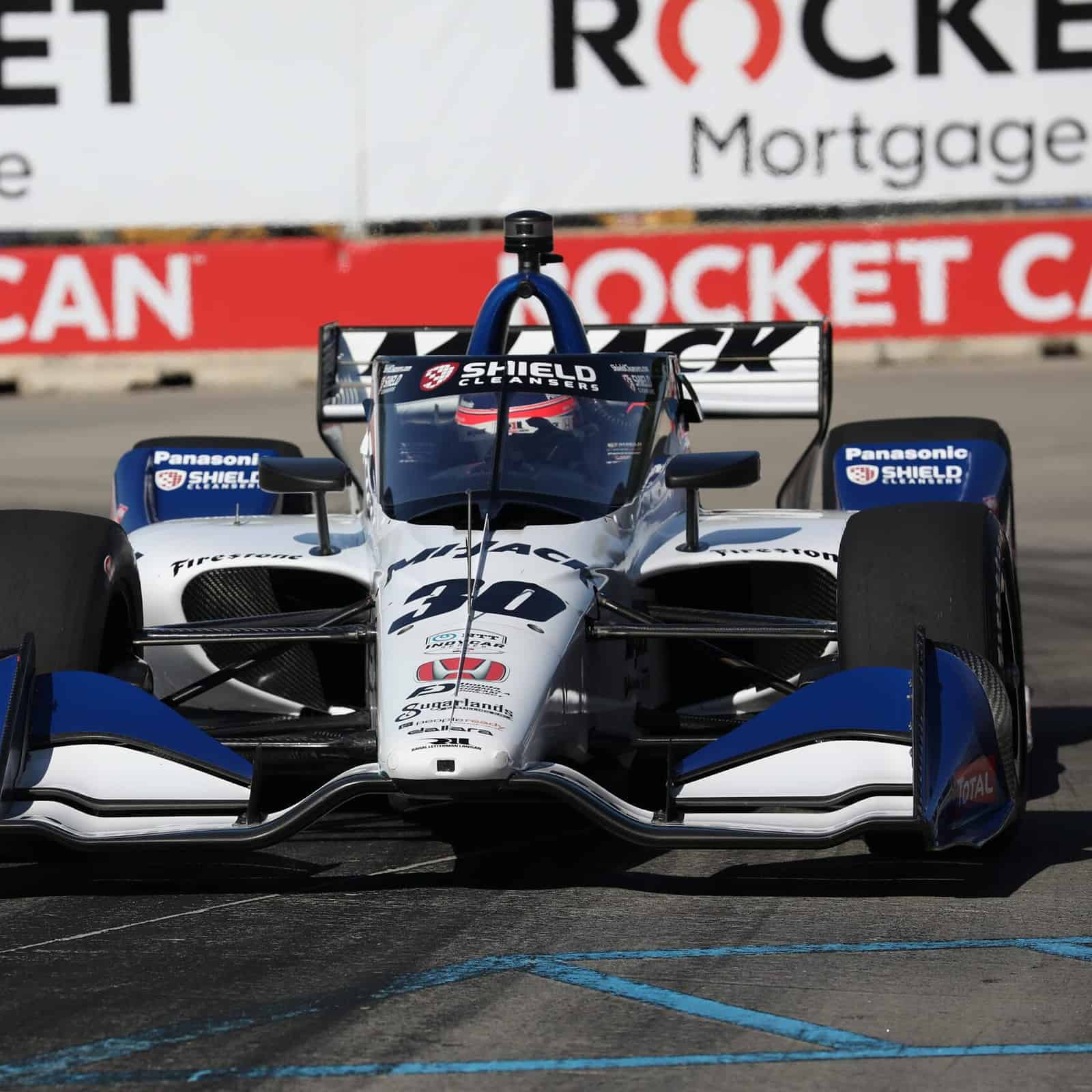 Coming to the final restart in Saturday’s race in the Chevrolet Detroit Grand Prix, Takuma Sato was in second-place behind eventual race winner Marcus Ericsson, but the racing gods did not smile on the Japanese racer.

At the lap 67 restart, Rinus VeeKay went past Sato going into turn 1, putting the No. 30 Rahal Letterman Lanigan Racing Honda onto the marbles off the racing line. Patricio O’Ward then pushed past Sato, demoting the two-time Indianapolis 500 winner to his eventual finishing position of fourth.

“I think we didn’t really have a good gear coming to the restart and then I couldn’t get traction out of the last corner,” Sato said. “It allowed Rinus to tuck in and then obviously he made a great move into turn 1 and that was it. I was pushed out on the marbles so I didn’t get any chance to get closer to Marcus.”

With Sato’s tires picking up all of the off-line marbles and tire debris, his tires could not provide optimum grip, and holding on to fourth place with a charging pack closing in was a challenge.

“Once I got to the marbles, it took a lap or two (to clean my tires) and then I really struggled with that,” Sato said. “It didn’t work well enough in the end but considering where we started this morning, I think the team did a great job.”

Sato started the race in 16th place and had some challenges to get toward the front. Losing five seconds on the first pit stop doesn’t help any driver, and on a street circuit where passing is difficult, that time lost is only magnified.

“It was up and down,” Sato said. “But the team did a great job and we got some good data today and tomorrow we need to come back stronger. I think it was a strong result, so we’ll take it.”

Sato finished ahead of teammates Graham Rahal in fifth and Santino Ferrucci in sixth. The trio will have another chance to better their results on Sunday (June 13) with qualifying for the second of two Detroit races at 9:00 a.m. ET and the green flag at noon.