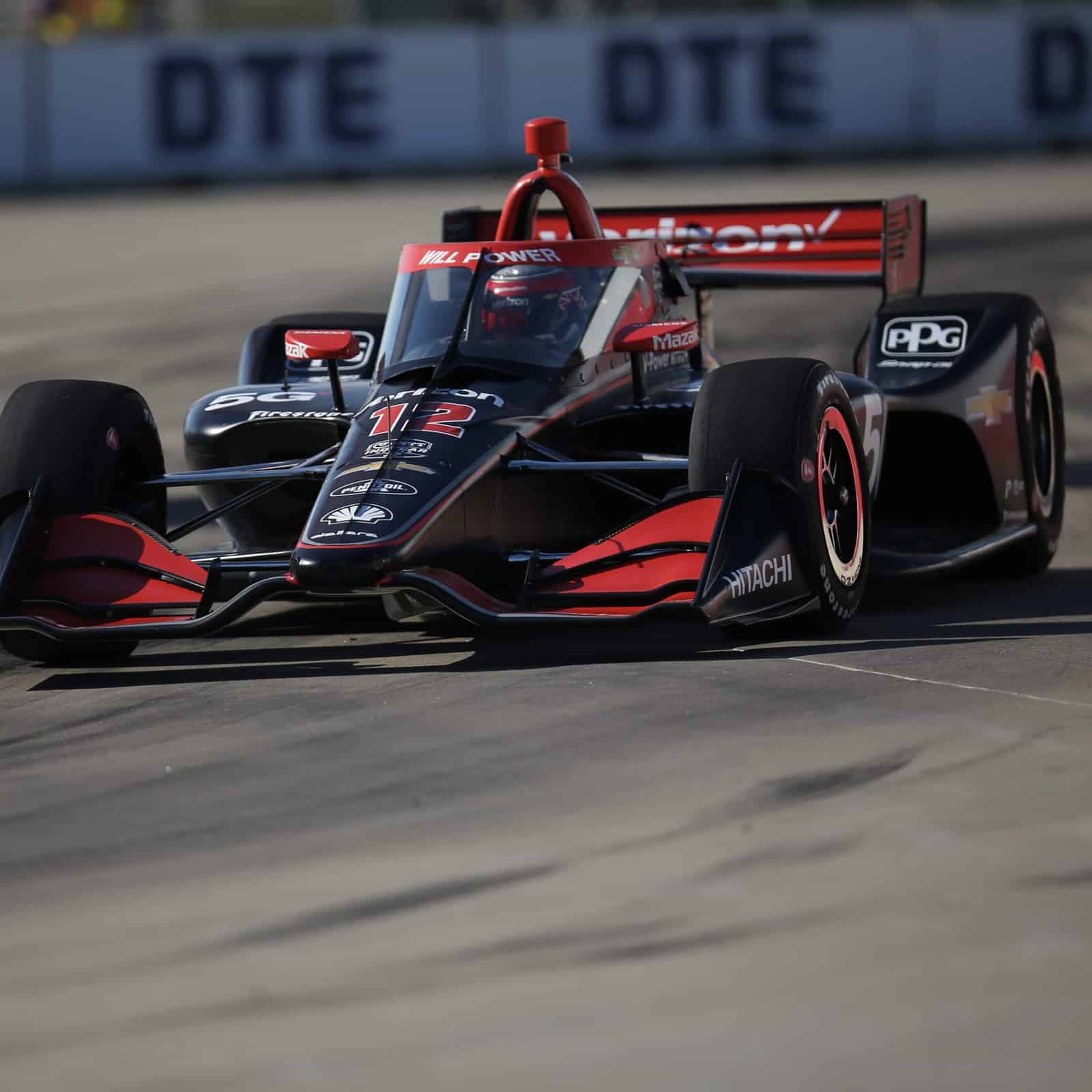 It wasn’t Will Power’s goose that was cooked. It ended up being his ECU that was well done.

When the No. 12 Team Penske Chevrolet failed to start after the final red flag in Saturday’s race in the Chevrolet Detroit Grand Prix, the 2018 Indianapolis 500 winner fell through the running order, eventually finishing 20th, three laps down.

Romain Grosjean’s car slid at the turn 9 apex, sliding into the right side wall on lap 64. INDYCAR threw a red flag to allow the corner workers to clean up the accident scene. As Power stopped on pit road and the rest of the field pulled into pit road, INDYCAR waited until all cars were stopped before allowing crew members to approach the cars.

Two crew members are allowed per INDYCAR rules to put cooling fans on the brakes and radiators and to assist with driver comfort. With the race being in very hot conditions, cooling was paramount, and Power’s engine would not start again after the seven minute and 29 second red flag period ended, promoting eventual race winner Marcus Ericsson to the lead.

“I’m mad at INDYCAR because I’m the first car in and they wait for the last car to come to get a fan on that car and it roasts the ECU,” an exasperated Power said on pit road. “And just going red flag for starters, like the guys up there in race control never listen to any drivers, they never listen, they don’t care. We’ve given them so many good suggestions and they don’t care, and I worked my ass off today to have this happen.

“Like I’m screaming on the radio ‘We need a fan, get a fan,’ because the ECU always overheats. They wait for everyone, these guys still have air coming in their car, you work your ass off in the sport, so much money goes into it and it’s just (a) dumb decision like that. If it’s not a yellow they throw, it’s some stupid idea like this, a red flag. He (Rossi) gets the same luck too, man.”

Power’s frustrations have boiled over from a roller coaster 2021 season. After finishing second at the season-opening race at Barber Motorsports Park, Power finished eighth at St. Petersburg after starting deep in the field and hasn’t finished higher than 11th in any race since.

The 2014 IndyCar champion led 37 of the race’s 70 laps, finishing about 18 seconds behind teammate Scott McLaughlin. Power will have a chance to redeem himself Sunday (June 13) in the second race at Detroit, with qualifying at 9:00 a.m. ET and the green flag at noon.

It was an absolute shambles on pit road, drivers and cars baked and clueless officials, no doubt in some air conditioned control center, refusing to let Power’s crew to get a fan on him. Not only did it lose him the race but it’s an outright health issue.

Although I’m not a Will Power fan, I completely agree with him on this one. First car in means first car to shut down and should have a fan immediately put into use as it will overheat, and cause damage. Indy car needs to use some common sense and change this rule immediately.

I guess Will’s car owner will have to schedule a meeting to complain to IndyCar’s owner. Should make for an interesting conversation.