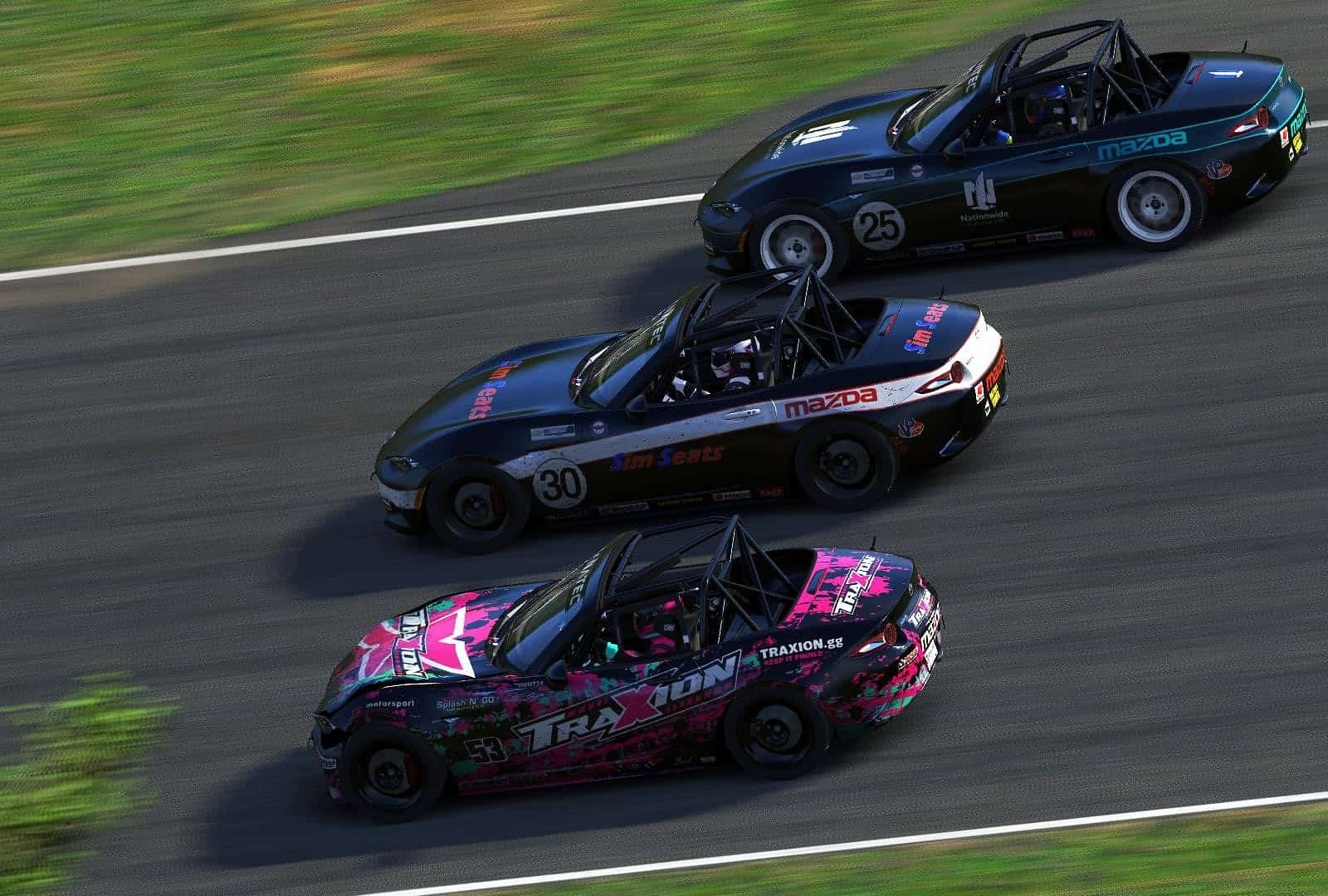 iRacing Season 3 is finally here, and while there wasn’t much to report on besides the announcement of Nashville Superspeedway to the oval track side of things, there was a lot going on with the road course category.

The Red Bull Ring is a fun addition for the road ringers on top of all of the other content we already knew about, like Formula Vee and the Porsche 911 GT3 R. Some other changes were implemented in the User Interface (UI), and the dirt tires on many NASCAR vehicles were also updated.

All three of the series that are covered went road racing this past week. The two Cup Series went west to Sonoma Raceway while Monday Night Racing went to the northeast for a timed Mazda MX-5 race around Lime Rock Park.

Robert Miller came to play on Saturday night in the Beers Point 350 at Sonoma Raceway.

Miller won the pole, won the stages, and besides 13 laps led by Bryson Hixenbaugh, led the most laps in the 90 lap show. There were only the two cautions for the stages and only four of the 25 starters finished on the lead lap.

Adam Benefiel started in last after a session mishap, but worked his way up to finish in third behind Miller and Hixenbaugh. Miller collected his first career pole and victory after the event was all said and done, and Hixenbaugh extends his points lead over Jon Dulaney after Dulaney did not participate.

Two points paying road races in a row for the FTF Cup Series saw a second really good and mostly clean event for the most part, this time at Sonoma Raceway. Only one early caution set the stage for an endurance race, and early on, it looked like Blake Reynolds was going to be the man to beat.

Reynolds took the pole and won both stages, but only barely over Kevin King. During the halfway pit stops, King undercut Reynolds for fresher tires sooner and that enabled the 029 to take the lead. Reynolds had a faster car, though, and eventually got back to King’s bumper. Unfortunately, the two made contact and spun, handing the lead over to Brandon Hawkin.

As the race went green to the end, Hawkin won handedly over Matt Danson by over 20 seconds. Michael Guest was third while King took fourth and Reynolds was fifth

Brian Mercurio continues to lead the standings after 15 weeks. Hawkin moves up into second and locks into the playoffs with the win. Kollin Keister falls out by falling outside of the Top 25. He will be eliminated from competing if he misses the next race at Charlotte.

An hour long Mazda MX-5 melee saw 40 drivers take on the twists and turns at Lime Rock Park on Monday night. When it was over, Stefan Wilson was victorious over the rest of the field.

Season 2 champion Will Rodgers led the field to the green flag, but his night was cut short before the halfway mark when he collided with a lapped car and other top contenders. Wilson barely squeezed by, and with there only being one planned caution at halfway, the ones involved in the fracas would have to charge extra hard to make it back to the front.

Brad Perez was one of those drivers involved, making the most headway to get back to the front, ultimately finishing sixth. With Wilson checked out, the battle fell to the race for second, which was won by Josh Bilicki over Preston Pardus.

The Frontstretch team didn’t have the greatest outing. Michael Massie wound up finishing in 35th after a tough start saw him fall multiple laps down. Justin Melillo ended up 26th after a late race wreck took him out of a Top 15 finish.

With his victory, Wilson becomes the fourth different winner in five races, but don’t lock him in just yet. Wilson needs to run at least five of the nine regular season races to utilize the win to get in. Only Matt Stallknecht and Adam Cabot can say they’ve done that as they’ve raced in all the races. Wilson and Shane van Gisbergen both need a few more spots to solidify themselves in the Round of 13

100% Cup Series will run its All-Star Race at Texas Motor Speedway on Saturday night at 8:30 p.m. ET. The replay will be available on 3 Wide TV.

FTF Racing will be racing on Sunday at the same time as the NASCAR All Star race, unfortunately. The series will be in the 2012 COT again, this time at Charlotte Motor Speedway, live at 8:00 p.m. ET on BottomSplit.

Monday Night Racing will get dirty again on Monday. With Street Stocks at Knoxville, anything can happen. The broadcast will start at 8:00 p.m. ET on Podium eSports.

Finally, the first stage of the Road to Pro will end this week on Thursday night. The Top 70 will move on to the second part of the Qualifying Series. Top Split will be on Podium eSports while the second will be on STN Racing at 9:00 p.m. ET.