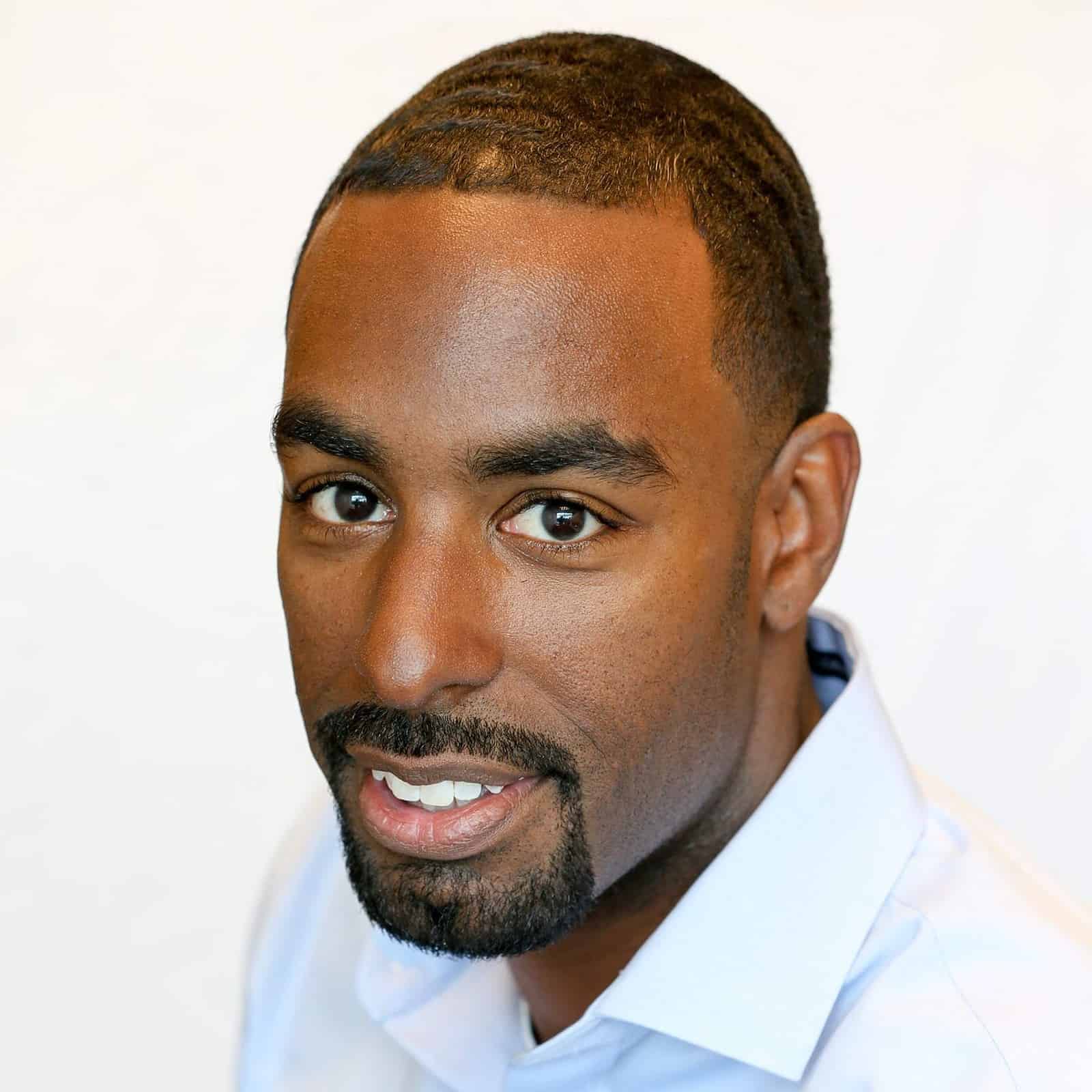 Brandon Thompson, NASCAR VP of diversity and inclusion (via NASCAR)

This week will be a “surreal” one for Brandon Thompson.

A native of Nashville, Tennessee, Thompson will get a “NASCAR homecoming” when he and family attend Sunday’s (June 20) inaugural NASCAR Cup Series race at Nashville Superspeedway.

The 1.3-mile track, which hosted the Xfinity and Camping World Truck Series from 2001-11, is where Thompson received his first exposure to the sport in 2003 through the NASCAR Diversity Internship Program.

Prior to being a college student in the early 2000s, Thompson’s only real knowledge of NASCAR came from hearing about the exploits of Tennessee natives Sterling Marlin and Bobby Hamilton on local news reports.

At the time, Thompson didn’t even know he was applying for NASCAR’s internship program until “after the fact.”

“It was not my intent, quite frankly, even to have my internship at the speedway,” Thompson said. “I just wanted to go home for the summer. …

“I saw there was an internship listing. And what I saw was ‘Nashville’ and ‘internship,’ those are two things I saw and as I continued reading, I found out it was involving NASCAR and so I applied and I guess the rest, they say, is history.”

There was one last fork in the road for Thompson once he graduated college.

As a business administration and marketing major, he had already accepted a job in Target’s management training program that would have seen him become a store manager.

“I (had just) crossed the stage of my college graduation, when I got the call from NASCAR HR offering me the job (in the systems operations department)” Thompson recalled. “I don’t know that they did that on purpose. But I did think that was quite ironic.”

Combine the thrill of graduating college with competing job offers and Thompson arrived at a family graduation party in a “dazed and confused sort of state.”

“Yeah, I get that, ‘Thompson replied. “‘Thanks for saying it that way.’ And so off to NASCAR I went.”

Which brings us to the other reason this will be a “surreal” week for Thompson.

Wednesday (June 16) marks one year since Thompson became a leader of NASCAR’s efforts to make it a more diverse sport.

By 2016, Thompson had risen through the ranks to oversee the NASCAR Touring Series. He managed the integration of the NASCAR Pro Series into the ARCA Menards Series and spearheaded their launch under one banner in 2020.

He was standing in the Dyno Room following up on studies about engine parity for the ARCA series.

That’s when his phone starting blowing up with congratulatory messages. NASCAR had just announced his appointment to the new position of Vice President of Diversity and Inclusion.

The promotion came six days after NASCAR’s banning of the Confederate flag from its facilities and 11 days after president Steve Phelp’s message against racism at Atlanta Motor Speedway. All of these events stemmed from the fallout of George Floyd’s murder on May 25.

While the timing of the announcement made it seem like his promotion was connected to the headlines of the moment, Thompson said conversations about this kind of role, not specifically with him involved, had been going in since at least December 2018.

“That’s one of the things I try to dispel whenever that comes up, is that this was actually not a knee-jerk reaction to everything that was going on (at the time),” Thompson said. “Obviously, I think it became of greater importance, given everything that was going on last year. … Regardless of who was going to be in this position, it had been in the works for some time and the discussions amongst our executive leadership team that an officer level position in this space was needed.”

Thompson’s first actions in his new role included formalizing the Employee Diversity Council, a “broad group” of about 20 people from varying backgrounds that came into existence in the week leading up to the Atlanta race via Zoom meetings.

Thompson, who recalled that time period as being “heavy,” took part in the first meeting from his kitchen table.

“There was a lot of listening that that took place,” Thompson said. “There were tears that, quite frankly, were shed in hearing some of the experiences and just what people were going through and dealing with that at the time. I think it was just a good time for everyone to learn and to hear, frankly, what some of the weight was that diverse employees share sometimes when things like this were occurring with George Floyd and Breonna Taylor at that particular time. How that was affecting the way people showed up at work and how that, quite frankly, affected their approach to work, and just the need for an outlet to be able to discuss these things, and the appreciation that the employees felt for being able to have that open dialogue and exchange with upper management was really important.”

Thompson is constantly reminded of the events of early June. On the wall of his office is a large picture taken on June 7 at Atlanta Motor Speedway of Bubba Wallace wearing his “I can’t breathe” and “Black Lives Matter” shirt.

Thompson said it was in the Zoom meetings “where a lot of this discussion started about what we were going to do about the Confederate flag and just how we were going to handle these things moving forward.”

Thompson shared his thoughts on banning of the flag.

“I think it’s a symbol of hate to a lot of folks,” Thompson said. “And I understand that there’s debate around that. …. We’ll leave the debates to the debaters, I guess, but our point was, if that flag was a barrier to entry into the sport, why would we continue to to allow it? These are Marty Smith’s (of ESPN) words that I’ve kind of tailored and Bubba (Wallace) repeated it, said a lot last year, and it bears repeating, is that the banning of the Confederate flag was not a sign or symbol of exclusion to anyone, but it was about inclusion to everyone. And that’s really where we’ve stood with that.”

While Thompson’s role is largely devoted to making NASCAR a more diverse and welcoming company internally, there is a component that allows him and c0-workers a “way out of the office is to expose people to the sport.”

Intended to build lasting partnerships and create life-long fans of the sport, the OLI is a “diversity and inclusion outreach program created to build greater awareness, participation and support of NASCAR and its diversity initiatives by connecting with local businesses, civic organizations and community leaders in race markets.”

Thompson said the OLI “runs the gamut” as far as who it brings him into contact with, from rapper Big K.R.I.T at Atlanta Motor Speedway and NFL player Alvin Kamara at Daytona, to groups from the Boys and Girls Clubs of America this weekend in Nashville.

“From the opinion leader standpoint, there are certainly influencers who are opinion leaders, but it’s really about the grassroots part of it as well,” Thompson said. “We’ve got, literally, a lot of hand-to-hand combat in terms of bringing people to the track and having them have positive interactions. … While there’s some names that may be more recognizable, all the groups that we bring matter in one way or the other, because  you’ve got to kind of hit it from from all aspects around to make sure that we’re getting the word out, that NASCAR is a great place to come in and enjoy some racing.”

This story is a supplemental piece to a five-part series looking back at the events of summer 2020, the #BlackLivesMatter movement and examining their impact on NASCAR a year later.

It is meaningless to make any comments on BLM articles, from both sides. Because nobody acknowledges the facts that are presented by their opposing side.