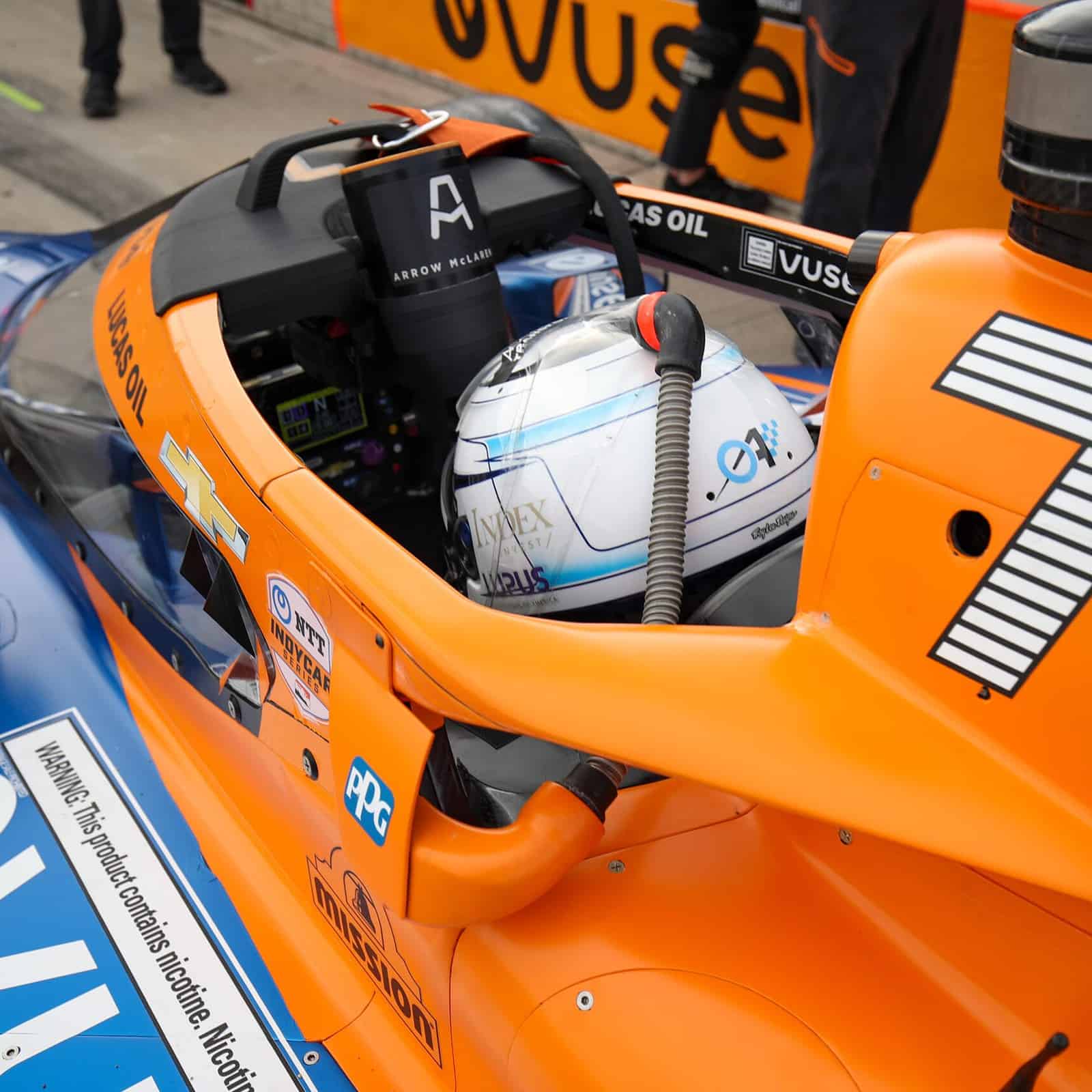 Two races, two winners and a swap of the points lead were among some of the bigger storylines coming out of the Chevrolet Detroit Grand Prix as the 2021 NTT IndyCar Series reaches its halfway point.

Pato O’Ward is now the man to beat. The No. 5 Arrow McLaren SP Chevrolet was the first car to pull into victory lane twice this season after winning the second race at Texas Motor Speedway. However, while O’Ward has two finishes of fourth, third and first on the season, O’Ward also finished 19th at St. Petersburg and 15th at the GMR Grand Prix at the Indianapolis Motor Speedway road course.

O’Ward currently has a one point lead on Alex Palou in the No. 10 Chip Ganassi Racing Honda, and with how bonus points work, the gap is as close as can be. INDYCAR awards one bonus point for leading a lap in a race with a second point on offer for leading the most laps. Palou has led in six races this season, leading the most laps at Barber Motorsports Park where the Spaniard claimed his maiden IndyCar win.

O’Ward has led in only five races this season, but has two poles this season to Palou’s single pole at Texas. However, Palou did not earn a bonus point for his pole at Texas since the grid was set by entrant points. That means both drivers have seven bonus points on the season so far, which could be a factor as the season winds down later this year on the west coast.

The performance gap between the black sidewall primary tires and the red sidewall option tires was never more apparent than at Belle Isle.

Newgarden had pulled out to a 14 second gap on the field early in the race but had to race on the red sidewall tires for his final stint in the race. Newgarden might have had a shot at the win with another yellow flag, but O’Ward went on a late race charge on each restart to pull off the win.

Marcus Ericsson’s win on Saturday may have come at Power’s expense, but don’t let anybody fool you into thinking Ericsson shouldn’t have been up front on pace alone.

While it is true that Ericsson’s pit stop before the red flag for Felix Rosenqvist’s accident on Saturday did help vault the Formula One veteran in the standings, Ericsson still had have the speed to maintain his second position up front.

When Power’s ECU failed under the red flag, Ericsson had to hold off Rinus VeeKay, O’Ward and Takuma Sato to claim his first victory in eight years.

Ericsson became the third driver from Chip Ganassi Racing to win, a feat not seen before in the organization’s IndyCar history.

After Rosenqvist’s accident from a “single, non-recurrent mechanical fault” as termed by the team, Oliver Askew was texted by a high-ranking team official asking if he had his helmet and his seat available and was told to be on standby.

After his spotter Chris Wheeler managed to procure some driving shoes from Palou for Askew and the Florida native had to resort to using Juan Pablo Montoya’s driving suit and walking the track at night before strapping in for ten minutes of modified knockout qualifying.

Those qualifying laps were Askew’s first laps on the 2.35 mile circuit at Belle Isle.

“There’s been many cases in my career where I get thrown in the deep end and this had to be the deepest deep end, I guess, I don’t know how you’d say that,” Askew said. “There’s been many, many cases where I’ve had to learn new tracks and honestly it only takes a couple of laps, but to get that last half a second to second is very difficult and I think I was able to do that today in the race after a couple more laps.

“I don’t think it’d be very smart to drive over 100 percent today, it was most important for us to have the car finish as high in the points as we can and unfortunately we had a little mechanical issue there with about 20 laps to go and that took us out of it.”

Askew is still driving for Andretti Autosport in their LMP3 program in the WeatherTech SportsCar Championship but will be ready in case his number is called again.

Graham Rahal’s pair of fifth place finishes at Belle Isle makes him one of two drivers to nab a pair of top-fives in the doubleheader. The other? O’Ward.

Rahal started and 20th and ninth in each race but used strategy to climb his way through the field in race one. On Saturday, Rahal started on the black sidewall tires and ran the reds at the end of the race. The No. 15 Rahal Letterman Lanigan Racing Honda was the only driver to finish on the lead lap on the red tires.

Rahal’s weekend may not have vaulted the Ohio native any positions in the points, but Rahal is ten points closer to the leader than he was at the start of the weekend (100 to 90).

Staying in the RLL Racing camp, the entire organization deserves a massive round of applause for how they handled Sunday morning.

Santino Ferrucci lost control of his car and crashed heavily after Turn 13 as the qualifying session ended. All three RLL Racing crews were working at a fever pitch to convert a backup car into Ferrucci’s race car so the No. 45 Honda could maintain 12th starting position.

The car passed tech and was wheeled onto pit road while other drivers were being strapped into their cars to start the race. Ferrucci would finish 10th in a car that was built in a couple of hours with parts from each of the three cars on the team.

Team Penske is still winless eight races into the 2021 season. Just reading those words makes one wonder what exactly has happened to the team of the man who literally owns the championship.

This season, Team Penske has five runner-up finishes and two third-place finishes and were leading both 70-lap races as late as lap 65 before Power’s ECU failed under the red flag in race one and Newgarden was on the less optimal tire in race two.

Power and Newgarden both have wins at Road America but getting to the top step of the podium has proven to be difficult this year. All of that can change in six days time.