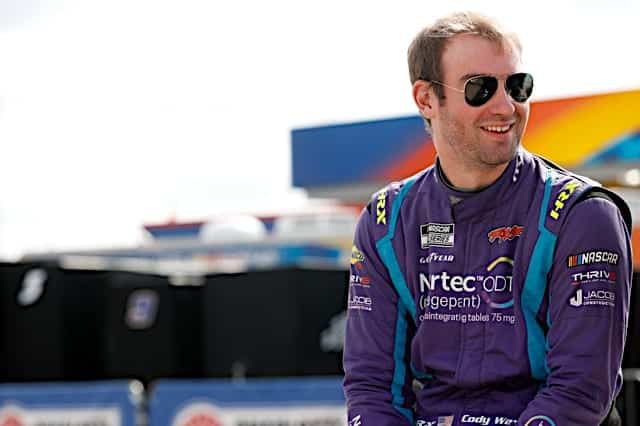 He’ll compete for Dale Coyne Racing in partnership with the RWR team in the No. 52 Nurtec ODT entry at Road America this coming weekend on June 20, RWR announced June 15.

“To be a part of an NTT IndyCar Series race is such an honor, and a surreal experience for me,” Ware said in a team release. “I never would’ve thought that I would ever go down the open wheel route for a multitude of reasons.

“Road America is an ideal place to make my debut and I am so excited to learn and soak it all in. Having two great teammates such as Romain Grosjean and Ed Jones will help take some of the edge off the learning curve if only a little.”

The RWR-backed team has been making strides so far in 2021, with former Formula 1 driver Grosjean earning the team’s first pole and top-five result at the Indianapolis Grand Prix in May.

Outside of stock cars, Ware has made plenty starts behind the wheels of sports cars. His career includes a near-podium finish at this year’s Rolex 24 Hours of Daytona and winning the 2019/2020 LMP2 Asian Le Mans Championship.

Ware will miss this weekend’s NASCAR Cup Series race at Nashville Superspeedway as a result, with JJ Yeley driving the No. 51 instead. Through 16 races, he has an average finish of 31.1 in 2021, with a best result of 21st in the Daytona 500.