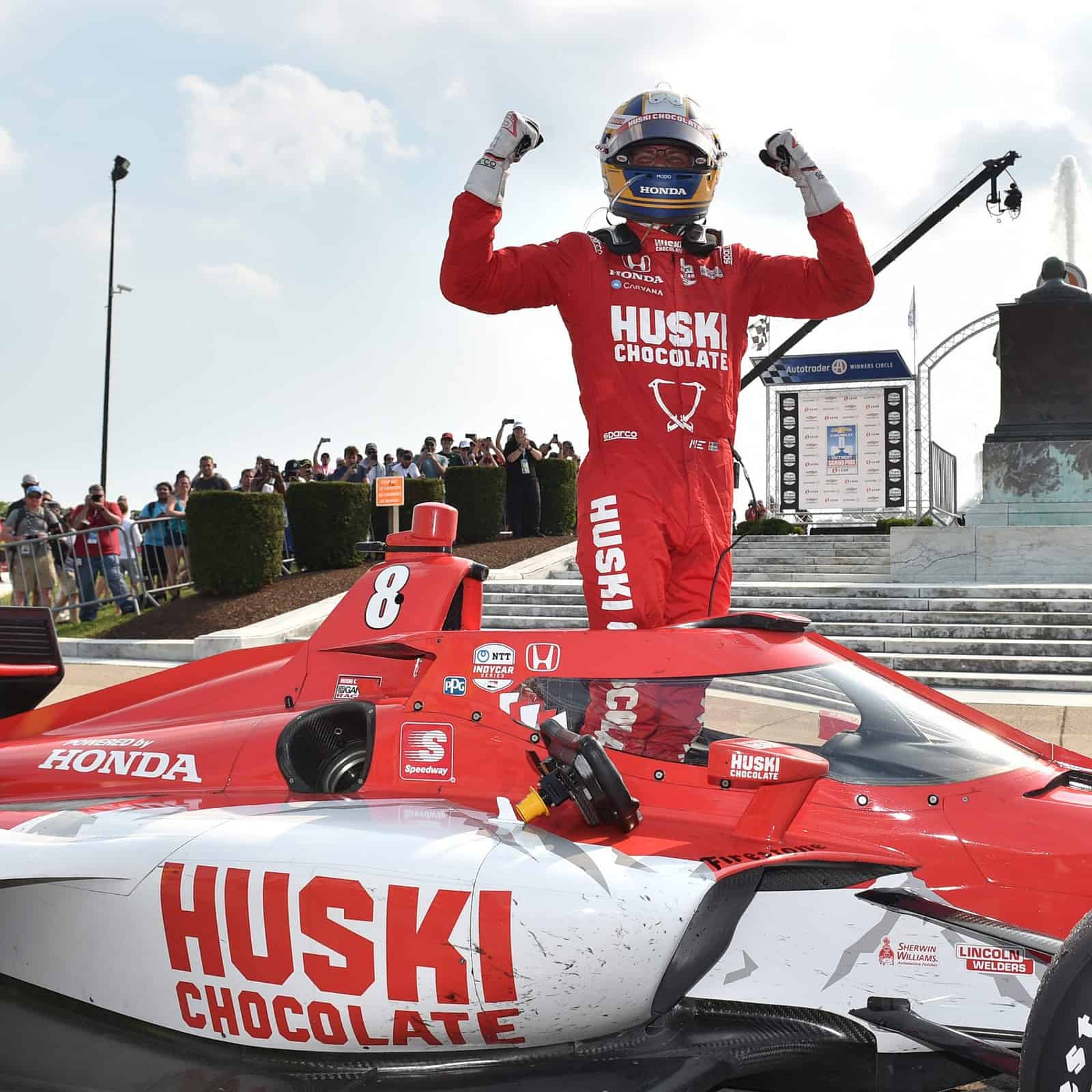 Marcus Ericsson was at a crossroads. After spending four years in GP2 and five years in Formula One, the Swedish racer had to look for a new ride after being informed that Alfa Romeo would not keep him in Formula One. The NTT IndyCar Series and Arrow Schmidt Peterson Motorsports came calling and Ericsson embraced his new calling in the U.S.

“I think for me the fact that the racing is so good in IndyCar was the biggest factor,” Ericsson said in his opening press conference call in October 2018. “And the fact that also, you know, in IndyCar every driver and every team have a chance to win. I think that’s some of the parts that I’ve been missing a lot in Formula 1 the last few years. I think that was the most appealing thing with IndyCar.”

In the Swede’s first season in IndyCar competition, one podium finish and a pair of seventh place finishes were the highlights of a season spent just outside the top 10 finishers, culminating in a 17th place position in the final standings despite missing the penultimate race of 2019 after being called up by Alfa Romeo for standby duty at that years’ Belgian Grand Prix.

Ericsson switched to Chip Ganassi Racing for 2020 and his fortunes changed almost instantaneously. The No. 8 Honda only retired from one race in 2020 after Ericsson hit the wall at the Indianapolis 500 and finished in the top five on three occasions with nine top-10 finishes to end the 2020 season 12th in points.

However, time was still marching on. The last time Ericsson won a race was July 2013, back when the iPhone 5 was the latest release from Apple. Ericsson was confident back on media day that 2021 would be his breakthrough year.

“That’s the plan, it’s a big target of mine,” Ericsson said in March when asked if 2021 was the year he’d win. “Last year I was pretty happy with the consistency, to be able to run in the top 10 pretty much everywhere. I’m really, really eager for that first win. It’s something that’s probably the biggest target of the year, to get that first win.

“I feel like it’s coming. It’s building up to it. I think I showed that last year. But you need to make it happen, as well. This series and the field is so competitive, so it’s not easy. You need to have a perfect day. That’s definitely a goal.”

Saturday was the perfect day for Ericsson. After pitting on lap 19, Ericsson was in effectively second place after the full course yellow-turned-red for Felix Rosenqvist’s accident in Turn 6.

The rest of the field pitted under the yellow for tires and fuel because the pits are closed when a full course yellow is called, giving an advantage to those pitting earlier. After the rest of the field that hadn’t stopped before made their first pit stops, Ericsson was second behind Will Power.

“I thought I was following (Power) well for a lot of the race,” Ericsson said. “I put pressure on him a couple times throughout the race, was quite close to attack him down into seven a couple times. But he was defending well.

“I saw after the first red flag that he was struggling a bit to get up to speed. I thought I had a pretty good chance there after the last red flag to try to attack him on that first lap because I felt like we were a bit better getting up to speed than him. I knew that was going to be my chance.”

Romain Grosjean crashed in Turn 9 in the late stages of Saturday’s race and race control called for a red flag. INDYCAR waited until all cars were stopped on pit lane before teams were allowed to bring cooling fans to their cars. However, in that time, Power’s car overheated and the electronics control unit (ECU) failed so the car could not be restarted.

Ericsson took over the lead of the race when Power’s car did not move and it was going to be a sprint to the finish to see if Ericsson would be the seventh different winner from seven different countries in the 2021 IndyCar season.

“Obviously you don’t want to see someone have a problem like that, especially he was leading the race,” Ericsson said. “I was really fired up to try and get to him on that last restart because I’ve been saying that this year I want that first INDYCAR win. That’s highest on my list.

“I was fired up when the red flag came out because I knew I would get a chance to try to get by him. Like I said, you never want to see anyone have a problem, but I’ll take it. We’ve had some bad luck, I’ve had some bad luck the last couple years when we’ve been looking good. Today was our day, it was my day. That’s racing sometimes. It’s obviously bad for Will, but it was our luck. Just had to finish the job.”

With that win and a ninth place finish in race two, Ericsson is now seventh in points as the series heads to Road America this coming weekend. After finishing 10th and fourth at the Wisconsin track last year, things might be looking up a bit more for the Huski Chocolate-sponsored driver.