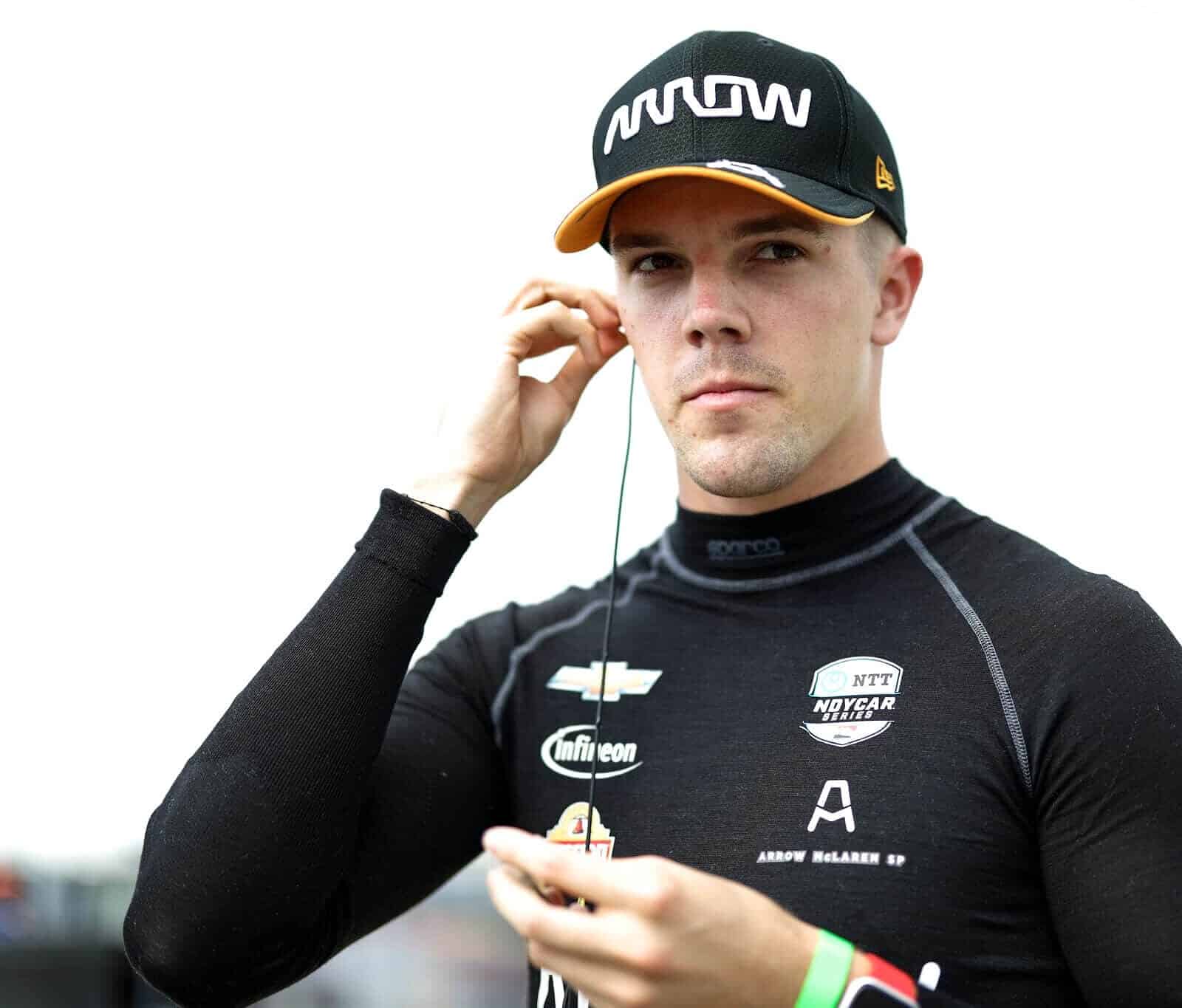 Oliver Askew prior to the Iowa INDYCAR 250s Race 1 and 2 at Iowa Speedway Friday, July 17, 2020 (Photo by: Joe Skibinski, courtesy of IndyCar)

After full-time Ed Carpenter Racing driver Rinus VeeKay was injured this week in a cycling accident, the team has found their replacement for the No. 21 this week at Road America in Oliver Askew. It’s the second time this week Askew has been tapped to fill in for an injured driver.

Askew drove the No. 7 car for the injured Felix Rosenqvist after a wreck in the first Belle Isle doubleheader. Making his first start of the season, Askew finished last due to an engine failure.

As RVK is not medically cleared to drive, @Oliver_Askew will take over the No. 21 @_DirectSupply car at @RoadAmerica.

The 2019 Indy Lights champion has had a rough go of it in his transition to the IndyCar Series. After winning seven races in 2019, Askew has just one podium finish in 13 premier series starts. In his two IndyCar starts at Road America, Askew has a best finish of 15th, which came in the first race of the doubleheader ran last year.

The NTT IndyCar Series will tackle Road America this Sunday (June 20th) at 12 p.m. ET, with coverage on NBCSN.