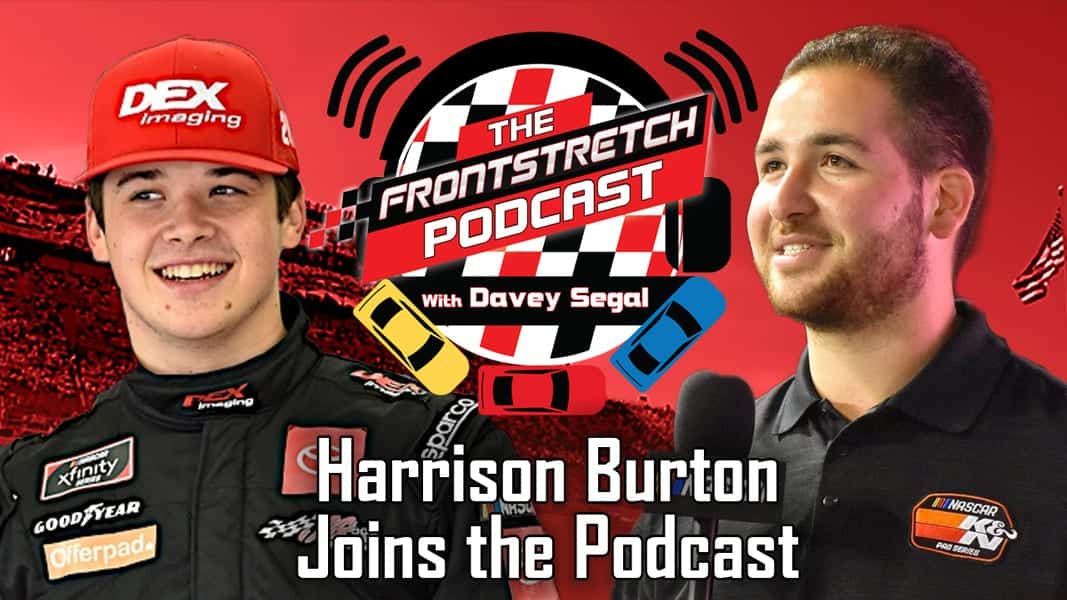 Harrison Burton stops by the podcast this week to discuss his NASCAR Xfinity Series season to date, which has left him frustrated. He tells Frontstretch‘s Davey Segal why that is and outlines his goals for the remainder of the regular season before the playoffs begin.

Burton speaks on the depth of the Xfinity Series field, number placement on stock cars, his teammate Ty Gibbs’ scorching hot start and work ethic, his Cup debut earlier this season at Talladega Superspeedway and more. Plus, Burton reflects on his girlfriend Jenna Petty’s performance in the Better Half Dash, his mom Kim’s reactions while he races and his thoughts on heading to Nashville Superspeedway for the first time.

Frontstretch managing editor Kevin Rutherford also joins Davey to discuss another Kyle Larson victory, this time in the All-Star Race at Texas Motor Speedway. The two debate whether the format worked, what to do with the event moving forward and more. They also preview NASCAR’s first trip to Nashville in a decade, debate if the novelty will lend itself to new faces up front and give their picks for Sunday, June 20’s Ally 400.

See also
NASCAR Mailbox: Should a Part-Time Driver Be Able To Make the Playoffs?