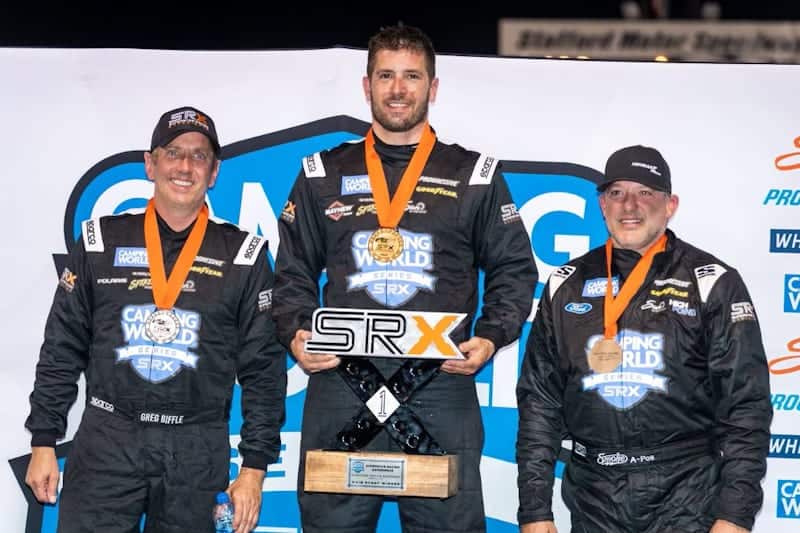 The Camping World Superstar Racing Experience (SRX) Series made adjustments to its racing procedures after listening to fan feedback from Saturday’s (June 12) inaugural event at Stafford Speedway, it announced June 16.

SRX has shortened the length of its two timed heat races to 12 minutes each. The first heat race will lineup via a random draw, while the second race is set by an inversion of the first heat’s finishing order. Then, for the main feature, each driver’s average finish from the heats determine the starting lineup.

The series also reduced the main feature to 50 laps; only green flag laps count and there will be an unlimited number of attempts for a green-white-checkered finish if the caution comes out in the closing laps. This will make for a greater sense of urgency and allow for the race to end under green.

Additionally, each driver’s name will be larger on the cars and the colors will stay the same for each competitor throughout the remaining five events.

“As good as we felt our first race was, there are always things that can be improved,” Ray Evernham, co-founder of the SRX Series, said in a release. “I lived by this mantra as a crew chief and team owner and I still live by it today.

“There were things we saw that we immediately knew we could make better for the next Camping World SRX Series race at Knoxville, but we also received real-time feedback from fans. Their insights were spot on and we’ve worked hard to implement them in time for Saturday night.

“The Camping World SRX Series was created for the fans, and our quest to deliver exciting races with engaging personalities will never end. We want Knoxville to be better than Stafford, and when we go to Eldora in two weeks, we want that event to be better than Knoxville. We heard from our fans after Stafford and we’ll continue to listen to make the Camping World SRX Series the best it can be.”

The SRX events at Knoxville Raceway will air June 19 at 8 p.m. ET on CBS.

How about admit the whole thing was a mistake and drop it altogether?

MY WIFE AN I LOVE THIS TYPE OF RACING, (LIKE IROC BACK WHEN). DO NOT STOP BOB & CAROL

Ray is going in the right direction. A 12 minute heat race is the same as a WOO feature race without a yellow or red flag, just to compare.

Tony Stewart in his racing suit looks a lot like Mama June in her orange prison jumpsuit.