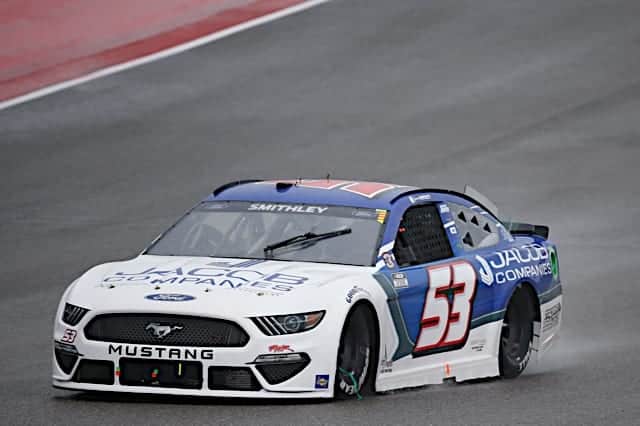 Ryan Eversley will make his first NASCAR Cup Series start at Road America in the No. 53 car for Rick Ware Racing, he announced Friday, June 18.

Eversley has one podium in the NASCAR Rolex Grand-Am Sports Car Series, as well as four podiums in the American Le Mans Series. He previously competed in five events in the IMSA WeatherTech SportsCar Championship.

“As an owner, it is great when we can do something pretty cool and outside of the box, giving drivers the opportunity to make a debut in a new series,” Ware said in a tweet reported by Bob Pockrass. His series and podcast are fantastic, and Ryan is really just a great guy.”

“They appreciate my love for the sport and know how grateful I am for this opportunity…” Eversley said. “I’m focused on learning the car, the series and doing the best job I can for our sponsors and our fans.”

Very happy to announce I’ll be making my @NASCAR debut in the #NASCAR Cup series at @roadamerica in 2 weeks for @RickWareRacing! Thanks to Rick and Lisa for giving me this opportunity! Sponsor announcement coming next week.. #53 pic.twitter.com/NjMunmeCBf

Several drivers have piloted the No. 53 car this season, including JJ Yeley and Garrett Smithley.

Sponsorship will be announced at a later date.