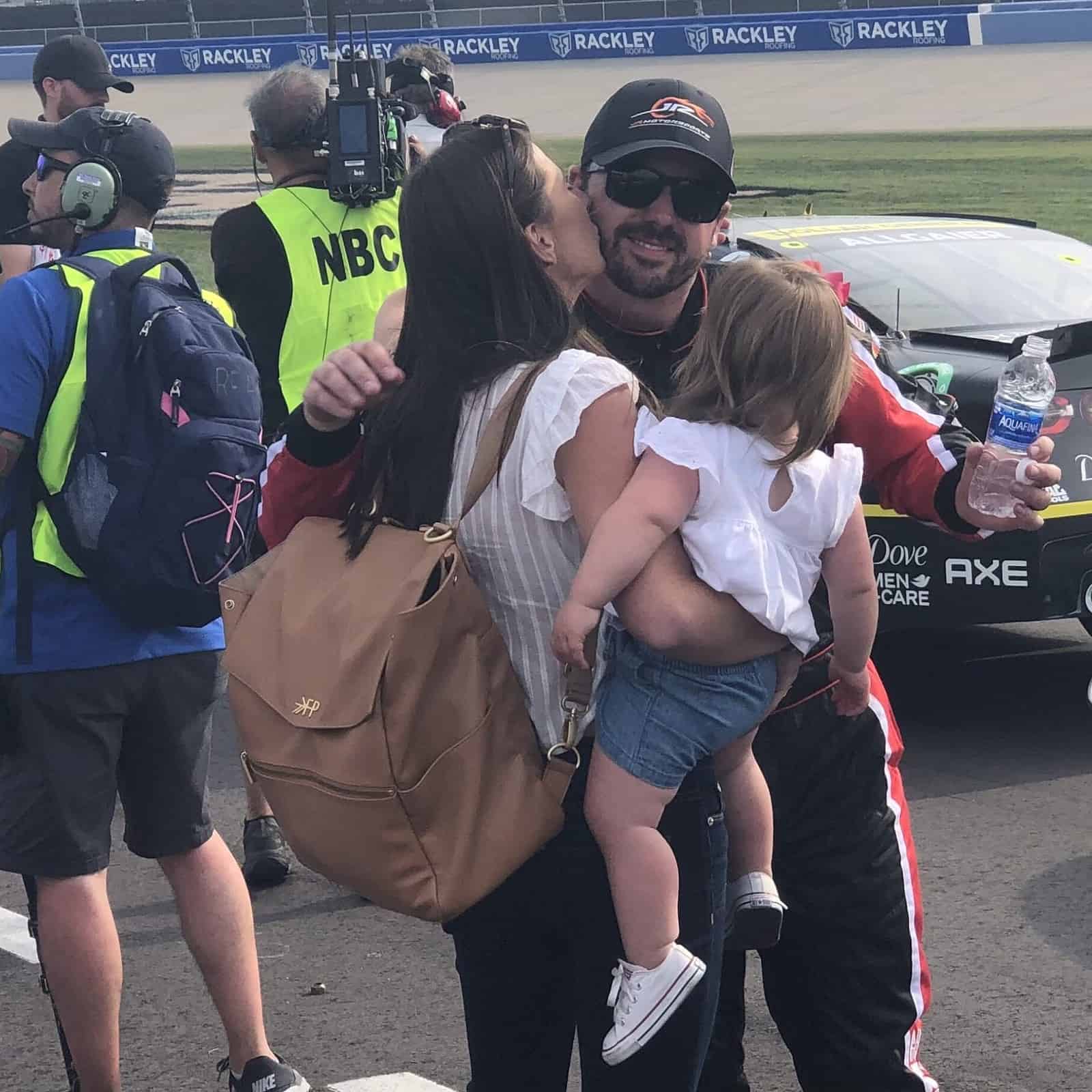 Josh Berry was a man on a mission at Nashville Superspeedway.

In front of his home state crowd and making his 12th and final scheduled Xfinity Series start for JR Motorsports, Berry charged through the field twice on the way to a top-five finish in Saturday’s (June 19) race.

A bad starting spot (22nd) and a failed pit strategy in the final stage (pitting off sequence only for the caution to come out) couldn’t keep the Late Model champion down. After restarting the race in 21st with 40 laps to go, a slew of late cautions and a mad dash in overtime helped Berry slip by with a fourth-place finish in a race won by Kyle Busch.

It was his fourth top five of the season.

“It’s just so fun getting to race fast racecars to get this opportunity,” Berry said afterward. “It’s discouraging, but I was on (crew chief) Taylor (Moyer) all year about making aggressive pit calls and trying to shoot for the wins. And I think he did that by trying to pit before (Justin Allgaier) because we felt like we were better than (Allgaier) and we could have maybe made a run at Kyle.  … I believe in Taylor 100%. We made each other winners this year and so I’m thankful for him.”

A year ago, Berry was in a different world.

The 30-year-old driver “was running up and down the East Coast” racing a Late Model in hopes of winning the NASCAR Advance Auto Parts Weekly Series championship for JR Motorsports.

That eventual triumph led JRM to surprise Berry with his slate of Xfinity races this season.

Over the course of the 12 races (plus another driving for Jordan Anderson at Mid-Ohio), Berry earned seven top 10s, including his first career win at Martinsville Speedway. He also recorded four DNFs for crashes.

“It’s so hard, early on I feel like this is trying to get the little things right: restarts, pit road, learning the air and now trying to be better examining what the car needs throughout the race to make us better,” Berry said, “Just a lot to keep up with.”

In the wake of his triumph at Martinsville, Berry also made his NASCAR Cup Series debut at Dover International Speedway on May 16 in a substitute role for Justin Haley at Spire Motorsports. He’s also made three Camping World Truck Series starts, earning a top 10 at Texas Motor Speedway last weekend.

“It’s been an amazing experience and I’m very thankful to get the opportunity,” Berry said. “It’s amazing how quickly things can change. I just got a great opportunity. (JR Motorsports) believed in me and thought I deserved the opportunity. And I feel like I made the most of it.

“I wasn’t perfect. I never thought I was gonna be perfect. I knew it was gonna be hard. I made my share mistakes along the way, but all in all, I think we proved that we belong. This group, the (No.) 8 group, they solidified me as a racecar driver. They help me prove myself and no matter what comes from here I’m thankful for them.”

While Berry will be replaced in the No. 8 Chevrolet by Sam Mayer after this weekend, he’s not going away just yet.

He’s slated to make his third start for Rackley W.A.R. in the Truck Series at Pocono Raceway (June 26).

“We’re just trying to keep getting experience in these cars,” Berry said. “I’m still involved in an important part of our Late Model program at JR Motorsports and I want to be able to run that when I can. I want that to be successful and continue on. And so we’re just going to be the mix. It’s going to be kind of week-to-week. We’re just trying to do the best I can with each opportunity I get.”

A talented driver and great personality , Josh Berry has NASCAR Championships in his future . He’s the master of LMSC short track racing and highly respected by most all of the drivers and fans at the short tracks around the Southeast !!!!!!!!!!