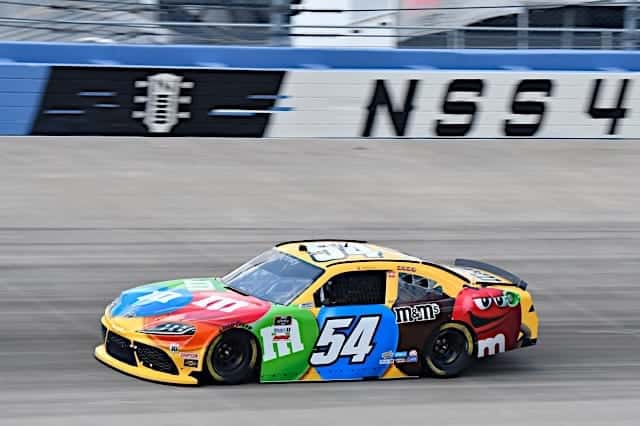 After winning at Texas Motor Speedway last week, Busch took the No. 54 Joe Gibbs Racing Toyota to 157.396 mph in a single lap.

Team Penske’s Austin Cindric was a little over a 10th of a second behind Busch, going 156.696 mph to claim a front row position. Busch’s JGR teammates Harrison Burton and Daniel Hemric begin in the second row, though Burton was the final driver going above 156 mph. Kaulig Racing’s AJ Allmendinger rounds out the top five, about three 10ths of a second back from first place and just off of Hemric.

Allmendinger’s cohort Jeb Burton was sixth quickest, not far behind the No. 16, and Brandon Jones brought all four JGR cars to start in the top seven. Myatt Snider was eighth, Jade Buford ninth and Noah Gragson completes the top 10 qualifiers.

Jones had a bit of a moment, spinning during his lap, but he continued on to get his lap time in a strong position. There were no other issues during qualifying.