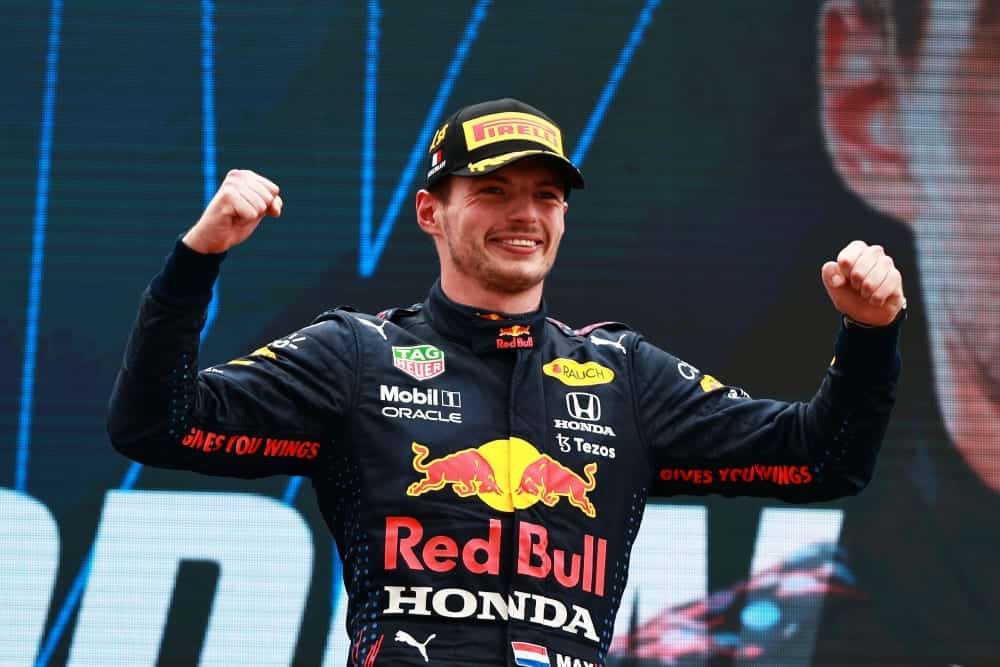 After the heartbreaking tyre failure that led to his DNF last time out in Baku, Max Verstappen was determined to get redemption. Heading into the French Grand Prix, it seemed like a steep task, as Mercedes has dominated the event since its revival. However, after playing a perfect two-stop strategy Verstappen motored his way to his third Formula 1 win of the season, passing Lewis Hamilton on the penultimate lap.

Fighting tyre wear proved to be just too much for Hamilton as his Mercedes couldn’t hold off the charging Red Bull, losing valuable points to Verstappen in the process. Sergio Perez looked after his tyres and blew past a slow Valtteri Bottas in order to claim his second consecutive podium.

France marked the first double podium of the season for Red Bull as well as Verstappen’s first win at Paul Ricard.

On the initial start, Verstappen got the jump on Hamilton. As Verstappen tried to correct a slide heading into turn two, Hamilton was able to blow by him and take the early lead. With the gap being around 2 seconds, the mid-field behind jostled for position as the Red Bull tried to catch up.

On the first set of pit stops, Red Bull pulled the trigger first, calling Verstappen in and keeping Perez out on track.  A fast stop by the Red Bull crew allowed Verstappen to leap frog Hamilton exiting the pits, while Perez would subsequently come in the next lap.

Christian Horner would later call Verstappen back in to pit, as his tyres were degrading at a rapid pace. Pitting on a new set of mediums, Verstappen now had to make up a nearly 18-second gap to race leader Hamilton. In shades of Barcelona, but in reverse, Verstappen took chunks out of Hamilton’s lead at a rapid pace. Catching and passing Bottas with around 10 to go, the race was now on to erase a 5-second gap to Hamilton.

With one-and-a-half laps to go, Verstappen would reel in and pass Hamilton on the second DRS straight and hold on for his third win of the season.

“At the beginning it was super difficult with the wind.” Verstappen said. “We made the call to do the two-stopper and luckily it paid off, but we had to work hard. The whole race we were fighting each other so I think it will be like this for the rest of the season.”

Lewis Hamilton had his fourth win of the season in his sights but sadly was out strategized on a race that should’ve been his. However, despite taking a loss in the standings Hamilton is still happy with Sunday’s (June 20) result.

“Considering where we were Friday, I have to be happy with today’s result.” Hamilton said. “I had no tyres at the end. We’ve got to dig deep, try and figure out [what we’re missing] on the straight. It was really surprising to run out of tyre.”

June 25-27 will see the tour travel to Spielberg for the first of two double headers in Austria. The Styrian Grand Prix will run first, replacing the Canadian/Turkish Grands Prix with the Austrian Grand Prix coming the following week in July.

I can’t wait to hear what Lewis has to say about the Mercedes team after this race and who he blames.